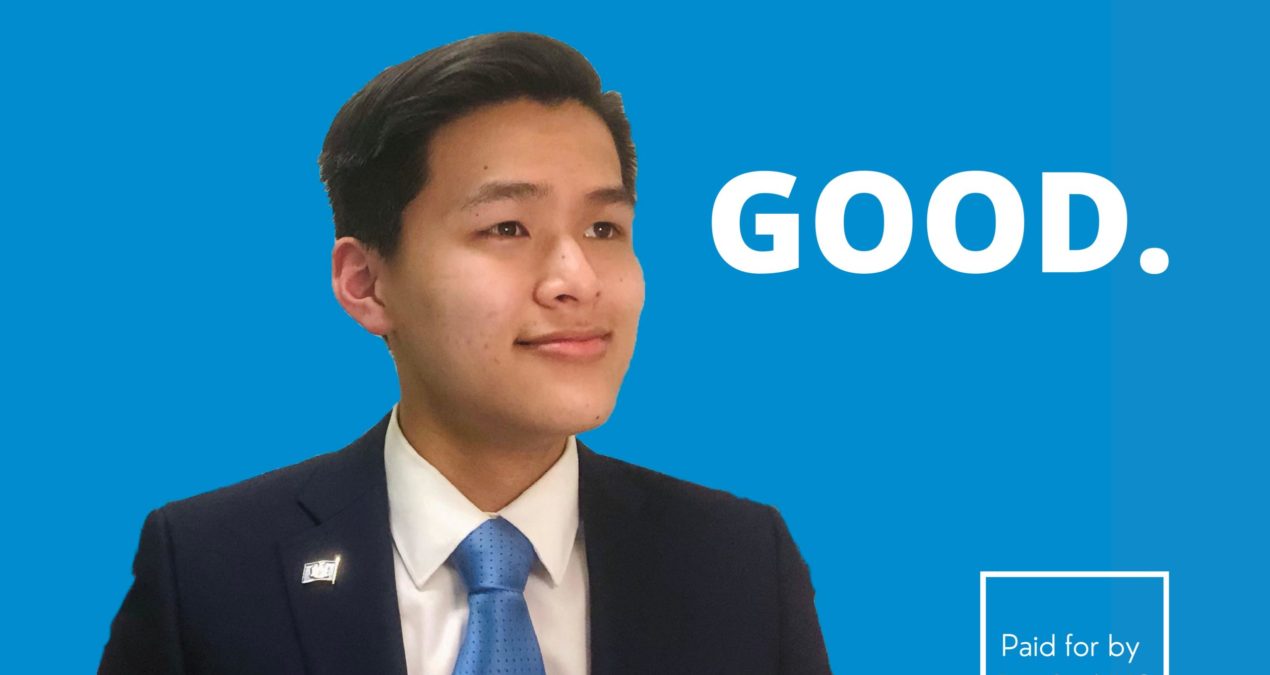 SARAH WUELLNER, Asst. Sports Editor—Student Alex Pan ‘24, is a young, 18 year old politician taking a large step into the political world by running for comptroller in his hometown, New York City. The position deals with being the chief financial officer of the city and the chief auditing officer for certain parts of New York City like the department of education to make sure they are using money effectively. But the job represents more: “This is a political position, not an economic position. You use money and you use this position to influence politics through service.”

The democratic primary will be held on June 22nd, 2021. To get on the ballot, Alex is running against about ten candidates. Pan’s commitment to his hometown has shaped his platform, and he furthers, “My campaign is about reforming the police and slashing debt so that future New Yorkers do not have to rely on the presidential administration to bail them out.”

Pan’s motivation to partake in politics began in high school. “I remember getting off the train one day, I saw a wanted poster looking for a fugitive and the night before the local in-law and his assistant were shot and killed due to a hate crime a couple of blocks from my place. All of the sudden you see a bunch of people here offering their condolences and then you see the mayor way behind lagging.”

Pan is up against major political heads with wealth and ties to corporations. “My campaign does not have many financial backers at the moment. We get to profit off of the free publicity, but we are not spending large sums of money on advertisements as the competitors are.” Pan’s campaign receives a few donations from supporters right now, but he anticipates fund-raising will be easier once he is on the ballot. “We have partnerships collecting signatures and the ability to talk to strangers and convert people to our cause.”

Not everyone has been taking him seriously, due to his young age, but if he succeeds and gets onto the ballot, they will be thrown off as they spent millions of dollars on their campaigns. “It’s identity politics, people vote with their guts, it’s about picking who you like the best just as a human being. It’s a lot easier to like an 18 year old with an inspirational story.” Pan also feels he has the financial experience needed for the job.

In the end, “The only real change happens when you start challenging the people who make decisions, and if you think that you can do better, do better. No one is going to be as passionate as you in the things that you care about. So if you think that this is where you belong, then you should throw your hat in the ring, no matter how much money you have, or what experience you have.”