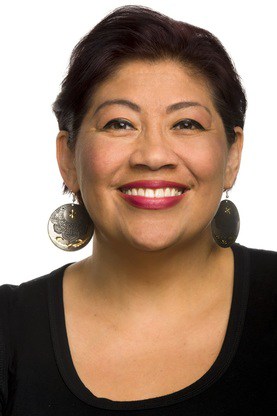 AARON SKUBBY, Editor-in-Chief—Denison welcomed Dr. Kim Tallbear to talk about her book “Native American DNA: Tribal Belonging and the False Promise of Genetic Science” which discusses the issues surrounding Native American heritage and identity in the age of genetic science.

Tallbear spoke as part of the Laura C. Harris series, which is an annual speaker series hosted by the Women’s and Gender Studies department.

Tallbear will be the keynote speaker for the 2021-2022 lecture series, which is titled “Imagining Together: Indigenous Activisms and Feminisms.”

TallBear is Associate Professor of Native Studies at the University of Alberta, and Canada Research Chair in Indigenous Peoples, Technoscience & Environment. She founded Indigeneous Science, Technology and Society, which is “an international research and teaching hub housed at the University of Alberta, for the burgeoning sub-field of Indigenous STS,” according to her website. She is also a citizen of the Sisseton-Wahpeton Oyate in South Dakota.

She came to Denison to talk about her book Native American DNA, which many students were reading in Women’s & Gender studies classes and other related courses. According to the preview from the Laura C. Harris series, “The book addresses questions with profound ramifications: Who is a Native American? And who gets to decide? In Native American DNA, TallBear shows how DNA testing is a powerful – and problematic – scientific process that is useful in determining close biological relatives.”

“TallBear notes that ideas about racial science, which informed white definitions of tribes in the nineteenth century, are unfortunately being revived in twenty-first-century laboratories,” the blurb continues. “Because today’s science seems so compelling, increasing numbers of Native Americans have begun to believe their own metaphors: ‘in our blood’ is giving way to ‘in our DNA.’ This rhetorical drift, she argues has significant consequences, and ultimately she shows how Native American claims to land, resources, and sovereignty that have taken generations to ratify may be seriously – and permanently – undermined.”

The discussion was facilitated by Dr. Clare Jen and Dr. Kelly Jo Fulkerson Dikuua. One of the first things Tallbear talked about was that “we need to trash the word identity in relation to indigeneity,” she said. Identity is not fixed, but rather relational – it is about living people and place.

With the rise of accessible DNA tests, issues around indigeneity have been shaken. Tallbear highlighted that from the beginning of settler-colonialism in America, white Americans have predicted the eventual decline and disappearance of indigenous people. But, Tallbear said that “rather than vanishing, the number of people who define themselves as indegenous worldwide is growing.”

Percentage based ancestry tests have been growing in popularity with companies like 23andMe making them widely available. But these are not what tribes or first nations use, Tallbear specified. Instead, they sometimes use tests that determine parentage.

Tallbear talked about three groups of scientific thought surrounding race. Racialists  think that races are biologically different, the colorblind category is anti-racialist, but often subscribes to the idea that “we’re all African under the skin,” according to Tallbear. Last are the antiracist scientists, who either believe that race is a social production that is irrelevant (social constructionists) or those who believe that people come to embody racism in some way (coproductionists).

Tipi Confessions is produced by three indigeneous women, and is an offshoot of the popular Austin based show “Bedpost Confessions.”

Stay tuned to see Dr. Tallbear next academic year as the keynote speaker for the Laura C. Harris series.