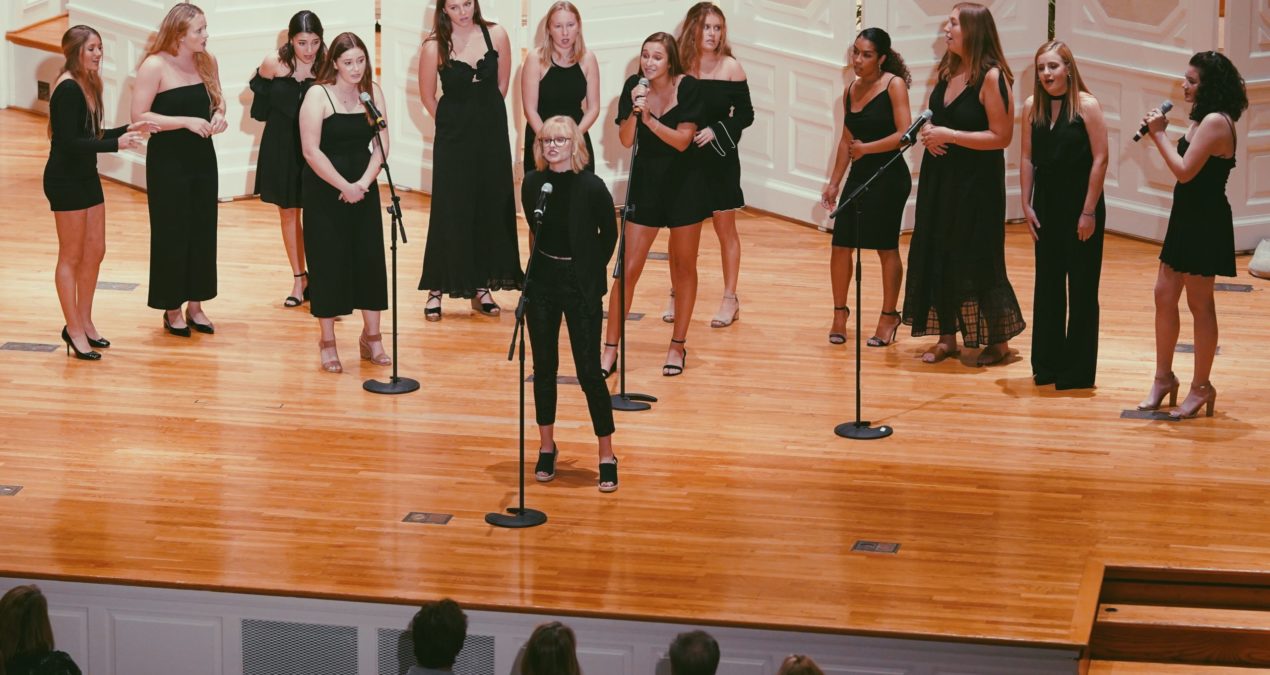 Senior recital performers reflect on their experiences with music

AARON SKUBBY, Editor-in-Chief— The senior recital is a capstone in the academic careers of music majors and minors at Denison, allowing them to show the product of all of their hard work and dedication during their time here.

Senior recitals give students the chance to showcase their skills in their areas of musical expertise – whether that be singing, composition, or playing an instrument. The recitals are typically held in the spring semester of a student’s senior year, and performances will be primarily alone or with an accompanist.

One such senior who will be performing soon is Teddy Reedy, who will perform a recital in guitar and composition. He is a music composition major with a minor in French and economics, who is from Northbrook, Illinois.

Reedy will be performing on March 31 at 7:30 p.m. in Sharon Martin Hall. He will perform 16 of his own compositions, 12 of which will be accompanied by student artwork that will be projected behind him. “This composition performance will be unique because a variety of art will correspond with the music,” he said.

His first song will be accompanied by singer Drew Nederveld ‘22, and the rest of the songs will be performed by Reedy alone.

Reedy explained the importance of music in his life: “Music has functioned as a form of therapy for me. Whenever I am down, I will pick up my guitar and just start playing. This has led to me creating my own album, which now has become sort of like my first baby,” he said.

Maddie Dirrim will also be performing a senior recital, which will be sung. “I will have a wonderful accompanist named Sarah Ramsey who will play with me throughout the entire performance. I’m also going to be joined by Dr. Evan Lynch, a professor here who plays clarinet, and Tema Cohen, a very close and talented friend of mine who will be singing a duet with me. The entire performance consists of a beautiful German piece, a couple of classical English works, and a few musical theatre songs as well,” she explained.

Dirrim is a English Literature major with a double minor in women’s and gender studies and vocal performance, from Toledo, Ohio. Her performance is on March 29 at 7:30 p.m.

“Music has been a part of my life for a very long time. My mom was the one who passed her love of singing to me; she has a beautiful voice and sang throughout high school and college,” she said. “When I was in middle school I used to dread going to my vocal lessons and get embarrassed to sing in front of others, but now I can look back and see how much I’ve grown just from my musical experiences.”

Both Reedy and Dirrim shared some of their favorite memories with music during their time at Denison.

“There are plenty of great memories, but I would say that my favorite memory was the composition seminar concert my junior year. It was great to not only hear my music played by the wonderful Ethel, but to also hear the compositions of my friends alongside me,” Reedy said.

“One of my favorite music-related memories from my time at Denison would have to be when Ladies’ Night Out performed at Big Red Weekend last year,” Dirrim said. “It was my first time performing a big concert as music director of the group, and I also sang one of my solos for the first time in front of a big audience. I was incredibly nervous, attempting to fake my confidence, and trying to have a fun night all at the same time. I shouldn’t have been worried, though, because the crowd went wild after we finished singing, and the entire group was just beaming with pride. It was one of the last times we would be able to perform in front of that many people, too, which makes it even more bittersweet.”

To see other students who will be performing senior recitals, check out the Featured Events tab on MyDenison.

Queer Cinema, one of student-led courses set over winter break