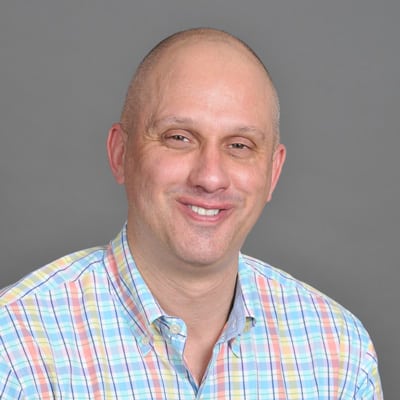 Excepting discrimination, Denison must remember the importance of debate

Farah Farah and Matt Nowling were rightly exercised over the webinar hosted by the Denison College Republicans that featured, among others, former Secretary of State Mike Pompeo. I too was frustrated. For instance:

I cannot believe Mr. Pompeo was paid. Please don’t misunderstand. I recognize how the market works and that political operatives, when they engage with the public in public forums, should be paid. But, Mr. Pompeo? Really? Really?

As Aaron Skubby’s reportage confirmed, Mr. Pompeo is intellectually vacuous.  Whatever may be said about his “great deal of experience in foreign policy and American politics,” his understandings of Black Lives Matter, the philosophical founding of the United States, and the landscape of higher education are woefully thin. I don’t begrudge the DCR for inviting Mr. Pompeo to speak, but I cannot believe he was worth the coin.

I also was disappointed by the seeming clown-car antics that overwhelmed the DCR’s efforts to appropriately and widely publicize the webinar, given its connection to the Ohio College Republican Federation Convention. Am I really to accept the “reality of the situation” meant the event could not be publicized until the day before it commenced?

Again, I have some sense of the workings of the world. My hunch is that Mr. Pompeo, a political operative of some standing and stature, surely is represented by a firm who surely made it difficult for the DCR to find true north and publicize the event in ways it should have been.  And this was disappointing, inasmuch as the convention featured Governor Michael DeWine and Senate candidates Jane Timken and Josh Mandel. Surely the Denison community might have appreciated the chance to hear these persons think aloud about our current political climate. The recalcitrance of Mr. Pompeo’s representatives notwithstanding, the DCR needed to do better.

And yet I cannot let slide the curious thinking Farah and Nowling asserted; the latter in an opinion piece in response to Mr. Pompeo’s remarks; the former as quoted in Skubby’s news article. Namely, both students believed the DCR committed some irredeemable sin simply by facilitating Mr. Pompeo’s speaking at the convention. As Nowling wrote, it was shameful that the DCR “granted a platform to a man who has constantly attacked multiculturalism and the foundations of American democracy.” Farah was equally convicted, asserting the College was having it “both ways” by “host[ing] an ‘anti-racism’ task force while allowing a demagogue’s right-hand man to be invited to campus.”

I think “having it both ways” is exactly what Denison should strive for. We must double-down on anti-racism work and everything it demands and provide spaces for robust, unfettered, serious conversations about serious ideas. If we don’t, why are we here?

Thoughtful people can have spirited disagreements about the 1619 Project, for instance. Indeed, principled disagreements over that Project’s scope, assertions, and assumptions have been on wide display and thoughtfully executed by some of this nation’s very finest historians. Likewise, a college campus must be a place where we debate why racial and gender equity precisely concern our national welfare. (It should go without saying, and: I disagree with Mr. Pompeo here too.)

I want to be clear: I am not saying all ideas are created equal. Indeed, I’m thoroughly disappointed the DCR settled for inviting Mr. Pompeo. Whatever his record of service, his thinking about serious issues is, it must be said again, wrong-headed, ill-informed, and just plain dumb. But serious debates inflected by the good thinking that may be found in Republican and Progressive circles—about, say, the scope, reach, and consequence of government—seem debates worth having, and we shouldn’t be afraid.

Let’s commit to this: All of us must stand by our words and recognize that, at some point, we may be mistaken about the supposed “truths” we hold. This humility does not mean racism or sexism or antidemocratic violence get a free pass. But surely we can muster the intellectual courage to listen, reflect, challenge, and strive to create something that might resemble the better angels of our nature. Schools like Denison must lead where questions of spirited, rigorous intellectual debate are concerned. We can be brave and good.

Dr. Jeffrey Kurtz is a professor of communication at Denison University.

A toast to Denison