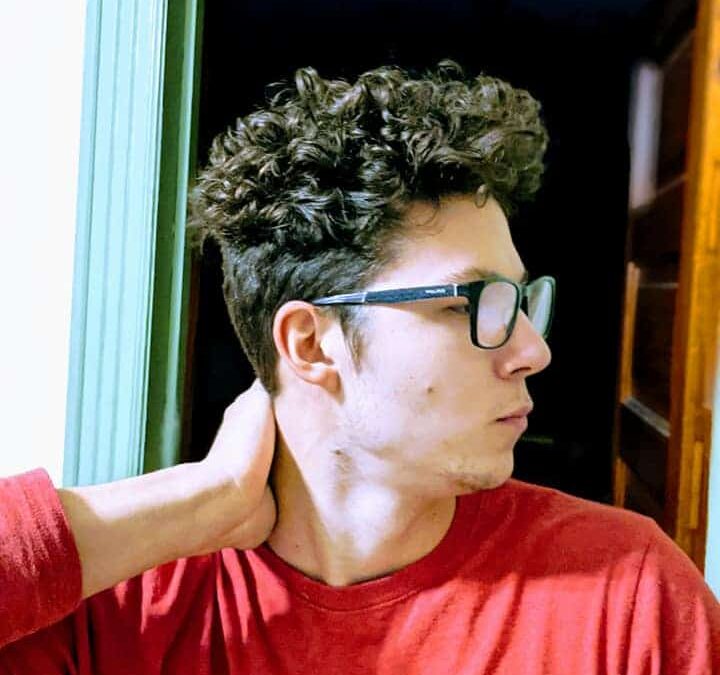 DAYDEON BARON-GALBAVI, Special to The Denisonian—There has been vibrant debate on campus recently about the necessity for security cameras. This is the opinion that opposes surveillance on principle. Cameras in dorm halls disturb our privacy, peace of mind, and the freedom of Denison students to be unsuspected of a crime. The ACLU has written extensively about how securitization imperils minorities especially, who are subject to institutional violence day in and day out. I have that in mind in my approach.

Edward Snowden once said that “If you are being watched you act less free, so you effectively are less free.” This rings true in the case of camera surveillance. Being watched evokes the eerie pressure to conform. This is supported by a body of psychological research, which demonstrates that the mere presence of authority alters our behavior. This effect was shown for me in the Milgram experiment in Psych 100. No need to linger on the outcomes of that experiment, but I implore you to check it out. The reality is that when we feel the presence of being watched, we are not just uncomfortable. We act differently. We conform to the standards we feel are imposed.

When doing research in advance of this article, I was able to locate a Denisonian article from three years ago that Nathaniel Beach wrote of the alternate point of view. He claimed that the yet-to-be installed cameras in public spaces would not be actively monitored. His prediction was wrong. It is true that there is not a specific officer designated to monitor us at all times. But the footage is constantly rolling in P1 and is viewed often, albeit irregularly. We are already being watched. Why should that extend into our private spaces?

We should grapple with the most immediate issue on the critical side, which is the discomfort which surveillance brings. Dorm halls are a private space. They are homely settings. We walk from the showers in these corridors. We mind our affairs there. We come and go, often expecting solitude. We share greetings, embraces, and a last night’s kiss in these hallways. If you are not convinced by the intimate imagery I have laid out, consider that dorm buildings are locked. This is not only for our safety in a physical sense. We swipe into our buildings because it delineates where the public can and cannot go. Halls may not be as private as a room. But they are the entryways to our residential communities. They are the space in which we share a medium level of private comfort. They are the liminal spaces in which life is taking place, between “out there” and “in here.” That makes them private. We as people are entitled to that little bit of space untouched by the outside world as we make our homes on the Hill. To be watched by security’s suspicious eye in these spaces is to repress our space and make us feel that it is not really meant for us.

Securitization is the general process of erecting symbols that make us feel secure, though they may often do little for our protection. How securitization affects freedom is that is puts us into a threatened mindset. The line between being watched and feeling like a criminal is blurred. We act less free as a result. To make another example known, note the Transportation Security Administration’s airport checkpoints. The TSA apprehends each air traveler. They violate citizens forcibly. Often, their securitization mindset engenders a bias against Muslims and Arabs. But the TSA has never technically stopped a single attack. It is a symbolic show of power which only serves to make the public feel like something was done. The same it is with cameras aimed at Denison students. The cameras are unlikely to prevent any attack from occurring since attacks are far less likely to occur in a public space than in an actual room. We are better off addressing factors of offense and responsibility.

Cameras cause us to criminalize minority students. The racial violence that minorities face is astounding. This is largely exacerbated by the increase of the surveillance state, since biased camera monitors are likely to ascribe criminality to Black men over white men. In one specific study I recently learned about, the same white monitors were five to ten times more likely to ascribe a criminal motive to a Black man approaching a bank teller than a white man. This holds true for all people who have biases and power. I would like us to reflect on whether we want to expand the eye of our very own police into our lives, or to refrain from that risk. Even if you are one who claims there is no racial bias inherent in the act of policing, please examine the ACLU’s evidence as to how suspicion is pinned onto minority communities in such a way.

Having connected the issue with bias, securitization, and crime, I want to expand into general philosophy. The presumption that someone will commit a crime is an unfalsifiable claim since it is a double-negative prediction. We cannot prove, for example, that Leslie will not commit an offense. We can only choose to believe that some thing or another is true about Leslie’s intentions. But as is famously known, the lack of evidence for the one is not the evidence for the other. We can therefore not prove that a crime will occur or has occurred. We may only make judgements as to whether we believe Leslie is a criminal (again, this is highly racial). The presumption that any Denison student will commit a crime is a fallacious one, though we know that some may at some point. The issue is that statistics do not automatically criminalize a particular actor, the motives for whom are unknown. The cameras therefore only provide corroborating evidence for what crimes have passed. As to whether you would want to tradeoff between presuming innocence and the possibility of corroborating evidence, that is your choice. But we cannot assert any full fact based on the image of a passerby.

A leading claim among the proponents of surveillance is that when we are watched, we act less criminally. They say that if only we were monitored, crime would be prevented before it took place. This is probably not true. Being watched does not tend to alter the motive to offend, itself. It merely alters the criminal’s plan regarding location and time. Criminality is a psychological component that does not go away when the cameras are looking. For the same reason that the TSA may have deterred terrorist attacks on airplanes, there have been other terror attacks at alternative locations. The presence of authority merely deters the crime from that particular moment in that particular place. It does not alter the psychology of criminality or the social trust we maintain as a community. Instead, that student is likely to commit that offense in a different setting. We should therefore focus on the incentives, repercussions, and accountability regarding violence committed between Denison students.

For the sake of our individual privacy, the peace that home brings, and the interest of protecting our community from being over-criminalized, let us reflect on the serious consequences of securitization. Let us choose freedom.

Daydeon Baron-Galbavi ’21 is a philosophy, politics, and economics (PPE) major with a classics minor from Monroe, MI. He is the president of the Denison Libertarians.

Culture does not equal costume