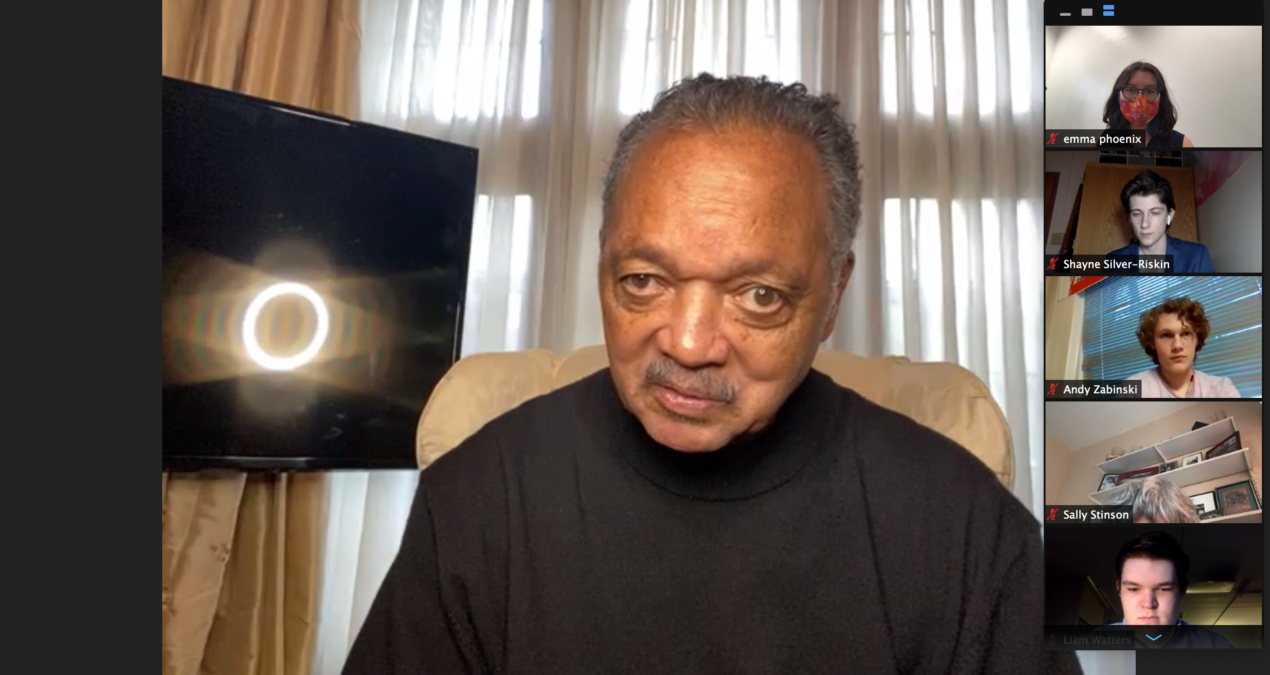 HARRISON HAMM, Opinion Editor—When Rev. Jesse Jackson Sr. speaks, everyone listens. Parkinson’s disease has limited his speech and mobility, but at 79, he has led an admirable life as a prominent civil rights advocate since marching with Martin Luther King Jr. in the 1960s—and he hasn’t stopped pushing for racial equality.

This past week, Rev. Jackson Sr. came to Denison as a Zoom guest speaker of the Denison Democrats in a virtual Q&A session.

Rev. Jackson Sr. is as forward-thinking as ever. He is encouraged by the guilty verdict in the Derek Chauvin trial, but he described it as “a first down, not a touchdown.” A touchdown, for Rev. Jackson Sr., would be the passing of the George Floyd Bill which would, among other things, establish a National Police Misconduct Registry.

As someone who protested segregation in the 1960s, he brings an important perspective to the civil rights issues of today. He responded favorably to the comparisons drawn between President Joe Biden and Lyndon B. Johnson, who signed the civil rights legislation of the ‘60s.

“Exceptionally well,” he says, asked about how Biden has performed as president. “He reminds me a lot of Lyndon Johnson.” Rev. Jackson Sr. noted the challenges of following Donald Trump and dealing with the COVID-19 pandemic.

The protests of today, he says, are “not Blacks only.” That’s how he described what King would see as the biggest difference between the protests in the ‘60s and the protests today: the involvement of more groups. “Young America … it’s a movement out of distaste for blatant injustice,” he said. “… in many ways, (the protests) were more white than Black, and brown.” He referenced the endorsements he received from white politicians like Bernie Sanders while running for president in 1984 and 1988.

“When racism is (ended) structurally, we all benefit,” he said. “All we need now is to come together across lines of race for (better) wages, healthcare, and education … choose hope over fear.”

A progressive when he ran in the ‘80s, he expressed support for the universal healthcare plan that politicians like Sanders and Alexandria Ocasio-Cortez are fighting for. He advocated ending student loan debt, and said that mass incarceration is a “waste of talent.”

Parkinson’s has limited his ability to speak with stutters and pauses, but his mind remains sharp, and he has not stopped his advocacy. He spent part of last week in Minnesota for the Chauvin verdict, meeting with George Floyd’s family and the governor of Minnesota.

His goals are the same as they always have been. “We must not surrender to darkness,” he says.

Physics professor had exciting NASA career prior to Denison