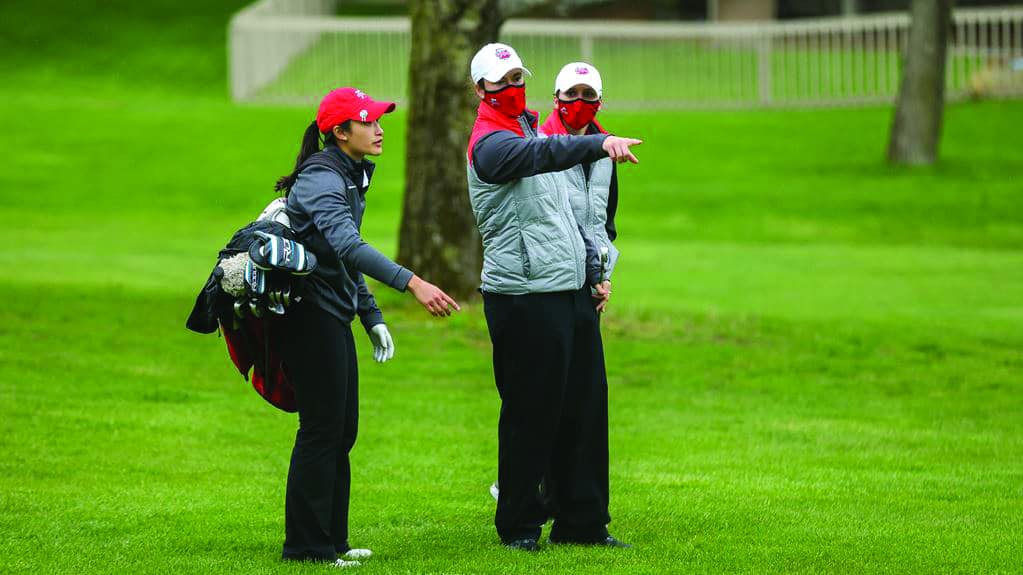 AARON SKUBBY, Editor-in-Chief—After the first round, both the Men’s and Women’s Golf teams are off to a strong lead in what could be each team’s first ever NCAC Championship win.

The men’s team is entering the final round with a 15-stroke lead over Wittenberg, with other teams trailing by even more. The team posted a score of 279, the second lowest in program history.

Will Grady ‘21 led the team when he shot a career low -4, 67 which ties the second lowest 18-hole score in Denison men’s golf history. Sam Davis ‘23 and Ben Scherman ‘22 both shot -1, placing them in a tie for third. Jesse Felker ‘23 and Marc Mitchell shot rounds of 72 and 73 respectively to complete the starting five.

“It was incredible to have our lone senior, Will Grady, shoot 67 in Saturday’s round and it just inspires all of us to go to the same at Westbrook this upcoming weekend,” Mitchell said. The final round of the tournament will be held on May 1 at Westbrook Country Club.

If the team wins, they will advance to the NCAA tournament for the first time in program history. “We’re all just so excited to keep building upon the foundation we’ve been laying all year,” Mitchell said.

The Women’s Golf team posted an equally strong performance this past weekend. Their 308 stroke performance is a season high, and the third best showing in program history. They hold a 16-stroke lead over second place Depauw going into the final round.

“I could not be more proud of our team’s performance this weekend,” Sophia Alexander ‘22 said. “We have been working extremely hard in preparation for our return to the conference championship after the unfortunate turn of events last year. We made the most of our time off together, pushing one another while nurturing our relationships and team culture,” she said.

Megan Wong ‘21 and Sophia Alexander each posted season-low 74s, which puts them tied for first in the tournament by five strokes. Julia Shafir ‘23 secured third place with a 79, which ties her career-best performance. Laine Hursh ‘23 and Megan Munn ‘22 rounded out the starting lineup with solid performances.

“Our work and dedication in the off season came together beautifully on Saturday. Each player posted a solid score that places us in an awesome position going into the second round next weekend,” Alexander said.

The team will also finish on May 1 at Westbrook Country Club, which is located in Mansfield, Ohio. “We are looking forward to the opportunity to make it to the NCAA tournament for the first time in Denison women’s golf history!” Alexander said.

Students reflect on the benefits of playing intramural sports