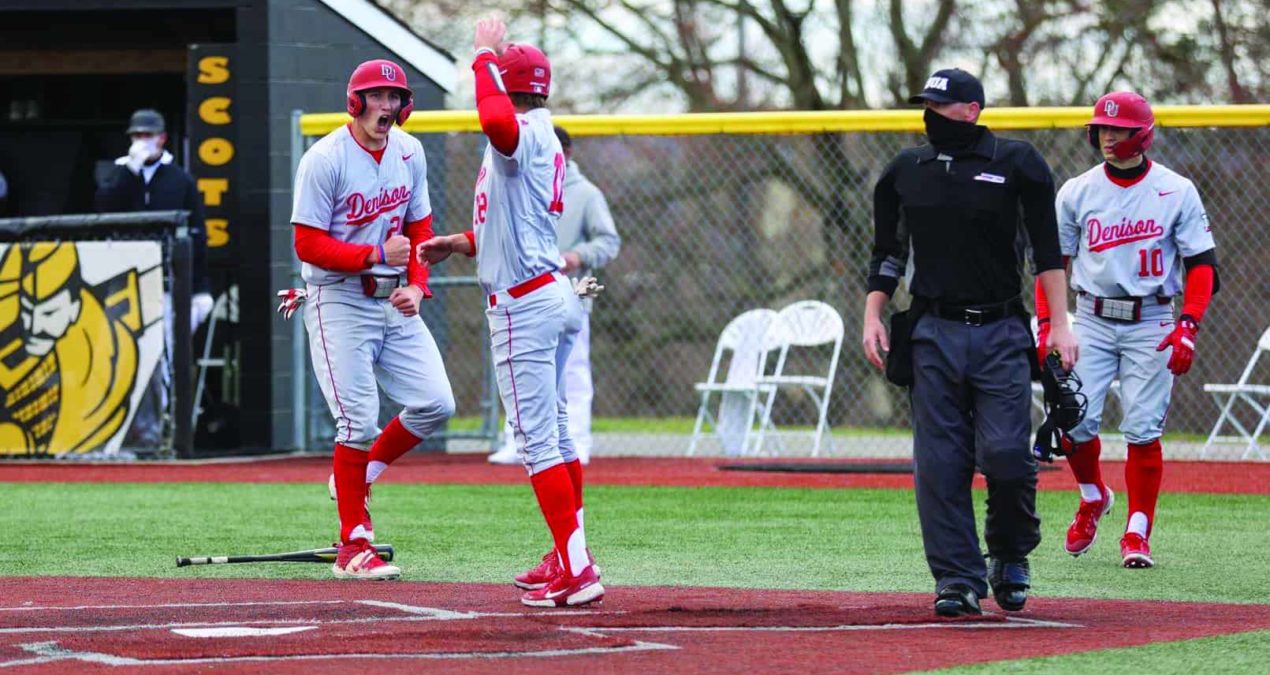 JAKOB LUCAS, Sports Editor—Men’s and Women’s golf were not the only victors over this past week. Nearly every Denison team who played emerged victorious.

Women’s Soccer shut out Ohio Wesleyan 5-0 at home last Saturday, May 1, to finish out their abbreviated season undefeated at 3-0.

Men’s Tennis notched a 5-0 away victory against Kenyon last Wednesday, April 28. With that victory, the team finishes their regular season 6-0 in NCAC East divisional play. This coming Friday, May 7, Denison will host Depauw at 2:00 p.m. in the NCAC Men’s Tennis Championship.

Men’s Lacrosse secured two victories over the past week. The first came at Wittenberg last Wednesday, April 28, with a 22-4 score line. Last Saturday, May 2, the team continued their display of dominance, defeating Wittenberg 24-4 at home. Their two wins have earned Men’s Lacrosse a spot in NCAC championship, hosting Kenyon this coming Saturday, May 8. As of writing, the time of the match is still to be determined.

Baseball split their 4-game series against Wittenberg this past Saturday and Sunday, May 1 and 2. On Saturday, they won game one 12-2 and fell 8-7 in game 2. In Sunday’s match ups, they won game 1 10-8, before losing game two 1-0. However, their two losses this weekend did not make much difference. The two victories meant that Big Red clinched first place in the NCAC West and will now face Wooster in the NCAC championship series at a time to be determined.

In Women’s Lacrosse, Liza Farnham ‘21 snuck in a shot right before the buzzer to close out the incredibly close game on Saturday, May 1, with a 14-13 victory for No. 9 Big Red over Wooster. The win secured Denison’s 22nd NCAC championship and 15th NCAC Tournament championship, their seventh-straight since 2014. Moreover, the championship guarantees them a spot in the 2021 NCAA Division III Tournament.

Softball finished their home schedule against Wittenberg last Saturday, May 1, splitting their games. During game 1 Big Red Softball came out swinging and won 6-3. However, Wittenberg managed to gain the upper hand in game two coming out on top 8-3. Saturday was also senior day and, before the games, Denison honored seniors Gabi Dufresne and Emily DeSheles for their four years spent with the program.

Come back next week for more updates!