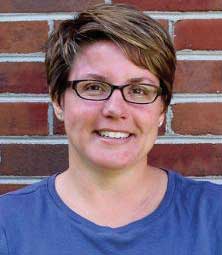 During a press release in early August, head filed hockey coach P. J. Soteriades announced that her sister, Nikki Wimsatt, will serve as head coach for the 2013 season while she is on maternity leave. In addition to naming Wimsatt head coach, Soteraides has also named Victor Brady as Denison’s new assistant coach for the upcoming season.

Wimsatt, a 1996 graduate of Ohio University, was a four-year starter on the Bobcat field hockey team. While Wimsatt graduated with a degree in special education, there was no doubt that her love for field hockey would continue after graduation. Wimsatt recently completed her fourth year of assistant coaching under her mother, Marge Redmond, at Ohio Wesleyan University. Before her time at OWU, Wimsatt served as head coach for nine seasons at Upper Arlington High School, as well as co-chair for the Senior All-Star Field Hockey game for nine years.

Brady, a 2013 graduate of Swarthmore College, has just recently received his Bachelors of Arts degree in Political Science. During his undergraduate career Brady served as a student assistant for four different varsity teams. For four years though Brady assisted the Garnet field hockey staff in game film analysis and opponent scouting. He would also organize goalkeeper practices, designed and implemented goalkeeping drills which included shooting, interception and footwork.

“I am thrilled to be coaching field hockey at Denison.  When looking for coaching jobs this spring, one of the most important factors for me was the mission of the school itself.  I firmly believe that athletics, especially at the Division III level, supplement and enhance a liberal arts education and to be an effective coach means to buy into [the] University.  Dr. Weinberg speaks about thinking critically, understanding deeply, and connecting broadly, and these are very much the same tenets that undergird my coaching philosophy.  Having a relatively nontraditional field hockey background, I feel extremely fortunate for the opportunity provided to me by Coach Soteriades,” Brady said.

In Brady’s first season as a part of the Big Red team, he will be working primarily with the goalkeepers, assisting in video breakdown and analysis, along with helping in the recruiting process.

The girl’s season has also already started off strong with these two new coaches. They won their first game on September 3rd against Ohio Wesleyan, and since then the Big Red women are already 5-1 at the end of last Wednesday’s game against Wittenberg.

“Our first three wins were all in overtime and so they were certainly exciting, and we are coming off our first shutout of the season 4-0 against Wittenberg.  Getting the opportunity to go to Baltimore and play Johns Hopkins and Washington, both of the Centennial Conference, was extremely beneficial: the Centennial is consistently one of the top Conferences in Division III (Massey Ratings had the Centennial Conference as the number three field hockey conference last year) and Johns Hopkins and Washington are two consistently very strong teams,” Brady expressed.

Denison plans to take the field again on September 25th in a home game against Wooster.

“I absolutely love the women on the team and I am truly honored to get to work with them and learn from them every day.  They have been exceptionally welcoming and receptive, and their dynamic individualities intertwine wonderfully as the collective team.  Every single player makes significant and irreplaceable contributions to this team. I am so excited to get to know each of them even better as the season, and the year, progresses,” Brady concluded.