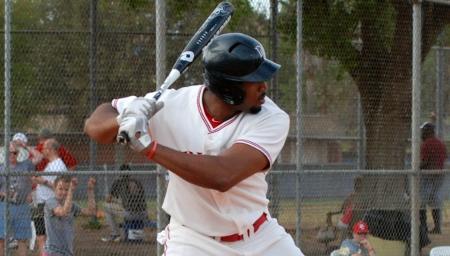 The Big Red baseball team returned from its spring break trip to Winter Haven, Fla. with a 3-5 record, moving them to 3-7 on their young season.

Despite their sub-500 record, the team feels as though they progressed with a foundational experience.

“In order to be the best you have to play the best. We competed with some of the best teams in the country, and more than anything we can use it as a foundation for where we want to get,”  Andrew Touhy ’14 said.

Denison’s pitching was not their normal self early on in the week as they fell 17-7 to Eastern Connecticut State.

While the pitching was having an off day, the bats came out swinging for Denison as they tried to keep the team in the game as much as possible.

The team fought hard to collect 15 hits while plating 7 runs in an enthusiastic effort that fell just short.

Starting centerfielder Charlie Apfelbach ’15 went 1 for 4 in the game with 2 RBIs.

“The hitters battled all day long, but every time we put a few runs on the board [Eastern Connecticut State] would respond. Unfortunately, we just failed to execute with runners in scoring position,” Apfelbach commented.

The end of the week proved to be more encouraging for the Big Red, as the team’s pitching and hitting worked together to manufacture some important wins.

Denison beat Keene State College 9-5. Colgain rebounded to pitch for 6 innings, allowing only 6 hits and 3 runs, while striking out 6 and collecting his first win of his season.

Apfelbach went 2 for 5 and Touhy went 1 for 4 with a walk and 2 runs scored for the Big Red.

The win proved to the team that they can compete with some of the best teams in the country.

“It was a great experience to play national-caliber teams because there’s a lot to learn from playing them. These teams show what it takes to contend at a national level, so it’s important for us to learn from them and then improve our game from past mistakes,” Apfelbach said.

The first game was a blowout win for Denison, winning 12-2 behind a stellar pitching performance from Connor Murphy ’14, who pitched 6 innings allowing 2 runs on 6 hits and striking out 5.

Denison won the second game against Anderson 8-7 in extra innings.

Murphy continued his excellence on the mound by striking out 4 batters in 6 innings of work.

Zac Lewinski ’15 went 1 for 2 with 1 RBI but it was Touhy who pushed Denison to victory with a walk-off single to right center field in the 11th inning.

It was a week of progression for the Denison baseball team as they prepare for their upcoming conference schedule.

Playing so many competitive teams has proved to be an invaluable asset for the team.

“The teams we played were stronger, especially in terms of pitching. We learned how to play at a higher level and that will help us dominate conference,” Touhy concluded.