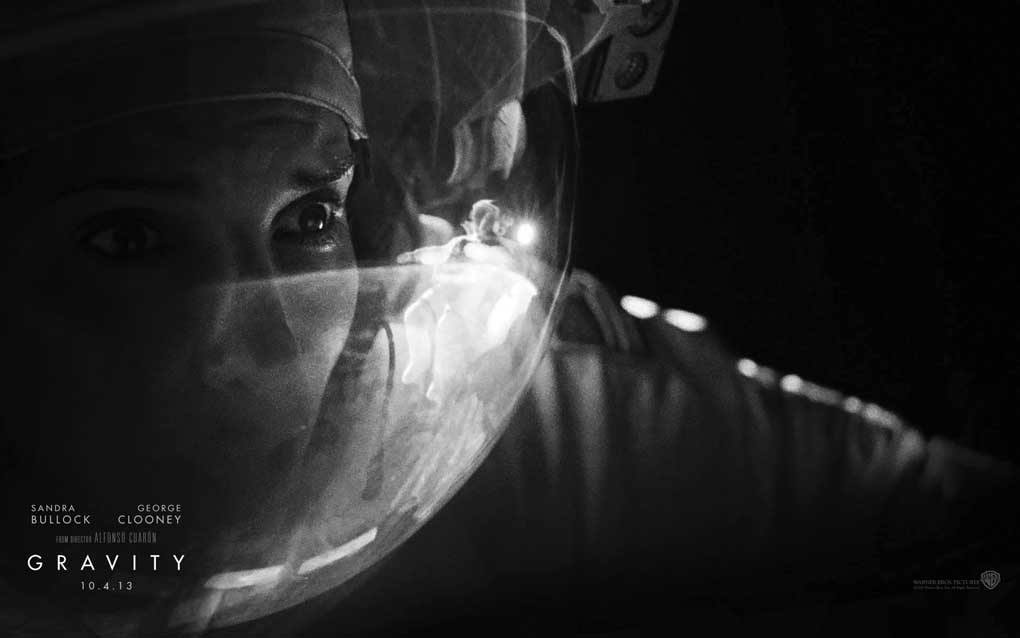 Gravity: A new film and a spacewalk to remember

For some, the natural allure of moviegoing is the escapist prospect of being transported into another reality. This stimulating sensation is most enjoyable when it results from entering a truly unknown place, one that inverts our individual perceptions of existence. Especially in the last decades, with visual effects from movies like Avatar or Inception, the creation of an eerily authentic world is now a familiar phenomenon. This year, director Alfonso Cuarón has raised the bar.
Rarely has a film captured a more sophisticated and awe-inspiring visual presentation than the aesthetics on display in “Gravity.” Dubbed an “astro-thriller” by the media, “Gravity’s” story unfolds entirely outside the realm of our atmosphere, spare one or two minutes. As space shuttle Explorer sits suspended in the vacuum of space, Matt Kowalski (George Clooney), a witty veteran spacewalker on his last mission before retirement, hums around the shuttle, propelled by his jet pack. Kowalski is heading a mission to make repairs on the shuttle, overseeing the work of Ryan Stone (Sandra Bullock), a medical engineer on her rookie mission. Stone is uneasy from the beginning, foreboding the ensuing drama. Initiated from a self-destructed Russian satellite, a cloud of debris hurtling through space towards the Explorer sets the narrative in motion.
Ironically, it is the terrific chaos caused by the debris’ destructive power that makes for the most beautiful segments of “Gravity.” Unlike the explosions from your typical Hollywood blockbuster, carnage from the  shuttle decimation proceeds soundlessly. The silence peppered throughout “Gravity” is uncomfortably broken only by the heaving breaths of Stone, one of film’s many stress-inducing mechanisms. Cuarón expertly interjects this mute terror amid moments devoted to the vast openness of space, making the peril of Stone and Kowalski appear meaningless in the scope of the universe.
The sheer visual feat of “Gravity” does not stand alone. Inside Cuarón’s production lies a compelling narrative driven by Stone. Early on it becomes known that Stone, having lost a daughter, and Kowalski, a divorcee, endure inner turmoil. With their vulnerability exposed, philosophical tone seeps through screen as the camera tracks the duo with glides and twirls. As the astronauts peer down on Earth, their isolation and revelation of their minuscule value claws at their will to survive. In the culmination, the tale becomes just as much about the personal transformation of Stone as it is about Cuarón’s visual prowess. The balance achieved between the two is an accomplishment that makes “Gravity” all the more majestic.
“Gravity” arrives during an age when streaming movies and TV shows, whether illegally or not, is making a noticeable dent in the box office success of films. Certainly, waiting to view the latest Adam Sandler rom-com until it hits Netflix is a worthy way to spend your time. Nonetheless, in the case of “Gravity,” where intergalactic satellite collisions recklessly spew in your face through 3D goggles, the necessity for a silver screen is there. If your thirst for sci-fi thrillers must be quenched, visit Cuarón’s “Gravity” and submit yourself to a truly cinematic experience.

“The Rise Of Skywalker” concludes the “Star Wars” saga unsatisfyingly