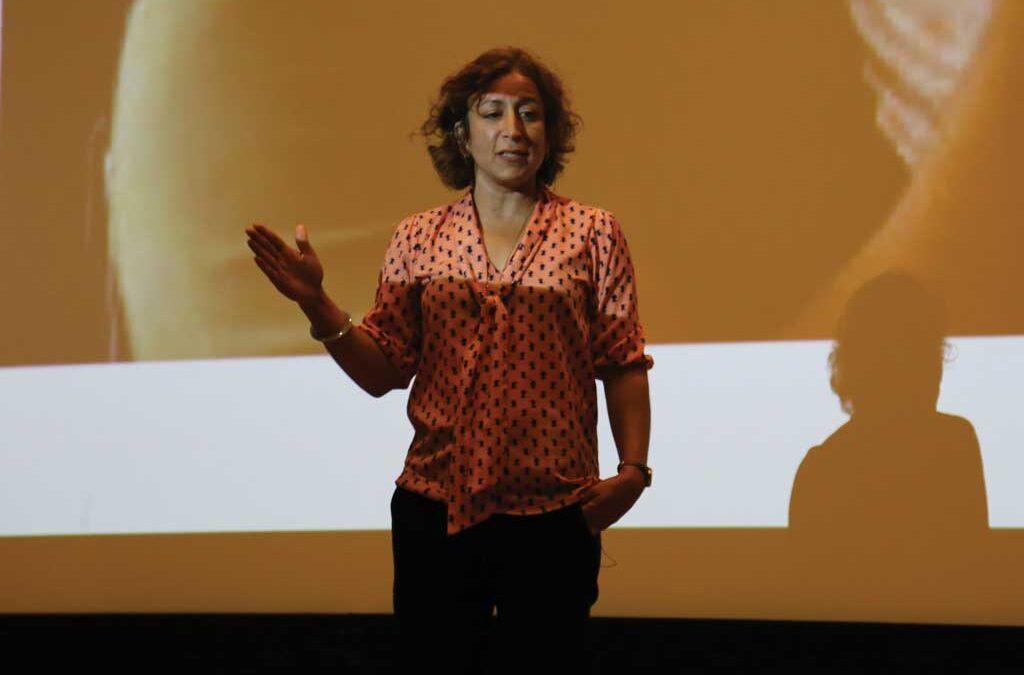 According to Hanna Rosin, women are rising above men in the workforce.

Although she spoke about feminist topics and about women, she focused on women rising to the top and not on men being shoved to the bottom, as the title may suggest.

Rosin came to Denison on Thursday, Oct. 26, becoming the year’s first speaker for the Laura C. Harris Symposium series. The event was titled The End of Men, based on her book, “The End of Men: And the Rise of Women.”

The main point of the lecture was to explain the change women have gone through in society over the years. Women, for example, used to have the job of taking care of the home while men were the breadwinners, or money-makers, of the household. Today, however, the majority of women are the household breadwinners. This has occurred for a variety of reasons: women aren’t getting married as early or at all, women are more likely to get a college degree, and women didn’t take as much of a hit during the recession.

Rosin also talked about the change in men. Stay-at-home dads are more common and more accepted today, for example. Men are also more content with making less money than their wives. However, despite the higher positions women hold in society today, they still face problems. There are very few women in executive positions in business, creating a higher, but still solid glass ceiling. Women are also still expected to be passive and docile in most places; not only in the home, but also at work and in business positions.