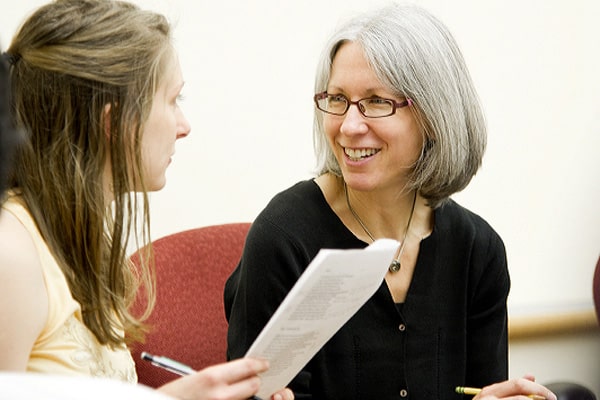 Dr. Margot Singer, associate professor of English, was awarded the James Jones First Novel Fellowship, which gives the winner $10,000 for a novel in process. She started working on the current draft of her novel, entitled The Art of Fugue, two years ago when she took a sabbatical, but she began working with the idea of this book in 2007.

Singer’s novel was one of 666 drafts that were submitted into the competition, and the competition required all the authors to submit the first 100 pages of their books. Singer said, “I didn’t expect to get as far as I did. I received e-mails all summer about the competition, so I was really excited and nervous to hear their final decision.”

Her book takes place in London in 2005 when the London bombings took place. The book is written in the third person, but there are several different characters in the book who are all in their own state of fugue, meaning they are paranoid and confused about what is happening around them.

Although this is Singer’s first novel, she has written several short stories that have been published in literary magazines such as “The Kenyon Review, “Conjunctions,” “The Gettysburg Review,” “Shenandoah,” and multiple others. Additionally, Singer is also the co-editor of “Bending Genre: Essays on Creative Nonfiction,” which contains a series of critical essays.

Singer said she generally just comes up with an idea and decides to write about it, but because this idea felt so big, she decided that it should be a novel. She also said that she likes the idea of writing a novel, and she “wanted to try [her] hand at writing one.”

She is not sure when this novel will be completed, but she feels like she is currently about half way finished writing it. She plans to teach one fewer class next semester in order to allot more time to finishing her book.

However, she was most happy that “someone [she] didn’t know actually said they liked it.” She said, “It’s nice to have one of your friends or colleagues say they like your book, but it’s a really good feeling when someone you don’t know says they like it, too. It’s definitely encouraging as a writer.”