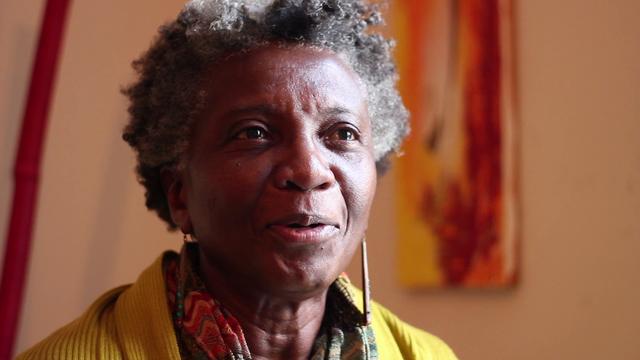 M. Jacqui Alexander visited Denison University this week with a mission to revive student activism and encourage a radical approach towards social change.

Alexander, a renowned writer and professor at the University of Toronto, has drawn international attention with her recent publication Pedagogies of Crossing: Meditations on Feminism, Sexual Politics, Memory and the Sacred. Her work focuses on anti-colonial, feminist, women of color and queer movements worldwide.

M. Jacqui Alexander presented a talk entitled “On Border Crossings, Feminism, Transnationalism and You” in addition to leading “Building Community, Practicing Solidarity,” a student activism workshop as a part of the Laura C. Harris Symposium.

During her talk, Alexander highlighted the dangers of constructing borders and how these borders, literal and figurative, prevent activists from fully examining and approaching social issues in an effective manner.

She stressed the importance of understanding unequal relationships as opposed to attributing certain characteristics (i.e. culture) to a particular group. In particular, she charged listeners to reject the notion of borders and ethnocentric conceptions in order to fully understand social issues. Nancy Aguilar, a senior sociology and anthropology major from Chicago, Ill. describes Alexander as “an eloquent speaker that got [students] thinking about the production of knowledge and enriched our mindsets.”

Alexander urged student leaders to actively pursue their visions for campus by being honest. According to Alexander, the first step towards moving from dialogue to action is to find common ground. This common ground can only be reached if we stop “playing nice.”  Although this is hard work, she urges that it is the only first step towards making meaningful change on campus and elsewhere.

M. Jacqui Alexander’s charge to the Denison community comes at an interesting time on campus. The introduction of a new president, current public dialogue about diversity and the renewed visibility of several groups has created a unique opportunity to reform Denison into the kind of community we envision. Maya L. Zeigler, a junior sociology and anthropology and black studies double major from Philadelphia, PA expressed a revived commitment to working on social issues after attending the workshop. “She made me not want to give up on fighting for justice. We need to take a new approach towards our activism. ”