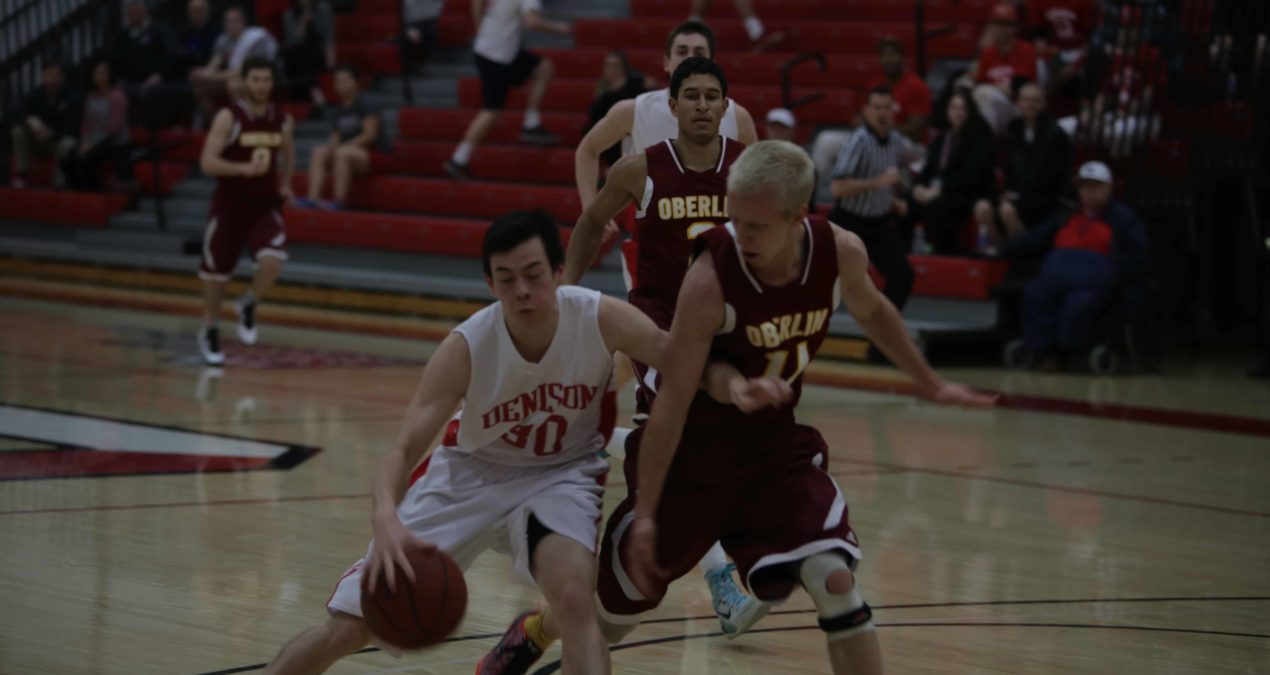 Most students that are currently enrolled at Denison do not remember the last time that the Big Red men’s basketball team defeated Wooster. That is probably because it was in 1997.

President Bill Clinton had recently been sworn into his second term in the White House, Space Jam was still in theaters and Briggs King ‘15 was four years old.

18 years later, and King is now having the best basketball season of his college career. In 21 games, he has maintained a 12 point per game average, and has already nabbed 168 rebounds.

Last week, he turned in a pair of his most productive performances to date.

The first came on Feb. 4, when DU welcomed the 8-12 Yeomen of Oberlin to Livingston Gymnasium.

From the tip, the Big Red played with energy and consistency that Denison fans have not seen in the first half all year.

Darius White ‘16 contributed eight points in his 23 minutes on the floor against Oberlin, was optimistic about the implications of the squad’s first half. “Being consistent and having the ability to put two good halves of basketball has been something that we’ve been working on all year” the guard said. “Even though we’re not completely there yet, I know that we’re very close and once we have that ability it will make us a much better team and help us finish the season strong.”

Heading into the break, DU boasted a 56-27 lead thanks to a red hot 70 percent shooting percentage from the field and an 87.5 percent rate from beyond the arc.

Robby Weingart ‘15’s all-around performance helped lift the team in the second half.

He credited DU’s recent success to their ability to adapt after tough games.  “During the Wittenberg game, we really got back to playing aggressive defense without fouling and closing out the possession with solid box outs and a rebound,” Weingart said.  “Our offense has also been clicking recently with really balanced scoring.”

With 14 points and a team leading six rebounds, King was one of the key contributors to the squad’s 90-68 victory.

Thus, the tone was set for DU to face the #20 Wooster at Wooster’s Timken Gymnasium.

The two teams were neck and neck throughout the match.

Seven first-half three pointers kept the Big Red in the lead, while the Fighting Scots battled in the paint with solid rebounding and passing.

Going into halftime, DU led Wooster 37-35 after a 7-0 run that was sparked by a clutch layup by King. The forward from Evanston, Ill. led the Big Red past the Scots with a career-high 26 points and 10 rebounds to rack up a crucial double-double.

The game came down to free-throw shooting, where Denison has converted all season.

White hit a pair with 33 seconds on the clock to secure the shocking win over the home squad.

Momentum from the upset will help carry DU through the last four games of the season.

The team will return to the court on Feb. 11 against Kenyon at home.