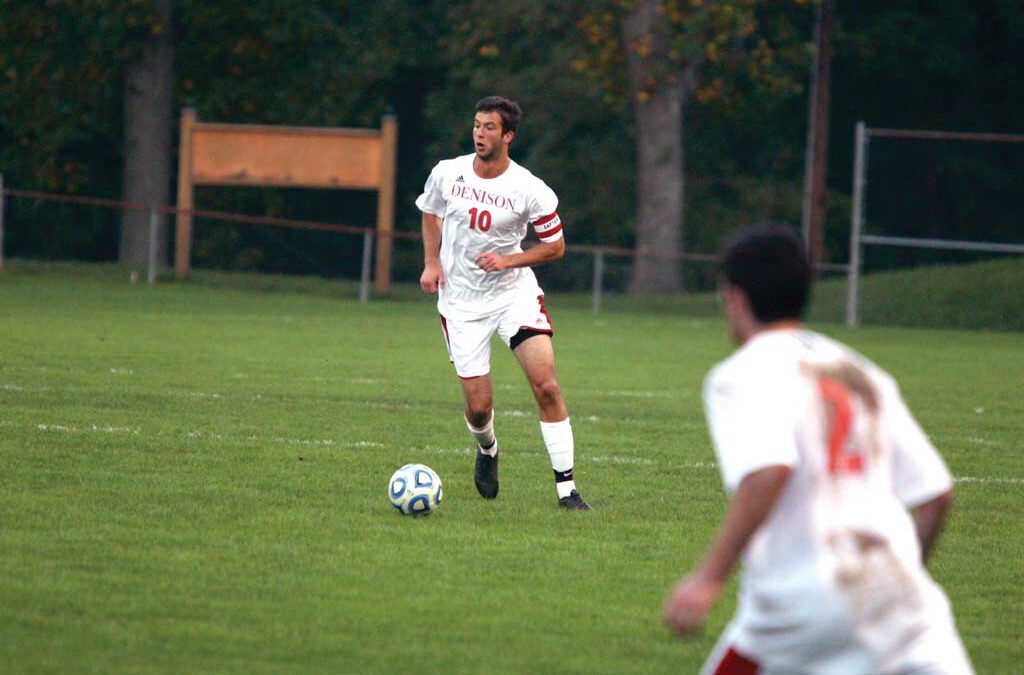 The Big Red men’s soccer team scored three goals in the first half of play en route to a 3-0 victory against 23rd ranked Oberlin on Tuesday. The balanced attack featured a goal each from freshman Quinn Miller and seniors Bob Casarona and Charlie Allen. The win improved Denison’s record to 11-2-2 on the year and 4-2-0 in NCAC play.

“We knew going into this game that it was the most important game of the season,” said senior midfielder Blake Miller.

While the Big Red had, up until Tuesday, posted an undefeated out of conference record, losses to Allegheny and Kenyon had been costly for the team’s conference standing. “We knew Oberlin was one of the top teams in the conference,” said Miller, and provided Denison with a great opportunity for a statement win.

The Big Red took full advantage of the opportunity, scoring two quick goals in the first 16 minutes before Allen tacked on another just before halftime. Although neither team managed to score in the second half, Denison held a 6 to 3 advantage in shots. Miller narrowly missed a goal on two occasions, but the three goals from the first half proved to be plenty. The Denison counter attack was in full flight behind Casarona.

The success of the offense was complemented by a stellar defensive effort.

“Our defense was extremely organized which allowed us to keep Oberlin from having any shots on goal,” said Miller.

The cohesive defense allowed Denison to dominate shots on goal seven to zero.

Oberlin entered Tuesday’s game riding an 11-game unbeaten streak. The decisive victory is encouraging for the Big Red as they head toward the final stretch of the season.

“The whole team played the best we have all season,” said Miller. “Not too many individuals stood out because of how well we played together.”

The Big Red showed what they were capable of on Tuesday, easily handling one of the NCAC’s best.

The dominating win was thought to be a good sign for the following Wabash game, held this past Saturday.

The match was unpredictably close through the first two halves. Denison’s 12 total shots, six on goal, was only slightly higher than Wabash’s 10 shots, with four on goal.

There is no denying play was hard fought and physical, Denison charting nine fouls and Wabash getting called for 11.

At the end of regulation play, the match was scoreless.However, Wabash shocked the Big Red thanks to a penalty kick in the first overtime, connecting with the back of the net and winning 1-0.

Though this loss came as quite the surprise, the Big Red has no time to dwell on the past as the number one Battling Bishops of Ohio Wesleyan come to Granville Wednesday.

The Big Red will need to produce another team effort if they hope to defeat OWU, who has yet to lose or draw.