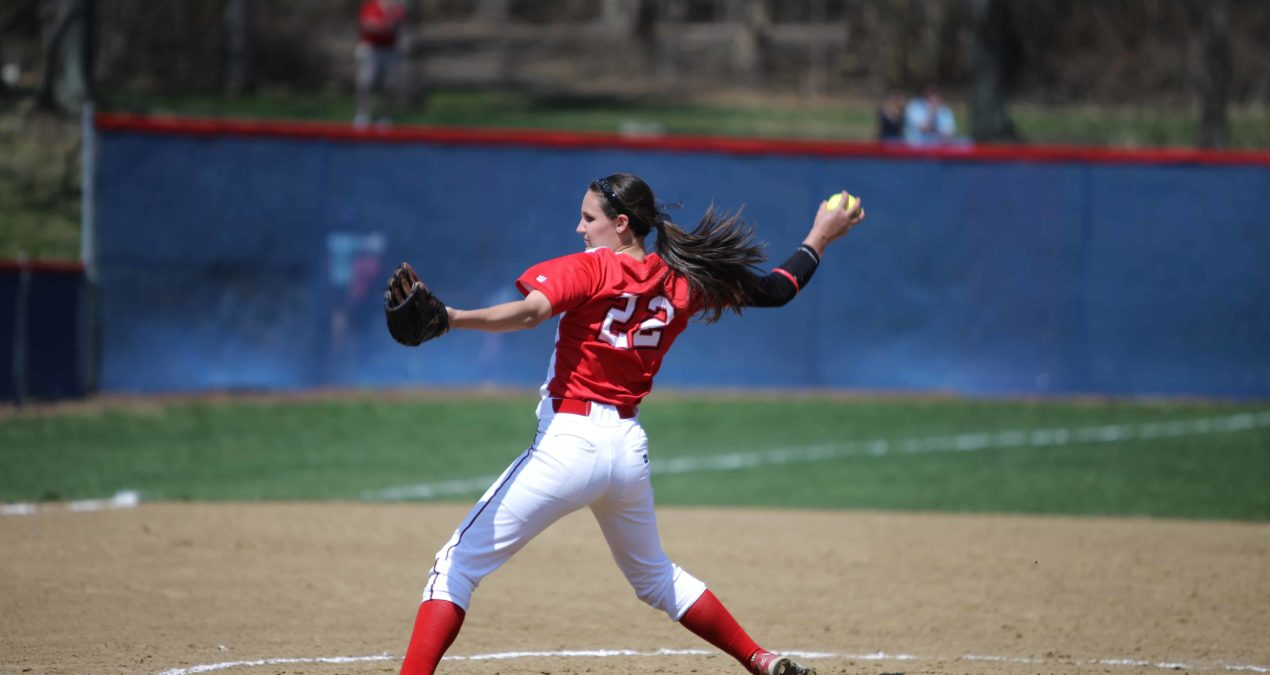 Softball looks to turn season around as conference play approaches

The softball team has flown under the radar this season, and many may not be aware that the women have already played out nearly half the season with a record of 7-7.

After starting the season 5-2, the Big Red have hit an offensive lull that has them 2-5 in their most recent seven games.

The Big Red have failed to score more than four runs in any of the seven games, with opponents outscoring them 35-15.

Luckily, the Big Red have a chance to turn their fortune around with the impending start of conference play.

Lauren Secaras ’18 and Erin Laswell ’17 have led the Big Red in the circle, with the two pitchers combining for six of seven Big Red wins.

Their team ERA of 3.09 has been over a full run better than their opponents.

At the plate, the Big Red are hitting a combined .323. The offense is highlighted by Julie Rooney ‘15 and Lindsey Kenyon ‘17, both currently hitting above .400.

Rooney is making a strong case to repeat as NCAC Player of the Year with her league-leading .568 batting average.

Over spring break, the softball team travelled to Tucson, Ariz., where they played teams from all over the country.

Denison went 6-4 on the trip, which was highlighted by an upset victory over 16th ranked Central College.

Defensive struggles forced the Big Red into a 6-3 deficit early on, but DU battled back against the Dutch to squeak out an 8-7 comeback victory.

Kenyon fell a triple short of a cycle, finishing the game 3/3 with 3 runs batted in.

It was a big comeback for Denison, who had fallen to the Dutch 11-3 the day before. Laswell and Anna Balch ’17 said the team was “firing on all cylinders” during the game.

Kenyon concurred with her teammates, calling the win “one of the greatest games I’ve ever been apart of.”

The Big Red have cooled off since returning from the dry Arizona heat.

They hosted a doubleheader against Muskingum on March 24 to open the home portion of their 2015 campaign.

Led by a complete game shutout from Secaras, the Big Red took the first game 2-0.

In the second contest, Denison fell 4-1 to the Fighting Muskies. Rooney had four hits in the twinbill.

On March 29, the softball team hosted Marietta in another doubleheader.

Secaras suffered her first loss of the season as the Big Red dropped the opener 10-2.

The Pioneers swept Denison with a 6-4 victory in game two. Emily Lipsitz ’15 picked up a pair of hits and scored two runs.

Looking ahead, the Big Red open conference play this week with doubleheaders at DePauw and Allegheny.

They will also host Defiance in a midweek twinbill.

According to Laswell, “This will be a tough week for us as we face two of the stronger teams in the conference.”

That being said, Denison is capable of finishing at the top of the conference.

The team’s motto is “Our Time” and their time to take the NCAC by storm begins today in Greencastle, Ind.

Kenyon has high hopes for the team. “We will be coming back much stronger against Depauw for our first conference games, with much more fire,” she said. “All we need to do to be successful this season is to keep up our raw determination to win.”