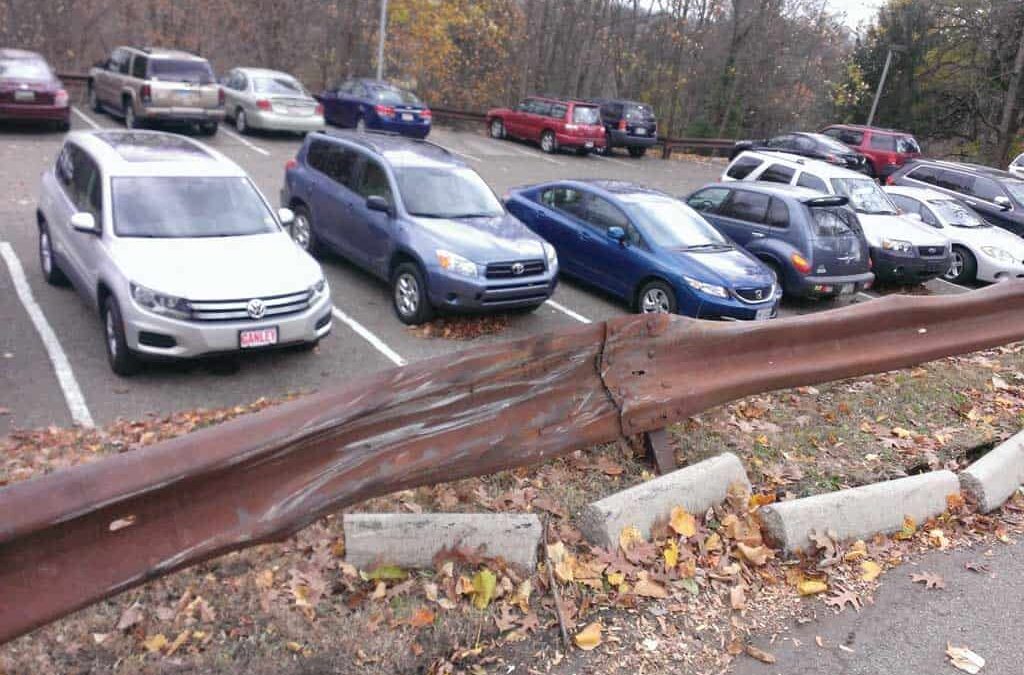 A former Denison student drunkenly sped across East Quad and crashed his Audi A-6 into a rail also behind Crawford at 1:43 a.m. on Nov. 10. A cement block dislodged by the impact fell to a lower level of the parking lot and damaged another vehicle. The damaged cars all belong to a current students of Denison.

Garret Moore, director of Security, said that one of his officers witnessed the drunk driver travelling up President’s Drive onto campus, and the officer attempted to stop the car by turning on his emergency lights.

The driver refused to pull over and instead continued to speed across campus. He said, “the driver ran the stop signs at Ridge Road and President’s Drive, Ridge and Capital Drive and Ridge and Bancroft.”

The driver then attempted to speed around the corner behind Crawford and instead collided with a guard rail and several other parked vehicles. It was then that the car finally came to a halt. The security officer then contacted the Granville Police Department, and the driver was arrested for Operating a Vehicle Impaired, more commonly known as an OVI.

Jennifer Garner ‘94 to give commencement address