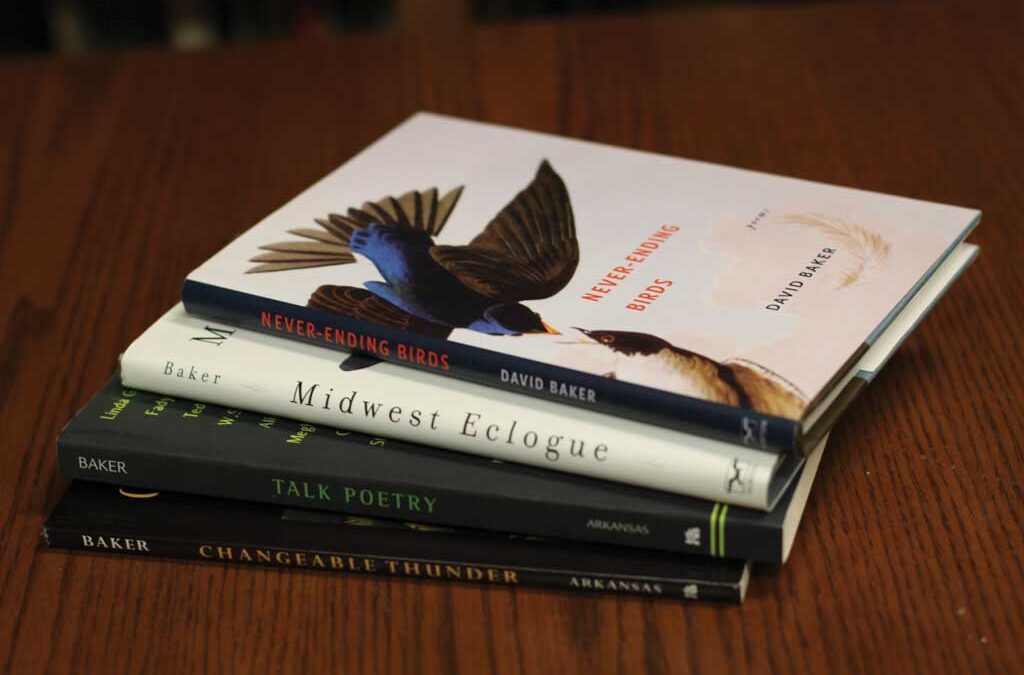 Denison’s own English professor Dr. David Baker had one of his poems read on NPR on Sunday, Oct. 27. The poem, “Neighbors In October,” a leaf-raking poem, was read by Garrison Keillor on his program The Writer’s Almanac, and heard over hundreds of NPR stations. The poem was originally printed in a book called The Truth about Small Towns.

The University of Arkansas Press, the publisher of the book, contacted Dr. Baker, followed by The Writer’s Almanac when Keillor asked the permission of U of Arkansas Press to read the poem. This was the Tuesday before the poem aired. Asked about Baker’s poem’s appearance on NPR, Abbey Current ‘14, student of Baker, said, “He seems so humble to have been on NPR.”

“I was reminded that the arts are essential to people’s lives and to a culture’s well-being,” Dr. Baker said about the subject. Shortly after the poem was read, the fifteen-year-old book in which the poem was published jumped to a poetry bestseller for a while. “And that’s the best,” Dr. Baker said, “to know the work continues to find readers.”

“This reminded me that far more people read poetry than we realize,” Dr. Baker concluded, “people who may or may not be poets themselves, people who seek it out regularly, and read, and remember.  That’s how the art prospers.” Dr. Baker’s poem can now be found in print and audio on The Writer’s Almanac website.