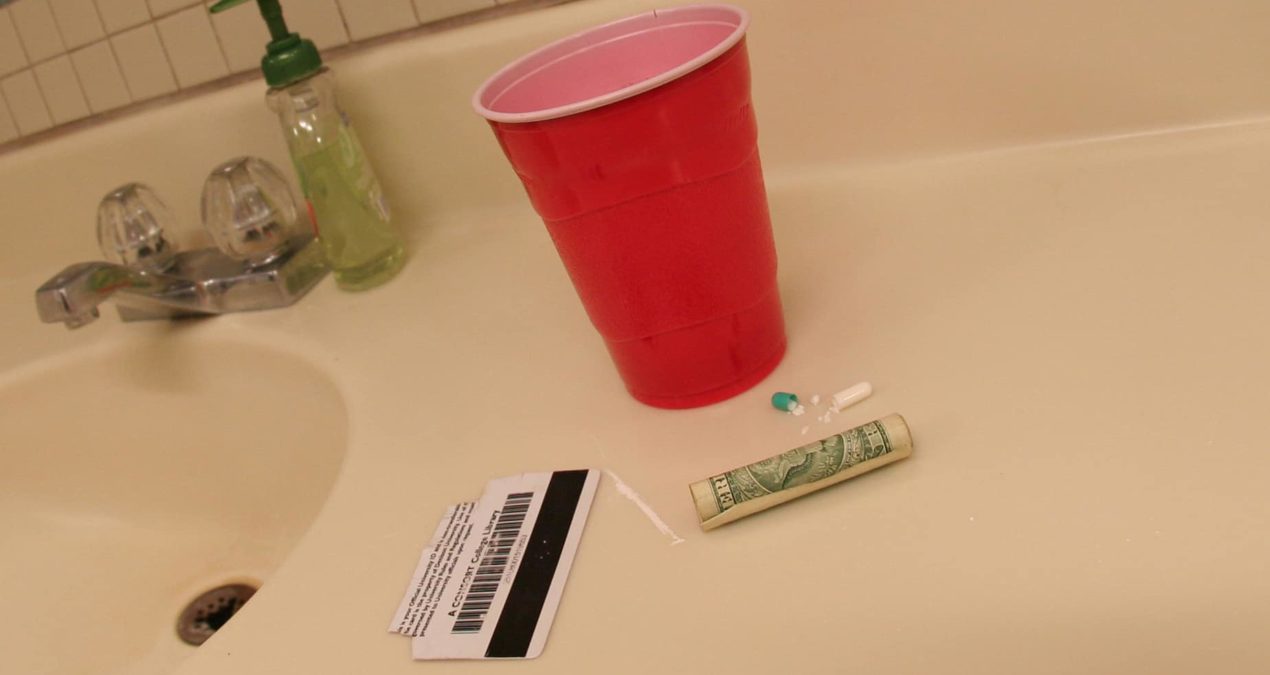 Alvin Smith* ’15, has had his fair share of “orange boogers.”  No, he is not suffering from an exotic disease from the tropics.  On the contrary, these strange nose drippings are the result of an increasingly popular party trend—snorting that orange pill, Adderall.

Although sporting a rigorous academic schedule and a slew of campus involvements, this junior did not turn to the drug typically prescribed for ADHD to help him focus.  Smith boldly admitted to using prescription stimulants while partying. “I think the idea behind it is that you are less likely to blackout, have more energy and [you’ll] have a more enjoyable time going out because it generally prevents you from passing out early and forgetting parts of the night.”

Smith’s first encounter with prescription stimulants occurred during the first week of his sophomore year. “We used cut straws to snort Adderall off the toilet seat in the Beaver [hall] basement bathroom.” He continued, “I didn’t understand what exactly Adderall would do for someone who [wasn’t prescribed] it.  I wasn’t expecting anything almost.”

The allure of snorting something rather than the actual effect of the high drew him in, Smith recalled.  However, when a friend offered Smith cocaine later that same year, he could not turn down another form of stimulant.

However, Smith still prefers Adderall to cocaine.  “Cocaine gives you a mental high, making you more aware and talk faster. Adderall gives you more of a body high, giving you energy.”

Smith estimates that he uses Adderall about twice a week and cocaine only on an availability basis.  Catherine Champagne, the University’s Alcohol, Drug and Health Education Coordinator, warned against prescription stimulants such as Adderall, Vyvanse, and Ritalin.

She said, “Stimulants can end up masking your body’s warning signs that tell you when you’ve had too much to drink, which increases risk of overdose. Although we think of alcohol as a beverage, it is actually a drug—and mixing one drug with another can have unpredictable and dangerous effects on the body.”

Instances of Adderall abuse are not isolated on campus.  Sereana Parod ’15 recalled one of the times she has witnessed peers snorting prescription stimulants.  According to Parod, she walked into a “pre-game” in Smith Hall freshman year to see five students crushing and snorting the powder from Adderall capsules.

Parod said,  “They did not seem surprised or embarrassed when I walked in.  It was normal to them.”  When asked why her peers may feel this way, Parod offered that Adderall does not have the same negative connotation as cocaine.

Fellow classmate, Sarah Ramras ’15, agreed adding that Adderall use is “not perceived as life-threatening” by many students.  “A lot of times, rather than boasting about how drunk they were it’s also added how they were also [under the influence] of Adderall.”

According to Ramras, Adderall has certainly “been talked about more openly and regularly in conversation.”  Students blatantly ask for the drug at pregames or when they are getting ready to go out.

According to Smith, Adderall is sometimes offered at parties for free; however, cocaine is rarely offered without a price tag.  Priced at $200 for an eighth of an ounce, an amount that would last only a few weeks amongst friends according to Smith, the expense of cocaine may drive many students away from using.

However, the $5-a-pill price of readily-available Adderall can make a stimulant-high easily attainable.