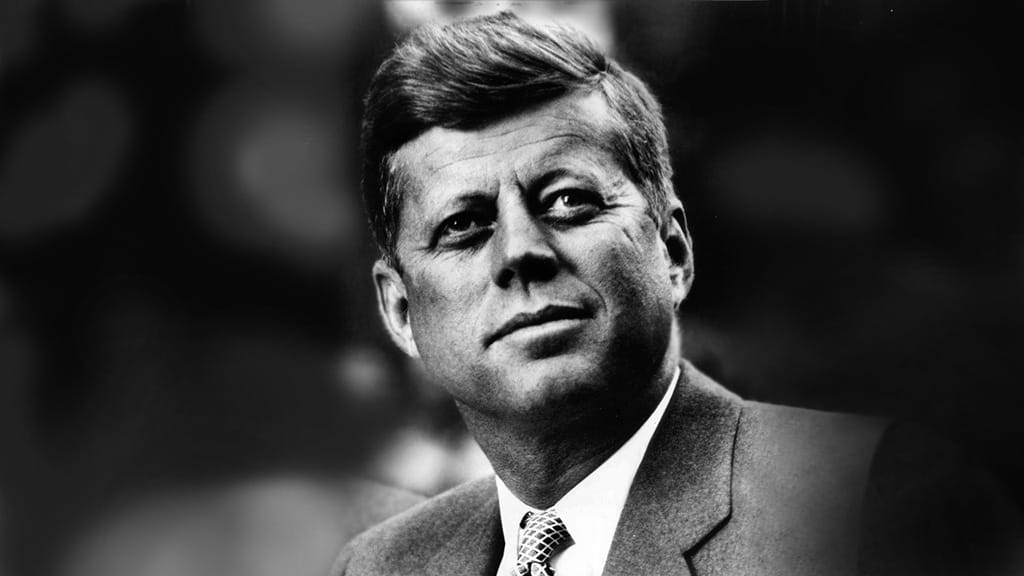 In the past 50 years, the United States has steered through tumultuous, tragic, and joyous times. It has shuffled through four wars, participated in an abundance of military conflicts, and claimed victory in one drawn out Cold War. Similarly, the country has made grand strides in removing the tattered robes of bigotry that once cloaked the country in racial divide. But in all of its highs and lows of the past 50 years, perhaps no other event in the history of the United States has been as romanticized and tragic as the Presidency of John F. Kennedy and his shocking assassination. This November 22, 2013 marks the 50th Anniversary of President Kennedy’s unfortunate death in office and serves as a time to reflect upon the image of his short Presidency, but lasting legacy on the United States and the world.

It is important when analyzing the 1,000-day presidency of Jack Kennedy to not get lost in the lure of JFK folklore. While it is easy to be enamored by the Kennedy charisma, it is even easier to biasedly examine his three years in office. Many subscribers to the romanticized view of the Kennedy Administration believe in a Kennedy who was a benevolent President and often overlook the fact that the crux of his decision-making came with a sharp eye toward the Soviet Union. And then there are those who scrutinize Kennedy’s decision making as brash and blind to future calamities, such as nuclear arms buildup and the Vietnam War, but overlook the faults of future leaders. Both of these interpretations carry significant merit; yet miss some of the crucial underworking of such decision-making.

For all of the glamorous words so often used to describe President Kennedy, none two better sum up his tenure in office than naïve and stubborn. As a direct result of these qualities, the United States experienced major successes and failures. For example, his naiveté and youth shined brightly in the catastrophic Bay of Pigs fiasco only weeks into his presidency where he approved a failed CIA attempt at overthrowing Cuban dictator, Fidel Castro. It was then his stubbornness that proved effective in the Cuban Missile Crisis where he went against the advice of all his advisors and successfully orchestrated a diplomatic removal of Soviet nuclear warheads from Cuba. His naiveté carried into his decision to put the full faith and credit of the United States behind the mission of landing a man on the moon when in reality, the country was nowhere close to this feat. It was his youthful idealism that garnered support for the new space agenda and infused confidence into the American public. Lastly, it was President Kennedy’s idealism that resulted in the creation of the Peace Corps in 1961, which has since then blossomed into a major organization that seeks to resolve the economic and social hardships across the globe.

The most poignant domestic issue of the 1960s, Civil Rights, was one area where both Kennedy’s naiveté and stubbornness impacted his decision-making. Even though several Civil Rights steps were taken during the Kennedy Administration, Kennedy’s legacy on Civil Rights never came to fruition. It is easy to speculate what could have been had he had a second term, but Kennedy had many missed opportunities in Civil Rights. Hesitant to alienate the southern wing of the Democratic Party, Kennedy slowly tiptoed along Civil Rights action, only stepping in when there was no other choice, such as sending the Mississippi National Guard to escort James Meredith into the University of Ole Miss. After increasing pressure from Civil Rights groups and leaders, Kennedy finally supported a major Civil Rights bill that was eventually passed by President Johnson the year following Kennedy’s death. His stubbornness to part with conservative Democrats coupled with his naïve delay of Civil Rights legislation to better his electoral chances resulted in a floundering of what could have been a very successful Civil Rights legacy.

Relying on his jovialness and exuberance, Kennedy offered a fresh change to the political landscape of the country and rode into the Oval Office with lofty visions for the still young country. His naiveté spurred a reboot of American optimism and zeal, while his stubbornness kept him from straying from his own path. Unfortunately, these character traits also resulted in several shortcomings such as a failed coup and a botched opportunity to help eradicate the plight of millions of black citizens in the United States. As one of the most iconic figures in American history, President John F. Kennedy and his legacy are too often romanticized and trivialized. And because of this, any new interpretation falls victim to existing analyses. With 50 years passed since his assassination, it is crucial to begin to accept President Kennedy as a whole by basking in his triumphs and learning from his shortcomings. Only then can the image of President Kennedy be completed.

A double standard too long ignored?