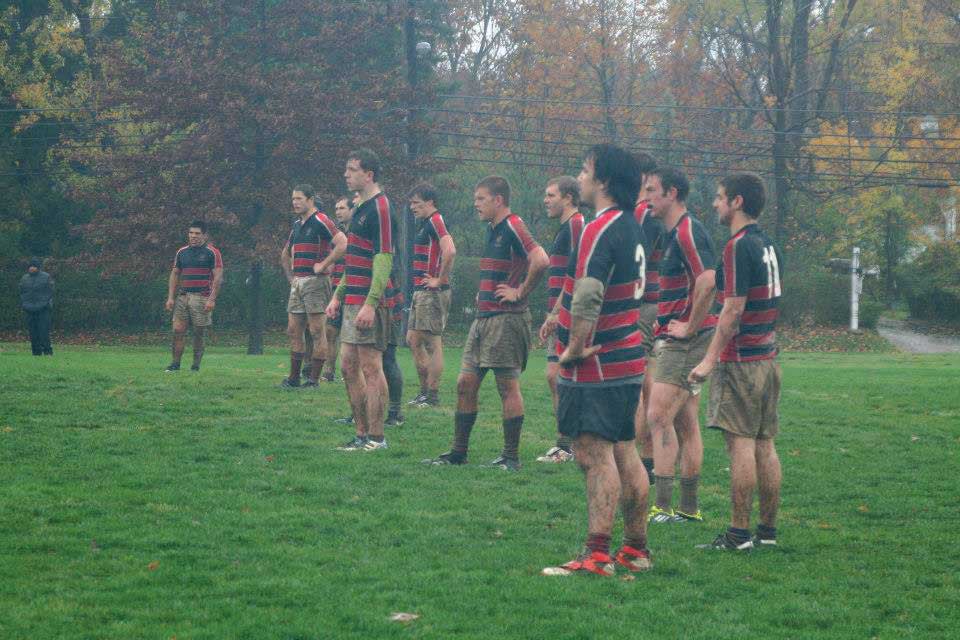 Denison rugby has been developing quite the name for itself. With both the men’s and women’s teams growing in both size and talent level, it is no wonder Denison is frequently in the national spotlight.

The men’s team has had quite the history on campus since its inception in the fall of 1969. Though this season,which finished up earlier this month, was statistically not the most successful, the team is heading in the right direction.

Senior president of the men’s team, John Strong, recognizes the impact this season can have on the years to come. “Our season ended last weekend with a scrimmage against OWU,” Strong explained. “Although our record of two wins, four losses doesn’t show it, our team has improved significantly this season, what with losing nine starting players last year through graduation and studying abroad.”

At the beginning of the season, the team’s main priority was to acquire more players for the team and for both new and returning players to gain experience playing the rather challenging sport. Rugby is in essence a mixture between soccer and American football, thus it often can take a decent amount of practice before mastering this sport and understanding its complexities.

Strong believes they have indeed met these priorities set at the start of the season. “We acquired a significant number of new players, almost all of whom always show up to practices and games. As a club sport we cannot require players attend practice, so it’s a great feeling to have a core group of guys show up consistently on their own.”

This dedication says a great deal about the team as a cohesive unit. While the games are notoriously intense, practices in and of themselves are just as demanding. The team starts every practice with a two lap jog around the feel, stretching, and the notorious “burpees,” or dropping down from standing into a pushup, and back up again. Since the beginning of the season, the team has challenged themselves by steadily increasing the number of burpees by five per week; by season’s end the team as a whole would complete over 50 in one practice.

After this early conditioning, they rely on drills, specifically ball handling and tackling, before a 30 minute scrimmage. The scrimmages, according to Strong, are just as physical as a real game.

“It’s really hard to describe the experience of playing in a game,” Strong explained. “Ask any rugger (man or woman) and they will tell you that a rugby game is just 80 minutes of adrenaline-fueled, organized chaos.” With 15 players on the field from both teams on the field at all times, keeping track of the ball and who has it can be quite the challenge. Additionally, in any game of rugby, no matter what position you play, you can almost guarantee you will get tackled and hit numerous times per game. “I don’t think I’ve ever been as sore in my life as I am the day after a game,” Strong added.

As if the ferocity of the game is not enough, imagine playing in the rain. Games are held in all weather conditions, rain or shine. Coach Paul Poklinkowski, a Newark resident and former rugby player in France for nearly a decade, has a number of memorable games in less than ideal conditions. “Our coach loves to tell us stories of playing rugby in winter in france under a foot of snow,” Strong explained of Poklinkowski.

Last fall in the third place finish in the Great Lakes Rugby League, the final game was played in Cleveland against Notre Dame College under conditions of 45 degree rain and freezing wind. “That was probably the coldest I’ve even been,” Strong said.

The men’s team is poised for a rebound season next year, and Strong attributes this season’s growth to the leaders of the team, including Vice President Julian Karlin and captains Chris Martin and Alex Jarrett. Aside from these men, who all have had at least 2 seasons of play under their belts, Strong highlighted two underclassmen as potential future big-impact players.

Freshman George Cashy, hailing from Cleveland, made his mark early on the team. Though he is consistently one of the smallest players on the field, Strong explained that his speed is a force to be reckoned with. “I think he weighs no more than 130 pounds,” Strong noted, “but [Cashy] is one of the fastest players and makes clutch tackles.” Additionally, rookie Corey Morse, a junior from Columbus and former Big Red lacrosse player, has fought through injury for over 5 tries (essentially touchdowns) in his first season on the rugby team.

When asked about any rivalries between schools, it should have not been quite a surprise to hear Kenyon’s name dropped. For the better part of the past two decades, Kenyon was physically the more dominant team. However, according to Strong, once Coach Poklinkowski joined the team, Denison not only was able to compete, but took control. “We finally beat Kenyon for the first time in years,” Strong added quite enthusiastically. “Since then we have beaten them significantly every time we play them, and I don’t see any signs of that changing for a good long time.”

The off season is a time for the team to continue recruiting new men to work towards future successful seasons. Anyone can come out and play for the team, and the team is more than willing to help train new players. Strong also explained how strength or body size should not deter one from playing on the team. “In fact, we have been told by numerous teams that we are physically the smallest team they’ve played, but hit the hardest.”