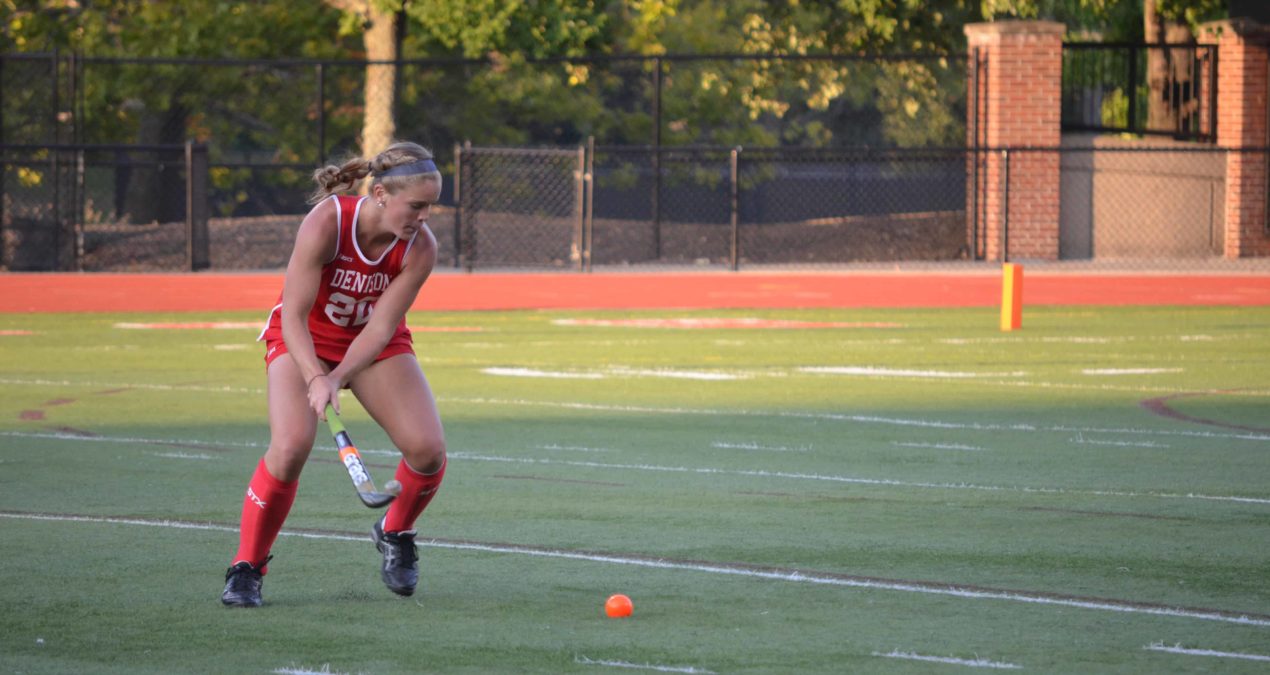 Denison field hockey stumbled on its first steps down the road to redemption last week away from home against St. John Fisher College and University of Rochester.

Following a heartbreaking exit from last year’s NCAC finals against Kenyon, the team spent the summer training for Sept. 5, the opening match against the St. John Fisher Cardinals.

The matchup was even from the outset, but after 47 grueling minutes of play, the scoreless stalemate was broken after a well-timed Cardinal counterattack.

Neither defense cracked again before the end of the match and despite a wealth of opportunities for both sides (neither logged fewer than 20 shots), the Big Red fell in their first match, 1-0.

In her first start for Denison, Ellen Westfall ‘19 chalked up eight saves in cage against the experienced

“Starting in goal for [Denison] has been nerve wracking,” she said. “It’s definitely a lot of pressure to play such a vital position as a freshman, so of course I always worry about messing up.”

“Fortunately, the upperclassmen and especially the seniors [Allie Bacon and Elsie Humes in particular] have been so supportive and confident in my abilities. All I can do is hope to continue to improve my game and maintain the level of aggression I’ve brought to both of our previous matches.”

Still searching for their first victory of the season, the team lined up against the Yellow Jackets of Rochester on Sept. 6.

Once again, the Big Red offense was stifled, while the defense was pressed into playing mistake-free hockey.

Heading into halftime, the scoreless tie belied the large shot attempt differential between the teams.

While the Big Red managed to attempt three, the Yellow Jackets took 10 shots.

Early in the second half, Rochester finally converted the first goal of the game.

Even with six saves from Westfall, and shots from Humes and Emily Marlatt ‘18, the Big Red could not overcome the Yellow Jacket defense on the way to a 2-0 loss.

After a winless weekend, Denison will look to recover on Sept. 9 at Oberlin.