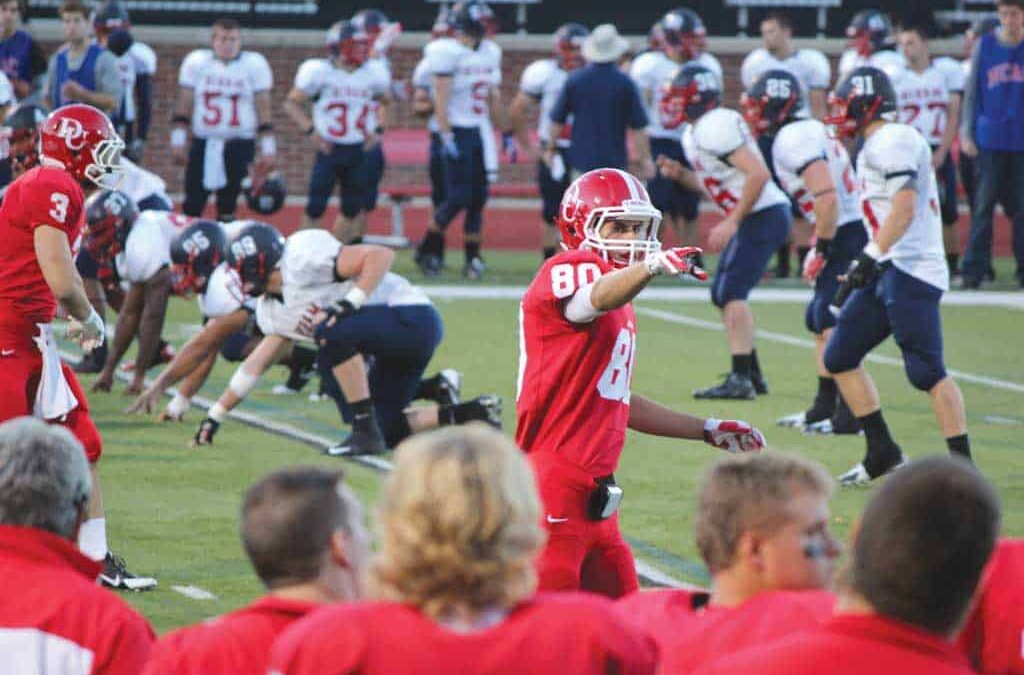 It is Nov. 6, 2013 and the Denison Big Red Football team has won five out of eight games so far this season.

It is just past mid season and Denison is already having one of the best records in years as Denison is currently tied for third in the Conference, three games behind nationally ranked Wabash.

Denison is currently unbeaten at home.

Denison has also scored over 50 points twice this season.

Also, in conference, Denison is ranked first in lowest number of penalties, second in the conference in 3rd down conversion percentage, Field Goal percentage and Redzone efficiency.

The evidence is clear: Denison, on every conceivable level, has stepped it up considerably after back-to-back losing seasons.

And with two games left in the schedule, and a wealth of potential to dip into, Denison has enough room to make not only this season memorable, but preview some next season dominance as well.

Their next game is this Saturday at Allegheny at 2 p.m.