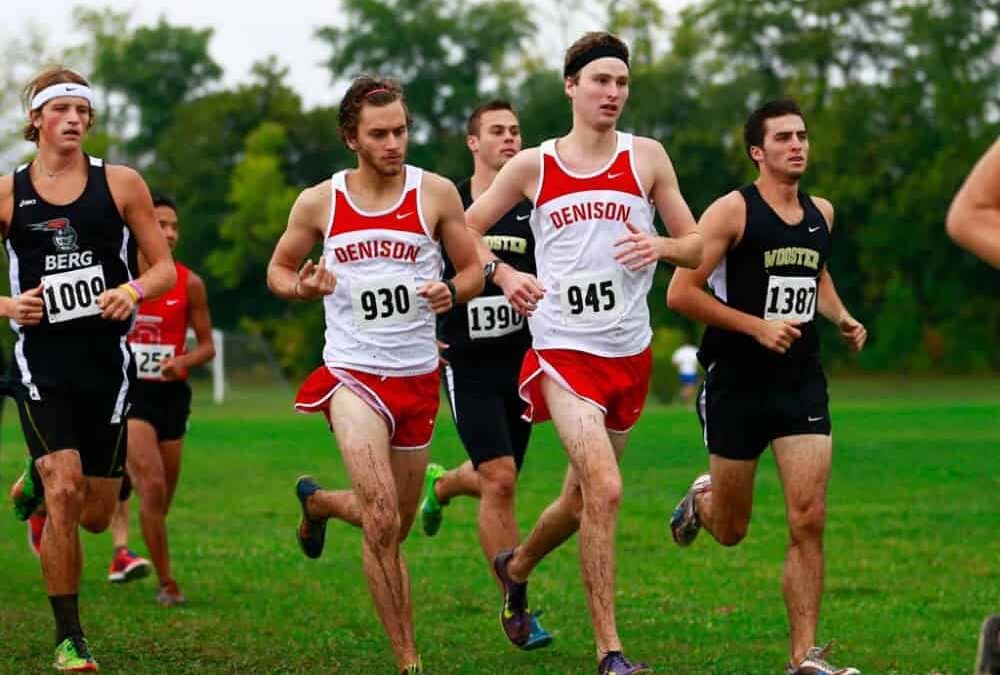 Freshman Jake Dennie has a had a solid freshman season. His opening career performances with the Big Red have demonstrated the potential to be a great contributor to the team and have earned him a NCAC Runner of the Week award earlier this September.

Yet he still remains humble and attributes his early success to the team as a whole.

“I’ve had some moderate success this season, especially early on,” Dennie explained. “It’s nothing compared to some of the top runners on the girls team, but I’m doing pretty well for a freshman.”

Denison’s relatively new cross country coaching staff has been receiving high remarks from the team as a whole. Dennie most definitely agrees. “I was decent in high school but never quite on this level,” he continued. “I’d say I owe it to the great coaching here and a solid base from this summer.”

After finishing in 18th place at the Oberlin Invitational, the Big Red men’s cross country team was looking to improve at the NCAC Championship in Meadville, Pa. this past Saturday.

Dennie had mixed feelings about the team’s performance at the Oberlin Invitational, thanks in part to the terrible weather and course conditions.

“Oberlin, like most meets this season, was bittersweet: we had some great performances and some disappointments,” Dennie explained. “Our usual number two, Sam Beech, had some issues with his right achilles tendon and finished fifth for us, and other members of the team went out too slow and got bogged down in the mud.” In cross country, it is particularly difficult to surge to pass people in muddy conditions, making the race all the more difficult.

Going into the conference meet, the men’s team remained optimistic. “At the start of the season, we were hoping for 3rd in the conference,” Dennie said, “but based on how this season is going, that seems like a bit of a long shot, although still possible.”

The NCAC has a number of consistently performing schools, including Wabash, Allegheny and Oberlin. Aside from these three powerhouses, the remaining schools tend to post similar times, with only a handful of seconds will separating teams from what could be a fourth place or a ninth place finish. The Big Red team is made up of a number of underclassmen runners and, according to Dennie, this team has been struggling with putting previous performances behind them to finish the season strong.

“Relatedly, we’re a very young team and have struggled with race strategy this season, but now that it’s the end of the season I think we have the experience to race smart,” Dennie explained. “The top couple guys will be racing for All-Conference spots, I’ll be gunning for Newcomer of the Year, and everybody will be gutting it out for fast times and good places.”

While this was not the finish the Denison Big Red had hoped for, the season is not over yet. The team will have 2 weeks to prepare for their next meet, the NCAA Great Lakes Regional, on November 16th.