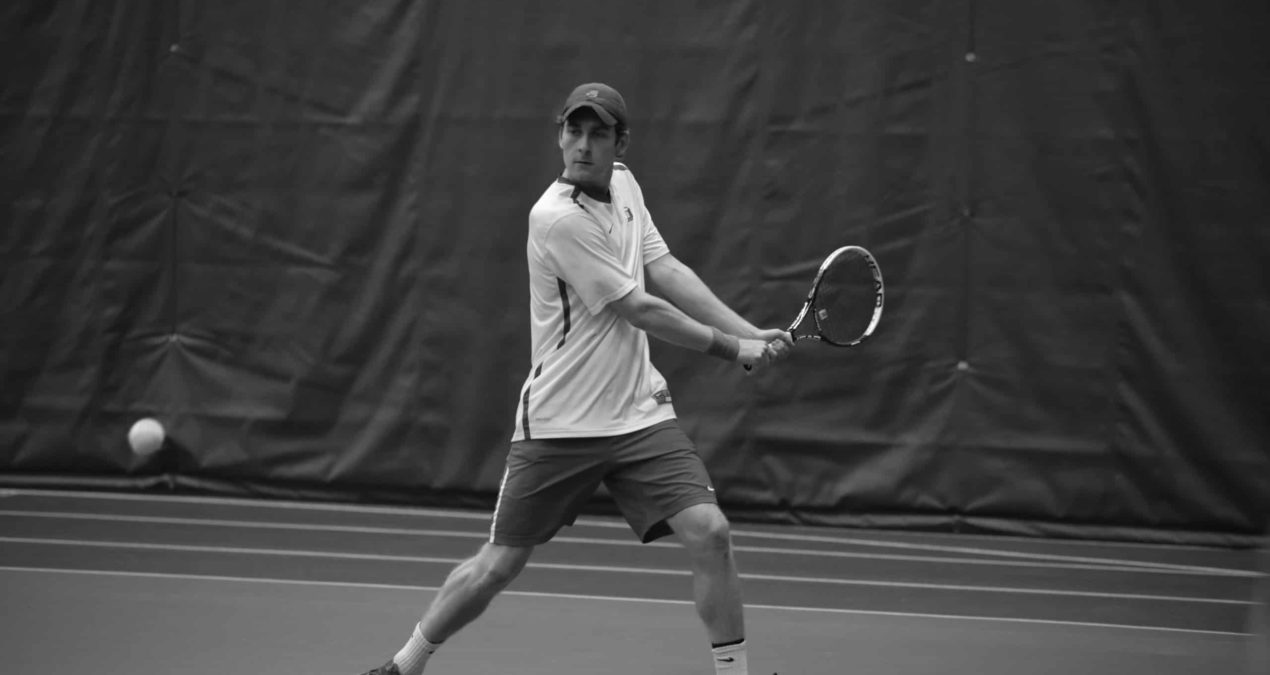 Denison men’s tennis defeated Kalamazoo with a close victory at home. Both teams entered the match ranked in the central region, the Hornets sixth and the Big Red ninth.

Colin Bahin ‘19 won a three-set victory propelling the Denison men to a 5-4 win last Saturday. Bahin dropped the first set 2-6 to opponent Allen Vinson, but he rallied to win the second set 6-4, breaking Vinson’s serve to fuel his momentum.

Bahin trailed in the final set, but came back to life when he again broke Vinson’s serve and held his own to lead 5-4. Bahin  ultimately won in a tiebreaker, securing victory for the Big Red.

The Big Red lost two of the three doubles matches, with their sole doubles victory coming from Kevin Brown ‘19 and Jackson O’Gorman-Bean ‘16. Therefore, the Big Red needed to secure four wins from the six singles matches to defeat the Hornets.

Bahin secured one of these victories for the Big Red and the others came from Owen Smith ‘17, Jack O’Koniewski ‘18 and Jamie McDonald ‘18.

Denison improves to 4-3 while Kalamazoo falls to 4-2.

The Big Red returns to action next week in Puerto Rico where they will face Division I Colgate University on March 14.