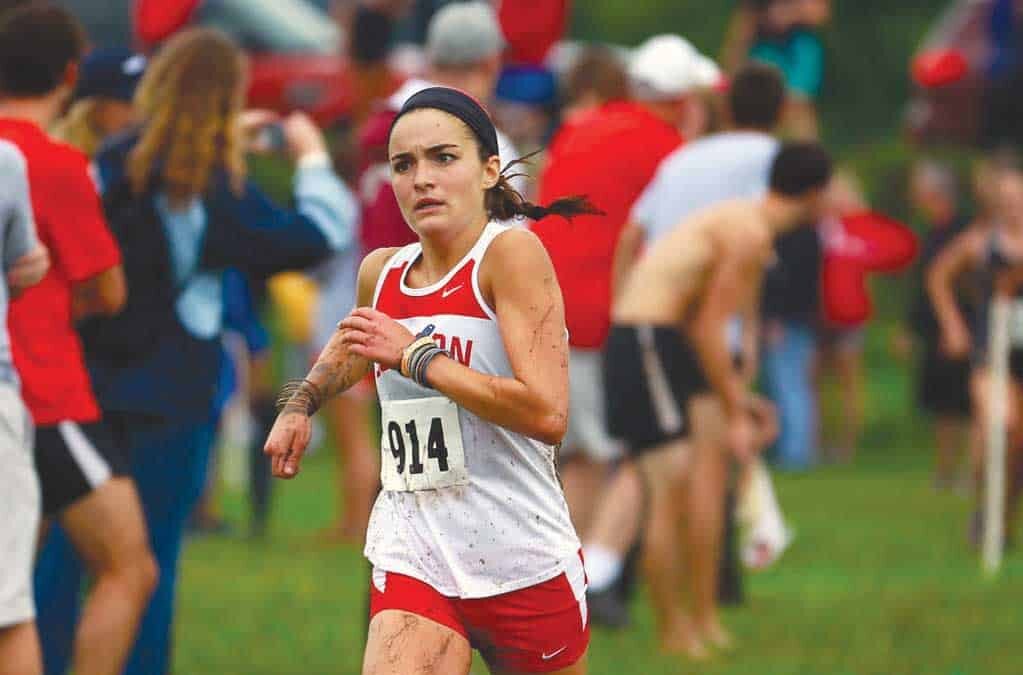 Senior Olivia Galano covered the wet and muddy six-kilometer course in a time of 23:07.0 to take home the individual title. She narrowly defeated Kenyon senior Jenna Willett, who finished with a time 23:11.7.

“The women ran very well yesterday,” Co-Head Coach Mark FitzPatrick said. “We did not achieve our main goal of finishing in the top three but we did achieve our goal of improving upon last year.”

Galano claimed that her victory came as a surprise. “It truly is an honor to have captured a conference individual championship,” she said. “As it is only my second cross country season of my life, this accomplishment truly took me by surprise. I could not have achieved it without the support of my teammates and help of my coaches.” The senior hopes to break the 21-minute barrier at regionals.

“To have three All-NCAC performers, including the conference champion, is very exciting,” FitzPatrick said. “Olivia Galano ran a great race. I am very happy for her. We knew she could finish in the top five and if she ran her race and put herself in the right position going into the last 1,000 meters, she would have a good chance at winning. That is exactly what she did. She executed her strategy perfectly.”

The team battled difficult weather conditions throughout the season and the conference meet was no exception.

According to Lamm, “The course was extremely muddy and so the footing was rather trying. As a result, times were irrelevant.” Lamm estimated that as a consequence, Denison’s runners finished approximately a minute slower than their personal records.

“Going into the meet the focus was upon the team,” Lamm said. “We sought to tighten our pack, and assert our position early on.”

The team will continue to focus on bridging the time between top DU runners leading up to the regional meet. “In order to [perform well at regionals] we must continue to close the gaps between our top seven runners. We are only as good as the distance between our teammates behind us,” Galano said. “If we perform like we did at conference, I think we are more than capable of [placing within our region].”

The women will travel to Grand Rapids, Mich. in two weeks for NCAA Great Lakes Regionals with the intent of finishing in the top 10. The team is currently ranked 9th among schools in the region.

Fall sports are down, but senior athletes aren’t out