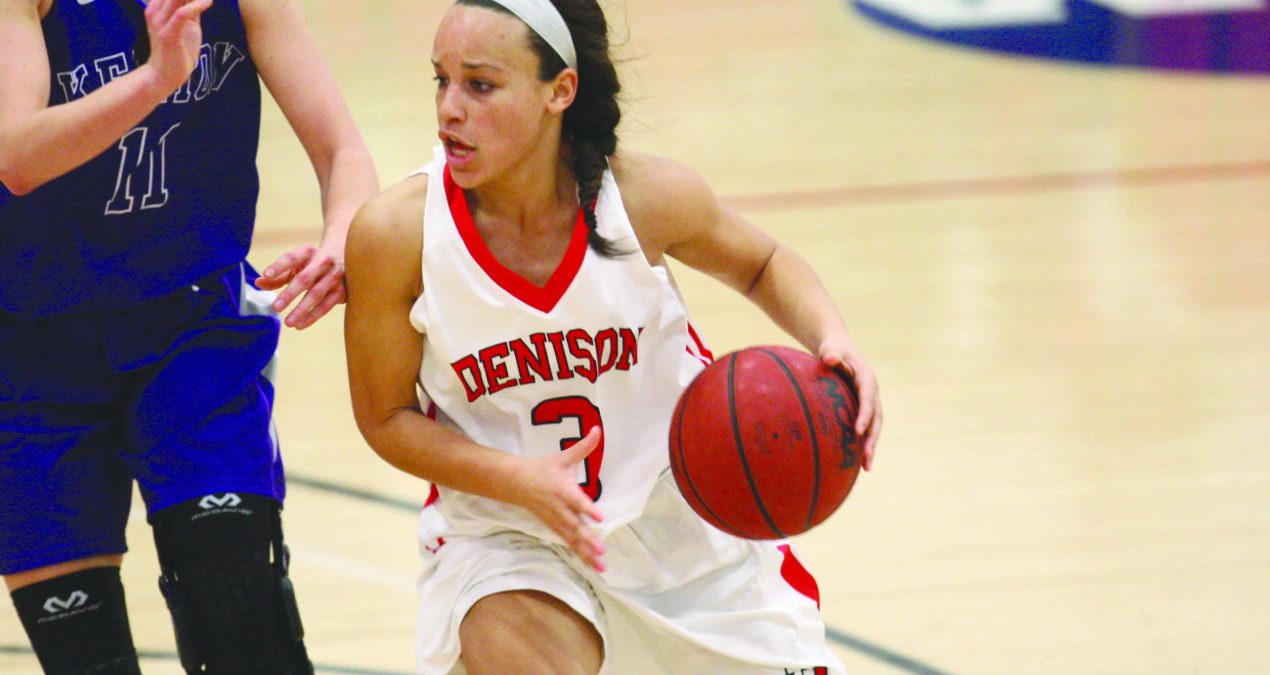 Freshman Jordan Holmes, junior Mary Margaret, and junior guard Candise Love led the Big Red against Hiram to a dominating performance on the road. Denison was down early and had to make a change.

After regrouping the Big Red would power up and take a 24-4 run, they also had a 19-0 run over eight minutes. Mary Margaret came off the bench shooting a perfect 8 for 10 from the field with 17 points.

The Big Red had a high 32 point lead with almost 8 minutes left. The defense only allowed Hiram to shoot 17-56 from the field.

The second game of the week was against rival Ohio Wesleyan University. In this game the young and the veteran players would combine for a great finish.

Senior Gretchen Staubach would have a scoring outbreak where she dropped 22 points. Freshman Jordan Holmes would help on the defensive side adding 16 rebounds and 9 blocked shots.

Denison was up for most of the game until the second half. OWU took a 41-39 lead and then they would go back and forth.

They would later be tied at 52-52. In the final minute of the game Denison would go eight for nine from the free throw line and get the win.

After the game Senior Gretchen Staubach commented on the performance, saying: “The reason we pulled out the win is because we worked as a team. The coaches created a great game plan and we executed it really well.”

Staubach had also mentioned a new-found attitude that helped greatly with the game plan.

“We haven’t been doing any new drills but we have been focusing on accountability and everyone’s attitude has been very positive. Nobody is being selfish with the ball and I think that is key. We are relying on each other a lot. When one teammate has a bad game the rest of the team’s always there to pick them up,” Staubach said.

The DU Big Red improve to 14-4 and 6-3 in the conference. They are aiming towards a championship season and they have a lot on the line.

They head back into action on Wednesday vs DePauw.

DePauw gave them their worst loss of the season just a couple weeks ago defeating  them 63-38, but after going 3-1 since then, the women are in a much better position to defeat DePauw.

Guard Candise Love emphasized control of the ball for the near future.

“If we take care of the ball and play aggressive defense like we know how we can have a really great game. We need to put our best foot forward and we will compete well against them. I feel like we are a lot more confident as a team and we have been protecting the ball and decreasing turnovers.”