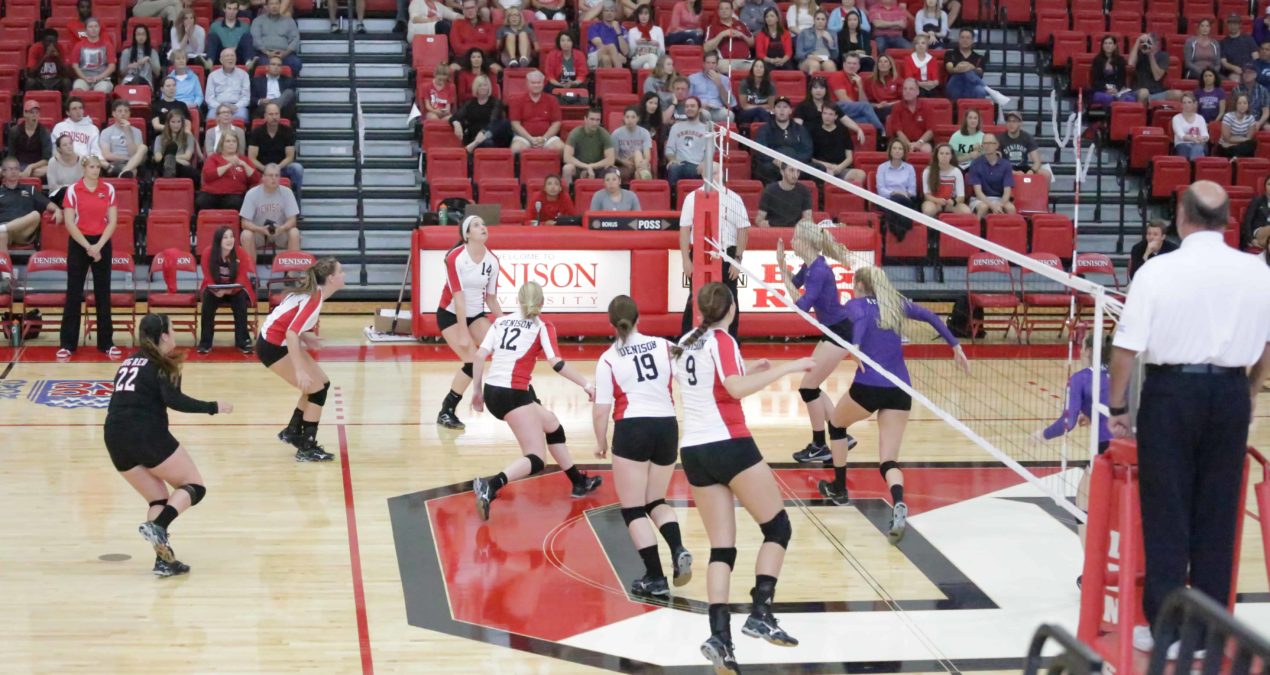 Volleyball suffers straight-set loss to DePauw on the road

The Denison Big Red women’s volleyball team fell to a record of 12-9 after this weekend’s road loss to the DePauw Tigers. This setback also pushes the women to a 4-3 NCAC record, while DePauw sits at 5-2 in conference play.

The Tigers ended up sweeping the Big Red in three straight sets, but despite the sweep the game was not a blowout loss.

The first set was a rocky one for Denison, as they dropped it by a score of 25-12. However, they did not let this first set get to their heads. The women showed raw grit and determination, battling back in the next two sets.

Despite their resilience, they did not quite have enough in the tank to surpass the battling Tigers. They lost both the second and third sets with a score of 25-22.

Elena Lein ’16 finished the day with eight kills, tied for a team high with Rachele Lock ’17. Lein had some positive words to say about the team’s performance and about their resilience in the last two sets.

“I think we had great effort this weekend,” she said. “We just need to focus on making a few small changes in practice to clean up a few errors and win the close sets.”

The loss did not come without its fair share of positives for the women. Lock finished the game with a team high 29 scoring attempts, and tied with Lein for the team high of eight kills. Libero Kristin Thewes ’18 recorded an unprecedented 26 digs, a game high for both teams. Lastly, Kaleigh Poe ’18 tallied a team high 22 assists, second only to DePauw’s Faith Rolwes.

Lein had some further insight into the success of the team and a look into the next three games.

“Throughout the season we’ve worked hard to get better and we’ve been able to maintain a positive attitude to help reach our goals,” she said. “We want to leave it all on the court and end our season on a good note.”

The team will finish off NCAC in-season play when they host Oberlin today at 7:00 p.m. at the Mitchell Center. This game will determine their final NCAC record and give them their overall seed for the conference tournament.

A closer look inside the Denison Big Red football program