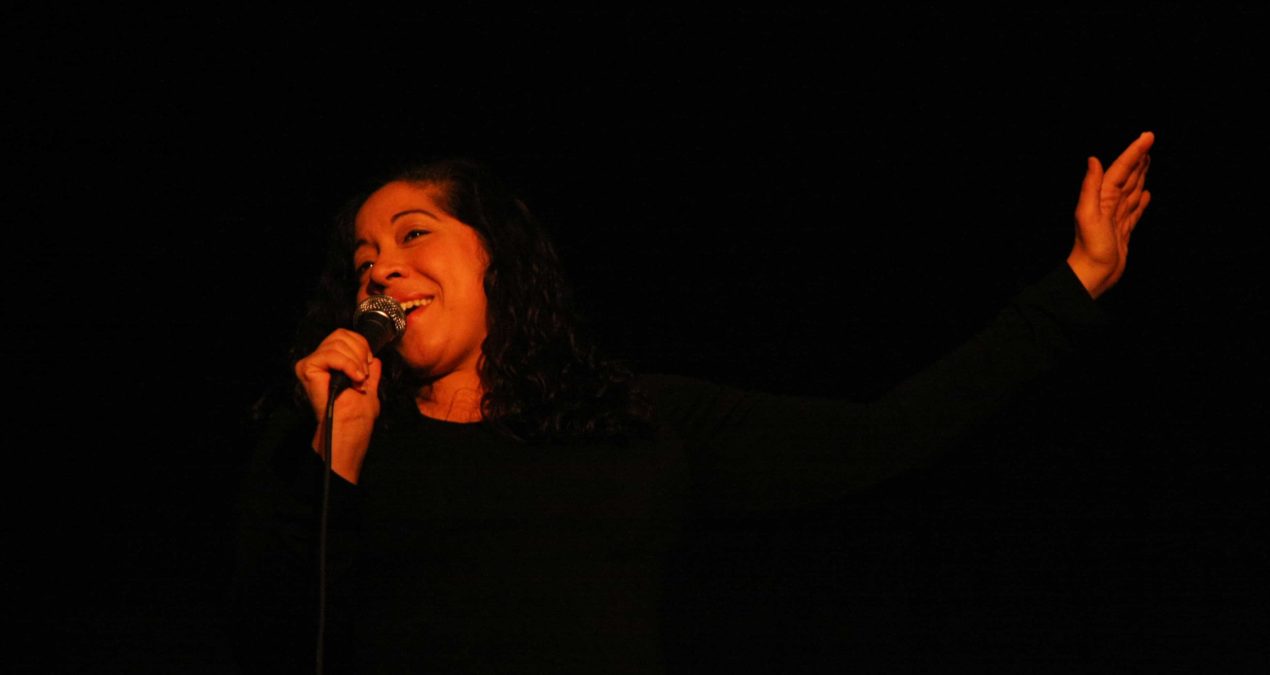 Gina Brillon brought warm humor to Denison on a cold night when she entertained a small crowd on the third floor of Slayter last Friday. A few dozen students clustered at the front of the rows of chairs, popcorn at the ready, for Brillon’s friendly and conversational comedy routine.

She started by introducing herself as a 34-year-old Puerto Rican Latina from the Bronx. From the very start, her stage presence and her quick laughter fit the small atmosphere. She welcomed the students in the first few rows into her routine, asking their names, drumming up support for the universal situations she made light of.

She included tales of growing up, loving dogs, working out, and relationships and friendships, saying, “It’s great to have girlfriends, you know? Every chick needs them. Friends who find you crying over a breakup you caused and are still on your side.”

Her confidence and frankness brought a charm to everything she talked about. In her words, “I have the sense of humor of a 4-year-old, and I love that about myself.”

Brillon has been interested in comedy since the age of 14, but did not start performing until her mother entered her and her identical twin in a “funniest person in the Bronx” contest when she was 17. “We both got third place,” Brillon said, “and I totally bombed the callback.” This didn’t deter her, however; “I could keep talking forever,” she said; “I’ve never stopped.”

Since then, she’s done standup throughout college and her adult life, though she has worked other jobs as well. She recently finished a tour in Texas, and described touring as “what every comedian dreams of.”

Brillon said she’s always wanted to keep going, despite getting tired and frustrated. “I love it,” she said, and hopes to one day be in a movie or on a sitcom. This year, she will film a 1 hour special, which will be introduced by Gabriel Iglesias, commonly known as the comedian “Fluffy.” But it’s clear that Brillon’s fans are most important: “I want a strong fanbase I can connect with,” she said, and by posing for pictures and answering questions after her show, along with her winning stage presence, she gained new fans at Denison.

Sophomore Celeste Acosta, UPC chair of comedians, said that the event was a success. “It went well. She interacted well with the small group that did show up.” UPC will bring two more comedians this semester.