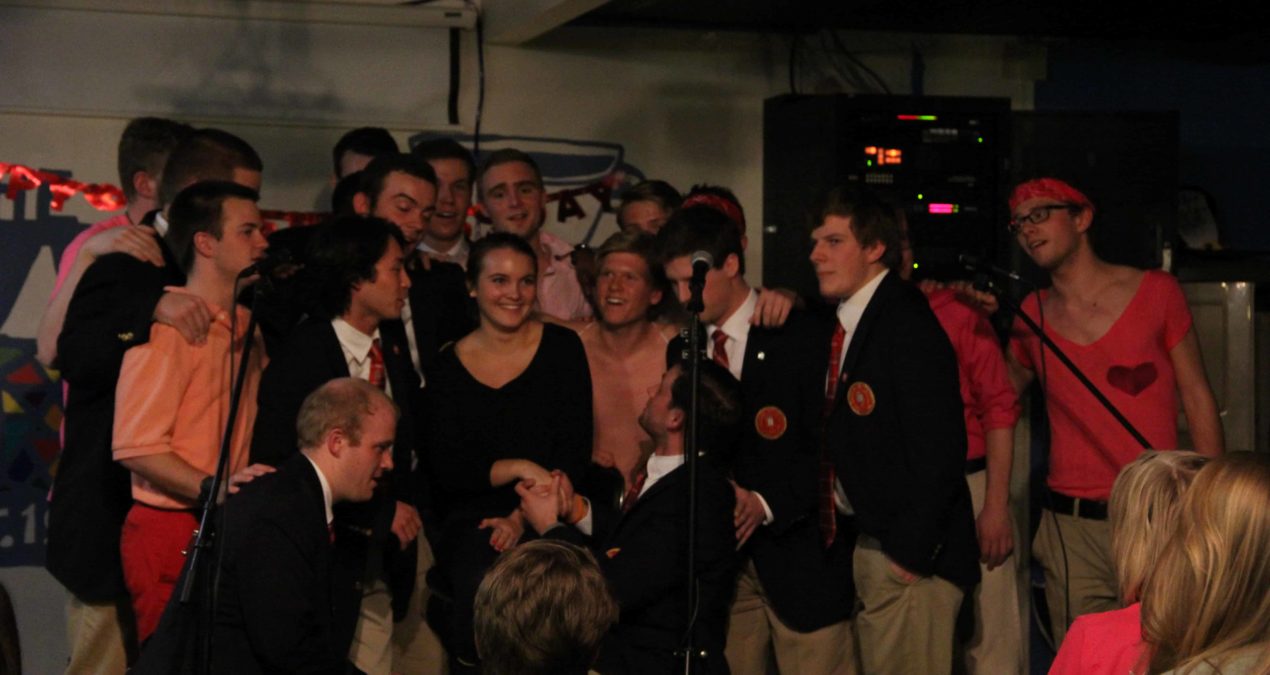 On Valentine’s Day, the Hilltoppers put on another great show. In typical Hilltopper fashion, an element of humor was incorporated into the concert with Charlie Vinopal ’16, from Park Ridge, Ill., dressed as Cupid in just a pair of wings and his boxers.

The new members were dressed in all pink, and stated their names and celebrity crushes, and then each did a silly dance move to introduce themselves.

One of the Hilltoppers’ biggest fans, Grace Putman ’16 of Bernardsville, N.J., said “it was a really good show, as always! They added some songs I hadn’t heard before, and the ones I have heard before sounded better than ever!”

The Hilltoppers performed some of their standards, including “Only You,” as well as hits like “Afternoon Delight,” “Send Me On My Way,” and “Someone Like You.”

The group also sang mashups of “My Girl” and “Ignition,” as well as “I’m Yours” and “Somewhere Over the Rainbow.”

And of course, it’s not a true Hilltoppers concert without a serenade; this time Reid Hirschey ’17 of Edina, Minn., was the lucky winner, with a serenade to “Only You.”