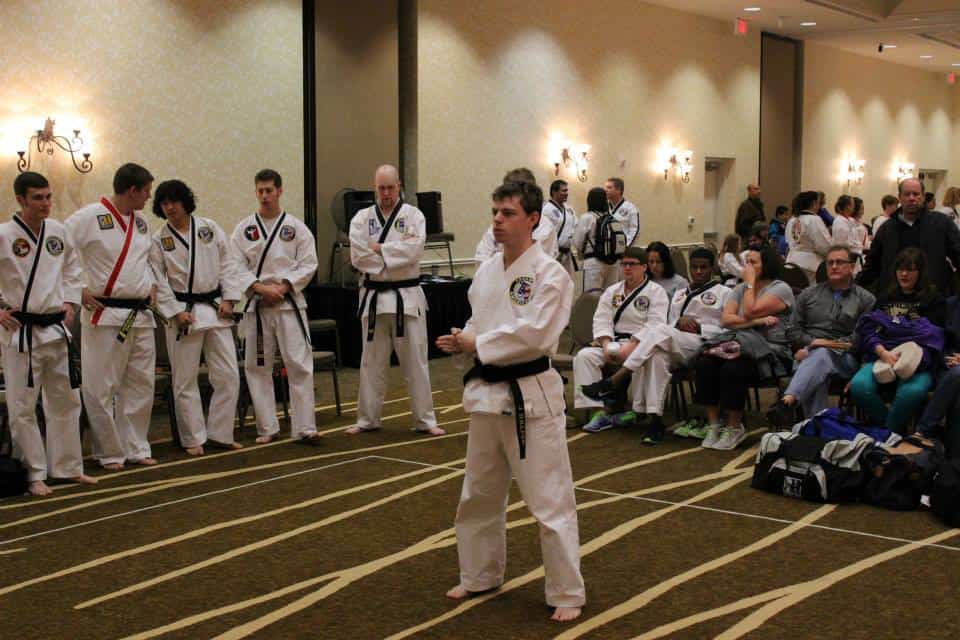 In a move to increase safety on Denison’s campus, the Taekwondo Club is holding sessions to teach students how to escape dangerous situations. One hour-long seminar was held in East Hall on Feb. 11, and attendees were taught the basics of self-defense from Taekwondo Instructor Jordan Slomovitz and his student instructors, Alice Heider, Trevor Masters and Josh DeSola.

The Taekwondo Club has held self defense seminars on campus for years, and it has always been popular, especially among women on campus. Club president Alice Heider ‘14, an English major from North Barrington, Ill., said these seminars began before her time at Denison. She said, “our instructor has been with us for seven years, so [the seminars have been happening for] at least that long.”

The session began with the instructor teaching students how to throw a basic punch and kick. After students understood the basics of self-defense, they began learning more complex moves such as non-threatening positions and how to yell loud enough to get help if being attacked. The focus was to teach students how to get out of dangerous situations.

Instructor Slomovitz told the students that what they learnt was not to be abused. He said, “You don’t learn this stuff and then go to a guy in the bar and go ‘okay, let’s do this!’ No. If a guy wants your wallet, throw it over his head and run when he goes to get it.” He continued, “The only time I would fight back is if I [were] cornered or I had my daughter with me. And then if I can’t get around the guy, I’ll go through him.”

He also emphasized that he wanted the students to learn to be aware. “One of the most important things I want people to take from these seminars is that the real secret to self-defense is to avoid the situation altogether and be aware of one’s surroundings. Too many times do we see nowadays that people are so distracted by technology that they don’t see the dangers right in front of them.”

The students felt that the seminar was both fun and educational. “It’s really interesting,” Harshida Pancholi said after the seminar. “[Slomovitz] was really fun to learn from. I didn’t know how useful such simple techniques could be in our lives.”

In order to have a self-defense session in a residence hall on campus, an RA or HR has to contact Alice Heider directly. A campus-wide seminar will be held on March 8 in Knobel Hall.