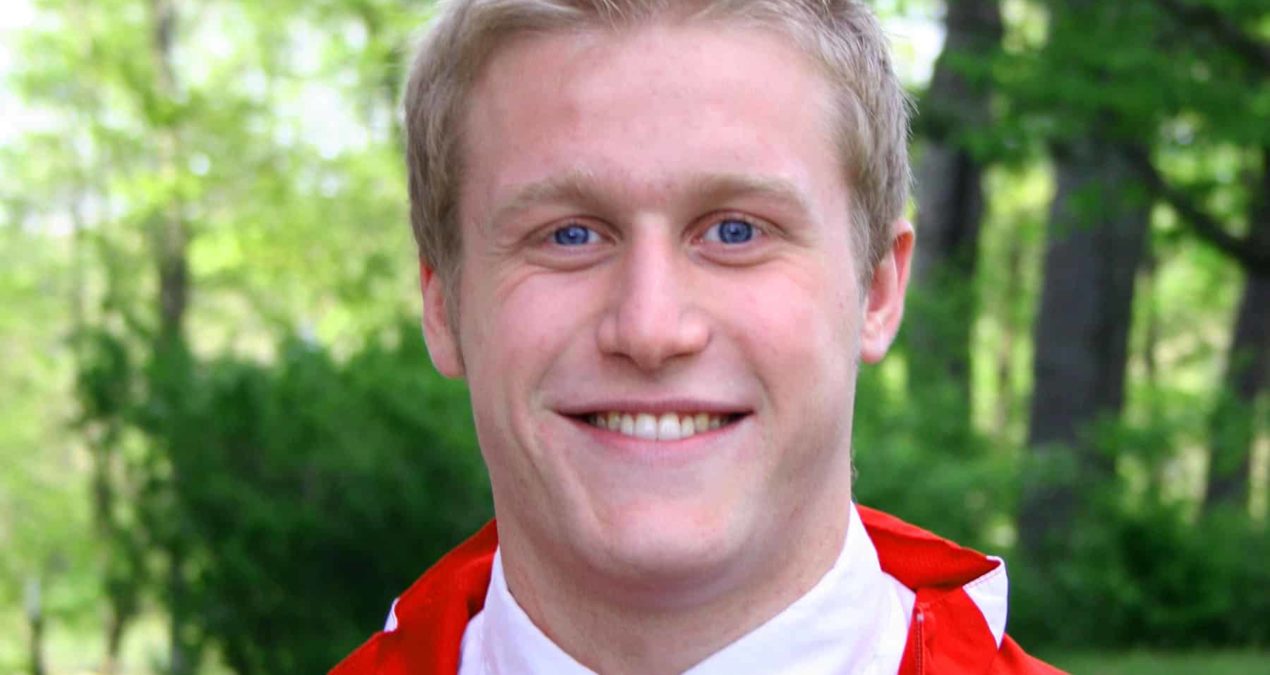 The Denison community mourns the loss of senior history major and economics minor David Marshall Hallman III, 21, from Erie, Pa., who passed away on Saturday Feb. 8.

“My hope is that in a small community like Denison, we can give his life and legacy more meaning. We all can, in a way, be more aware and kinder to each other,” said Mitchell Snay, one of Hallman’s professors this semester. “We can embrace our friends and our professors and our students.”

Hallman’s father called the Granville police department on 12:56 p.m. Saturday afternoon to report his son missing. He was last seen leaving Brew’s cafe around 1:30 a.m wearing a black North Face Jacket, a navy blue dress shirt and blue jeans, according to Brew’s surveillance video. Hallman had missed a noon appointment with his girlfriend and was unreachable by phone, according to the Granville police department’s news release.

At 2:50 p.m., a DU Alert was e-mailed out to the student body asking them to contact security or Granville police if they knew anything about his whereabouts.

Hallman’s friends provided information of his last known location. An emergency request was sent to Hallman’s cell phone provider, Verizon, and his cell phone was tracked to help law enforcement locate him. Officers searched the area around the signal location in the afternoon and evening.

Dr. Tim Miller, economics professor, had Hallman in his econometrics class, and Hallman was one of his advisees.

“He was always very positive, upbeat, fun to talk with, respectful and was always prepared,” said Miller. “Whenever a young person dies, it’s upsetting, and in this case, it seems unnecessary and pointless. He had so much future and potential ahead.”

On Saturday evening at 7:20 p.m., another email was sent out from Laurel Kennedy, Bill Fox, Adam Weinberg and Garret Moore, which stated: “At this time, we do not have reason to believe he has fallen in harm’s way but are very actively pursuing every possible lead.” It also said that counselors and clergy came to campus and were available for students.

By 8:15 p.m. Hallman was deemed a missing person and a DU Alert was sent out via e-mail, text, and phone call.

One of David’s roommates, Eric Fischer, a senior from Longmont, Colo., and swim teammates went around to the Sunset apartments Saturday evening looking for Hallman.

Saturday afternoon, over a hundred students gathered in Slayter and split into six groups to search the residential halls for Hallman.

He was found by two female staff members who were searching for Hallman at 10:34 p.m. Saturday night. The Granville Township Fire Department emergency squad was dispatched to the scene at 5 Parnassus Village Dr., near the Granville Golf Course.

At 11:22 p.m., another DU Alert confirmed Hallman’s passing. Members of the campus community who wanted to gather could come to Swasey Chapel at 11:30 p.m. Approximately 1,000 students, faculty and staff gathered at Swasey Chapel to mourn the loss of Hallman.

At this time, the cause of death is unknown and is under investigation by the Bureau of Criminal Investigation, the Granville Police Department and the Licking County Coroner’s Office, according to the Granville police department’s news release.

In the spring of 2013, Hallman took “Traditional East Asian Civilization” and “The Confucian Classics” classes with professor Dr. Barry Keenan in the history department.

“He was a quiet, always clean cut and pleasant student,” said Keenan. He remembered how Hallman would always warmly greet him whenever he saw him in an elevator or around campus. “There were no defects in his personality. He was so thoughtful,” said Keenan.

The news release stated that “alcohol is suspected of being a factor in the case.” In addition, The Newark Advocate reported that Granville police Sgt. Keith Blackledge said, “[Hallman] most likely died from exposure.”

A gathering of students and community members was held in Swasey at 11:30 p.m. Counselors were available to meet with students in the Shepardson Room on the 4th floor of Slayter Hall, beginning at 11:30 p.m.

Dr. Suzanne Condray, communication professor, had Hallman in her “Freedom of Speech” class and said he was a “nice guy.”

Dr. Jessica Bean had Hallman in her very first Economics 101 class at Denison in his first year, and this past fall semester he was in an elective she taught, the Evolution of the Western Economy.

“That was probably the most fun and inspiring group of students I’ve had in any class yet,” she said, “David was hard working and good humored, fun to have in the classroom, always polite and respectful, and just such a good and nice kid in every way.”

She said that she “will always have an image of him laughing with the rest of the class on our last day last semester.”

“This is a very, very hard loss for all of us, and I will be very, very sad not to get to see him graduate with his class,” she said.

The original article about David Hallman published on Feb. 9 has been replaced with this one in light of more details.