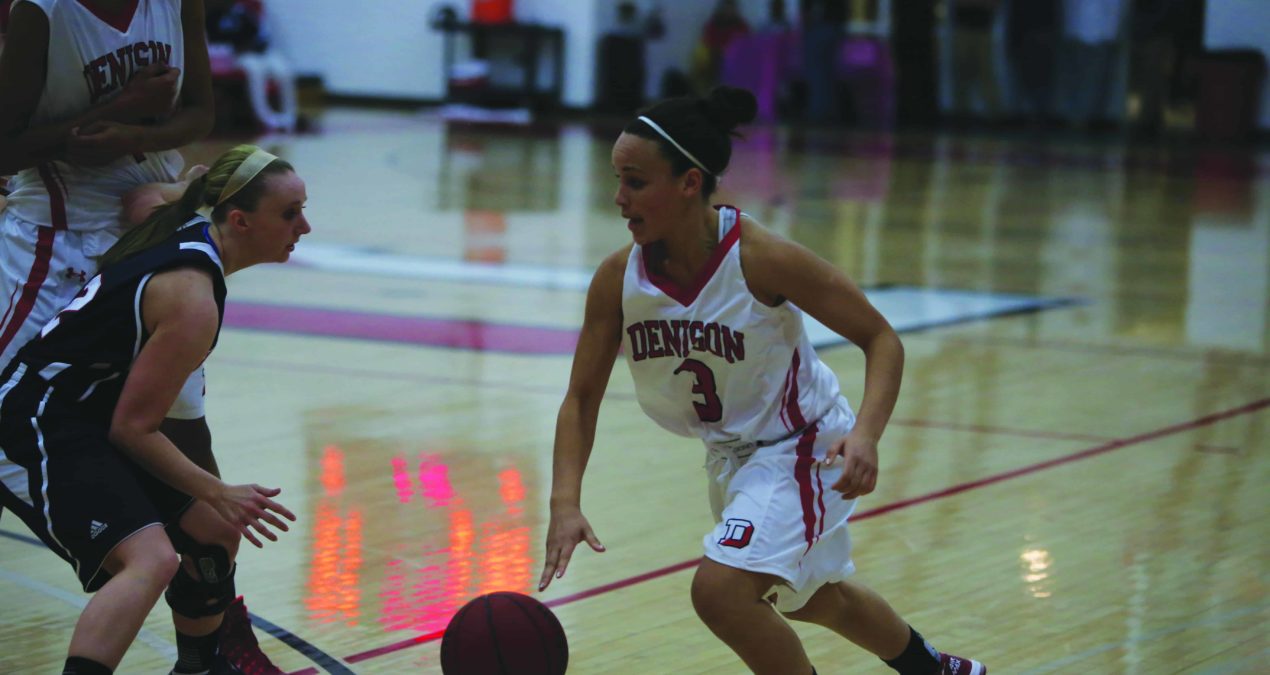 The Denison Women’s Basketball team is on fire as they ready for the NCAC tournament, which begins Tuesday, Feb. 25. The scorching team has won five of their last six, including dominating victories this weekend over Hiram College and Allegheny College.

The Big Red continued their strong play against Hiram last Wednesday night with a convincing 62-43 victory at home. The team had a clear game plan entering the game.

Gretchen Staubach ‘14 was primarily honed in on the team’s defensive strategy. “The game plan for Hiram was to come out strong defensively,” said Staubach. “We knew that they could shoot the three, so we wanted to make sure that we fought through the perimeter screens.”

Denison’s strong defensive play hindered Hiram’s ability to score efficiently, as the Terriers shot only 33.3 percent from the field.

Notable performances in the game came from Jordan Holmes ‘17 and Mary Margaret Habel ‘15. Holmes racked up the second triple-double of her young Denison career. Holmes scored 13 points, notched 16 boards and 10 blocks as she helped contribute to Denison’s strong defensive play. Holmes has had a phenomenal freshman campaign as she led the team in minutes played (33 Min/G), steals (1.4 Stl/G), blocks (6.3 Blk/G), and rebounds (14.2 Rb/G).

Impressively, Holmes leads the nation (including D1, D2, and D3) in blocked shots per game.

“It is a surreal feeling to know that an 18 year old freshman from a small college like Denison is leading the country in something,” Holmes remarked.

The freshman has started every game this season for the Big Red and is vital towards the team’s success.

Head Coach Sara Lee raved about her freshman superstar. “Jordan is a big key to our defensive scheme this season,” Lee said. “Her ability to block shots has allowed the rest of the team to play a little more aggressive on their players knowing she is usually behind them protecting the basket.”