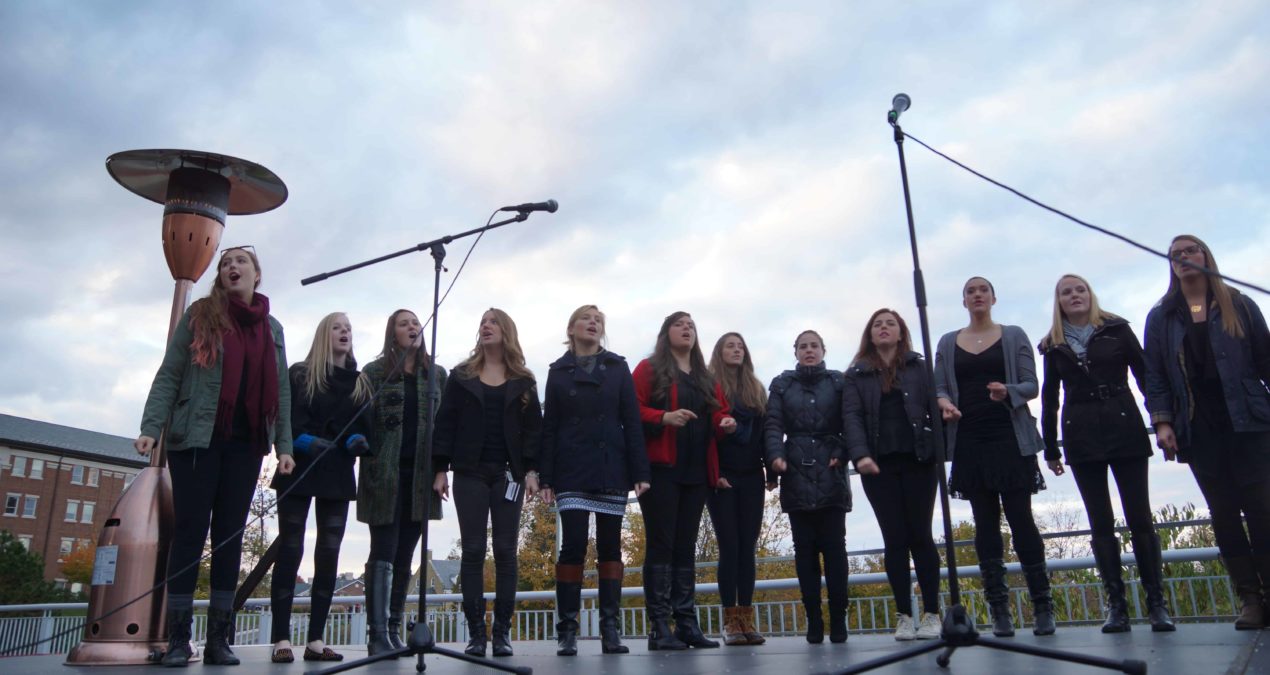 By Sara Shore, Special to the Denisonian

Each season the hockey team switches the focus from the game to the runway for this trademark event, which raises funds and awareness for pediatric cancer, and includes a dinner, both silent and live auctions and a VIP cocktail reception.

A finale runway walk serves as the highlight of the evening, and the players walk down the runway with their significant others as well as a local young hero – the true stars of the event.

The Blue Jackets take pride in presenting the money from the event to their local partner corporations such as Nationwide Children’s Hospital, A Kid Again and Flashes of Hope.

Composed of 19 women, Ladies’ Night Out (LNO) is the only all-female a cappella group on Denison’s campus. LNO arranged a rendition of “Pompeii” by Bastille for the show.

Member Madison Kavanaugh ’16 of Springfield, Ohio, says “We were so nervous about performing this piece for the first time.”

The group looked to the Hilltoppers, the male a cappella group on campus, for critiques and advice.

Kavanaugh added that “the Nationwide Arena was the biggest venue we have ever performed. We are so honored and hope to be invited to more large scale events in the future.”

Member Maddy Schriger ‘16 of Oakland, Calif., said “We were nervous but there was never a moment of doubt.” Schriger added that she “felt like a rock star performing for such an amazing cause.”

Photo, Ladies’ Night Out performing at D-Day 2013, courtesy of Hung Tran, The Denisonian

Flashback: Why the 80’s are music’s best decade