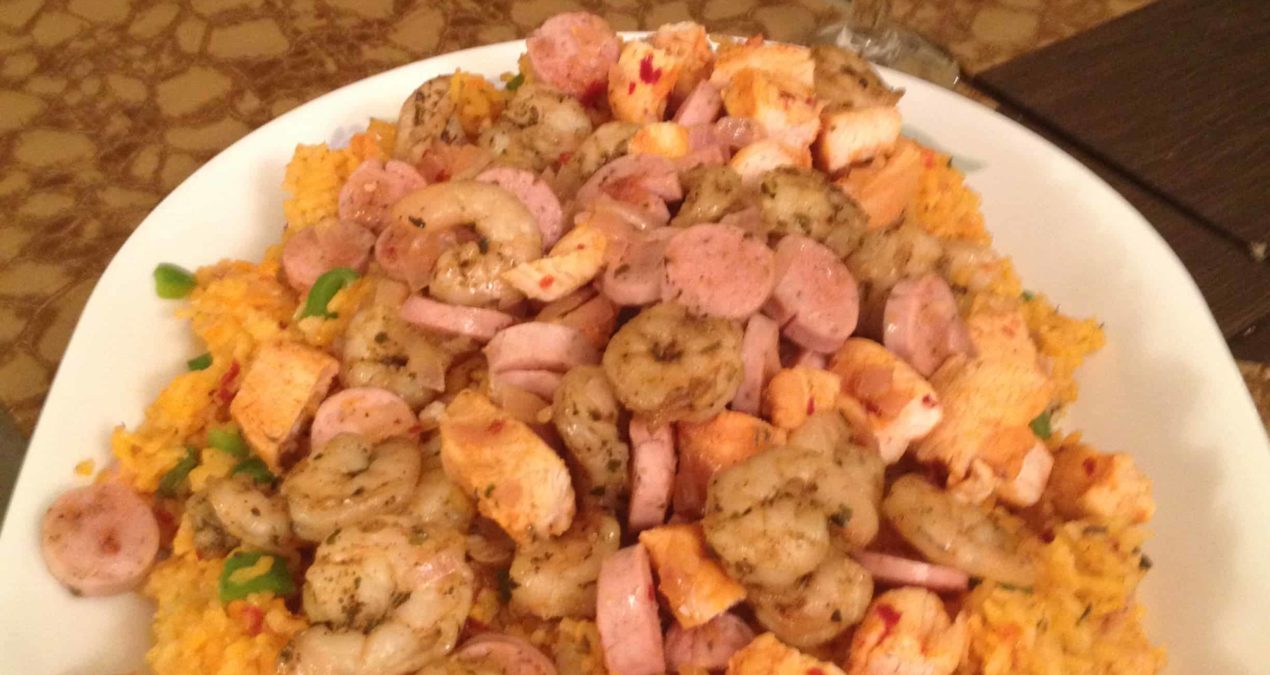 Paella was one of the first recipes I made which I had never had before. My mother lets me cook once a week and my father insisted that I try to make something substantial that could be a whole meal. I had saved the Paella recipe decided to give it a try because it had everything my family loved: meat, rice and a small amount of vegetables.

The original recipe called for a lot of spices, but I found that it can work just as well with a few. You can use whatever meat you like, but I prefer smokey sausage because it gives a wonderful flavor.

1 package sausages, chopped (I used chilli-cheese ones, you can add more if you like)

1 tsp red chilli flakes (add this to your taste)

salt and black pepper (to taste)

Take a pot and heat up the oil in it. Add the garlic and spices when it’s hot enough.

Add the uncooked rice and mix until it’s coated with the spices and oil.

Add the chicken broth and tomatoes and bring it to a boil before simmering.

Simmer, stirring occasionally, until the liquid is gone and the rice is just right. Add salt and pepper to taste.

Be careful not to stir too much or the rice will become like a paste.

While the rice is cooking, In a separate frying pan, saute the meat with the green peppers until done. Set aside.

To serve, spoon the rice on a plate and then top with the meat and green peppers. Serve hot.