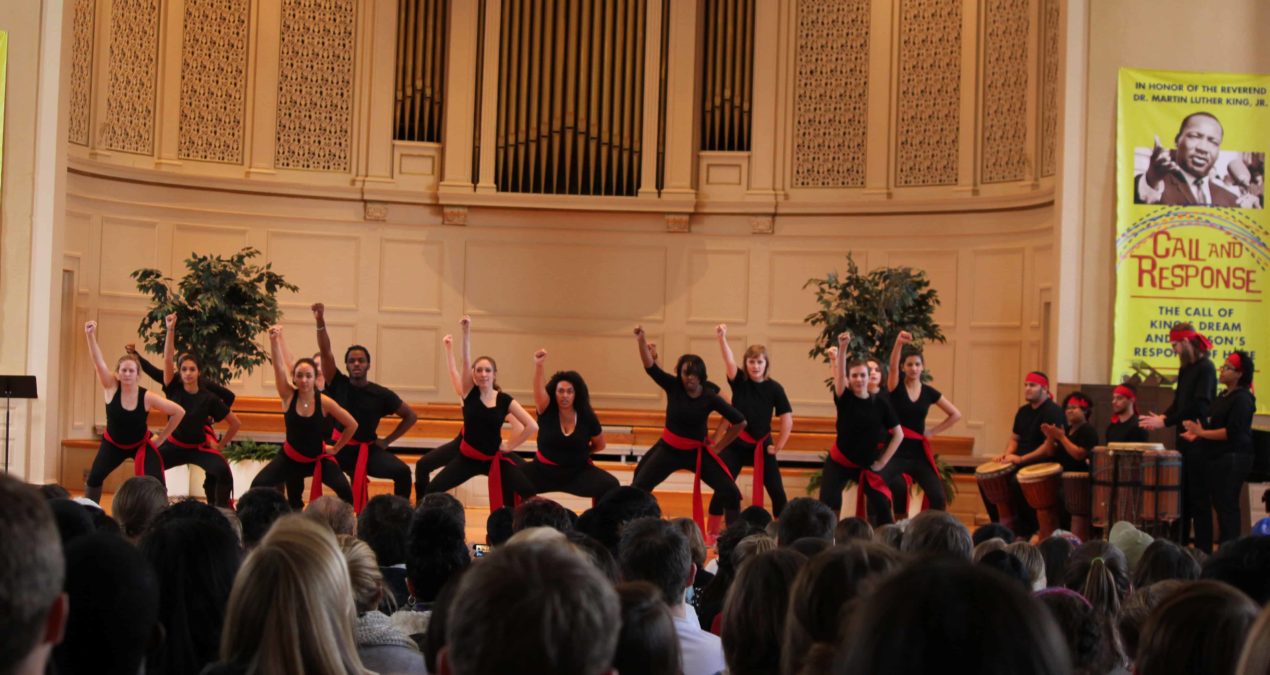 Song and dance fill Swasey in celebration of MLK Day

This year, as a part of Denison’s annual week-long celebration to honor the life of the Reverend Dr. Martin Luther King, Jr., several student groups participated in the “Call to Critical Thinking” event held in Swasey Chapel on Monday afternoon.

During this event, there were performances by the Denison Dazzlers, Tehillah, and the Hilltoppers. In addition, a traditional South African Boot Dance was choreographed by Assistant Professor of Dance Stafford Berry Jr. “[The dance’s] actual name is ‘isicaXulo’, [however,] its more social name is [the] South African gum boot dance’,” says Berry. He mentions “the reason why it was named that [is] because at one point in its history, [rubber Wellington boots] were added to the dance…”

He adds that the dance was traditionally accompanied by stringed instruments, and later was popularized in South African mines, where workers would compete against each other to boost their spirits.

Berry and sophomore Graciella Maiolatesi, a Black Studies and Dance double major from Amherst, Mass., worked together to organize participants for the dance. Students who were interested began rehearsing at the start of the semester.

Maiolatesi says that “while the dance itself is called isicaXulo, we will also be doing movements from DunDunBa.” She adds that a traditional South African chant called “Chozaloza” that was sung during apartheid will accompany the dance.

Berry and Maiolatesi both serve on the MLK Committee, and say that the dance this year is a tribute to both Dr. King and the late Nelson Mandela. “There’s some overlap with them as political figures, in terms of what they believed in, certainly democracy and a democratic society, but also this idea of combatting injustices with nonviolence or by peaceful means,” says Berry. “They had that in common, so it was enough inspiration for me to try and incorporate those ideas into the movement.”