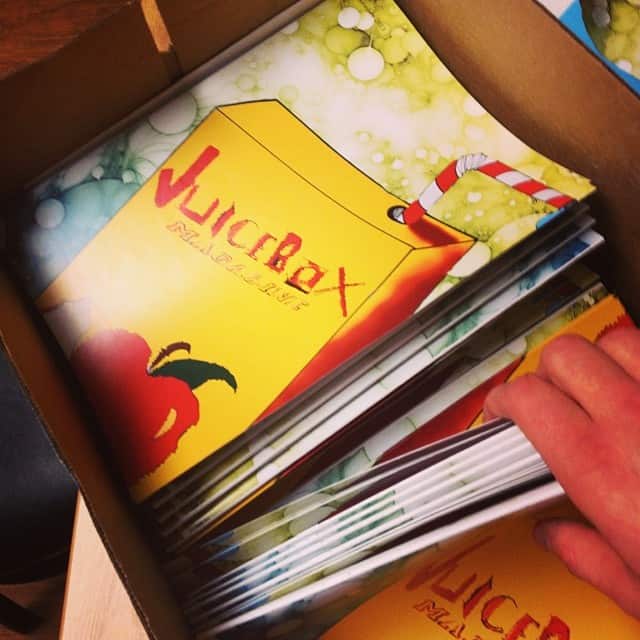 The student-run magazine Juicebox made its debut in November 2013; however, their first issue may be their last, due to unexpected funding complications.

In order to produce their first issue, CLIC and the Finance Committee approved a trial funding for two issues, enabling the magazine to produce the first edition of the Juicebox: 250 copies of the 22-page issue.

The premier issue exhibited artwork, poetry, prose, satire and journalistic writings from 16 Denison students. Editor-in Chief Nick Holland ‘14 from Medina, Ohio claims that the Juicebox’s goal “is to provide an appealing and well-edited open forum for Denisonians to express their interests, opinions, and passions, as well as providing a hands-on learning experience…involved in making a real publication.”

After this first publication, CLIC and the Finance Committee decided against funding the second issue of Juicebox, disheartening the magazine staff. Holland and Juicebox Treasurer Param Ajmera ‘14 arranged a meeting with Finance Committee Chair Kiara Sims in response to their lack of funding.

During this meeting, Holland and Ajmera pleaded their case to Sims, who had heard of the magazine from others, but had not gotten the chance to read a copy. At the end of the meeting, Sims agreed to bring up all of the concerns to the Finance Committee, and they would vote on the decision to continue funding.

Two days after this meeting, Ajmera received an e-mail from the Finance Committee stating that the decision to deny funding remained final.

However, Holland remains determined to continue producing Juicebox: “Since then I have been in correspondence with the Denison English Department to see if we can get funding directly from that department, but this remains uncertain”

But this option might not alleviate the Juicebox’s lack of funding.

All funding towards the magazine would go directly to printing costs, if received. Holland claims although “it is unavoidable that a color magazine will have to be paid for in order to print, this is the only cost involved in our organization.” The goal, if Juicebox receives the necessary funds, is for 250 copies of a 24-page magazine, which costs about $600 from the most inexpensive color-printing company.

If students want to learn more about the funding circumstances of Juicebox, their Facebook page continues to post updates on the situation.