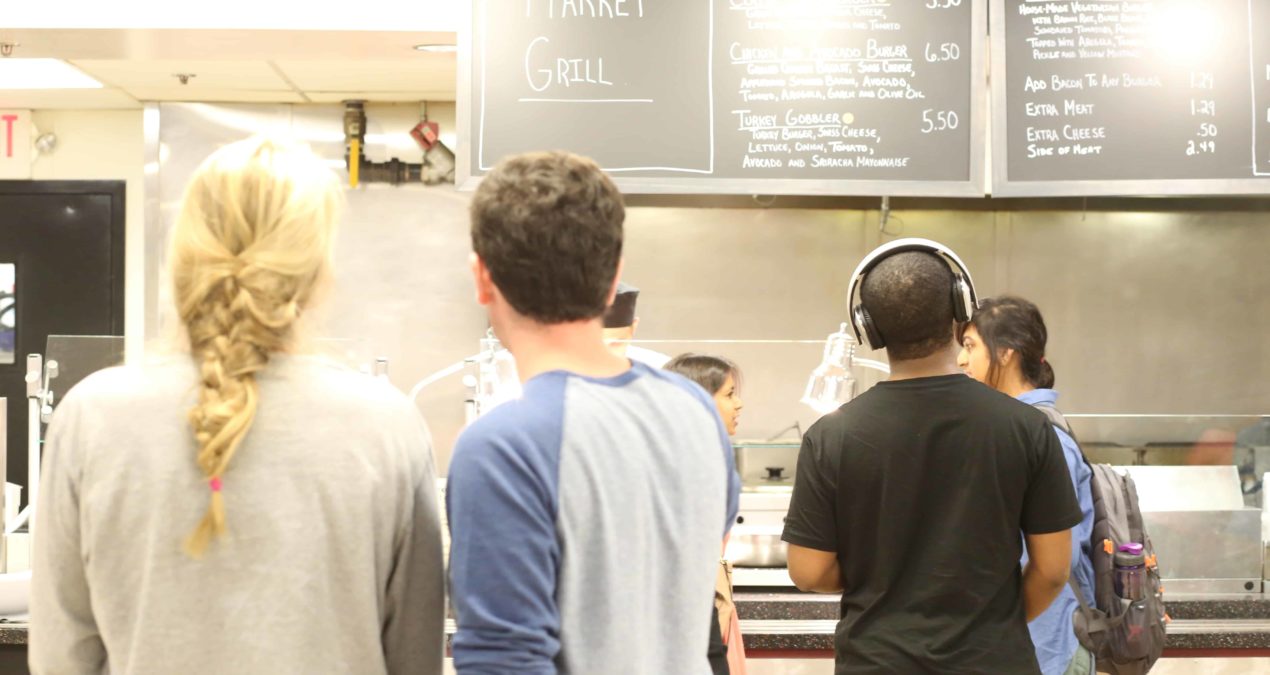 Meal-X: A victim of its own success?

When students returned to campus a couple of weeks ago, they were surprised to find that Meal-X, the most popular meal option for dinner, underwent multiple changes.

Some of the changes included extra charges for meat and tofu for the vegetable bowl option, extra charges for queso in the “Cantina” section and the sandwich bar was completely taken off the list for Meal-X options.

Jennifer McGann, the general manager for dining services, said that she, the dining staff and Jenna McDevitt, director of administrative services, began talking about making changes to Meal-X at the end of last year. She said that they didn’t talk to the dining committee, which has student representatives, because “most of the talking happened during the summer.”

McGann said they made changes to Meal-X was to deter students from eating in Slayter and instead choose to eat more meals in Huffman or Curtis.

She said, “we looked at the numbers, and Slayter was getting twice as much business as Curtis and Huffman combined.”

McGann said the dining halls were built to feed and accommodate more people than Slayter, and it was hard on the staff to try to feed 1,000 students a night in the small Slayter kitchens. “Slayter was made to function as a snack bar,” she said. “There’s not a lot of space to store fresh food, and it was not an efficient way to use the small space.”

She added that Huffman is a newly renovated dining hall, and the space was designed for students to be able to gather and have a family-style dinner but the dining hall was largely under-utilized.

Abbie Thill ‘16, a women studies major from Minneapolis, Minn., said, “if her argument was that they changed Meal-X because so many people went to it, and if she thought people went because its convenient, then that’s not a good reason.” She continued, “Why recognize that something is convenient for students and then change it so they are deterred from taking advantage of it?”

McGann addressed this concern, and many concerns from other students, by reverting back to some of the old Meal-X options early last week. She said in an e-mail that they have added a black bean burger option to the grill, returned to unlimited toppings on the cantina bowl and the chopped salad and made the chopped option either a small or large salad.

She said that she tried to make a compromise between the student body and the most economically efficient way to run dining services by giving some of the old options back but also maintaining some of the changes that were made.

McGann said, “one of the strengths of Bon Apetit is that it’s our job to be responsive to student concerns while also making wise businesses decisions.” She continued, “a compromise was necessary.”