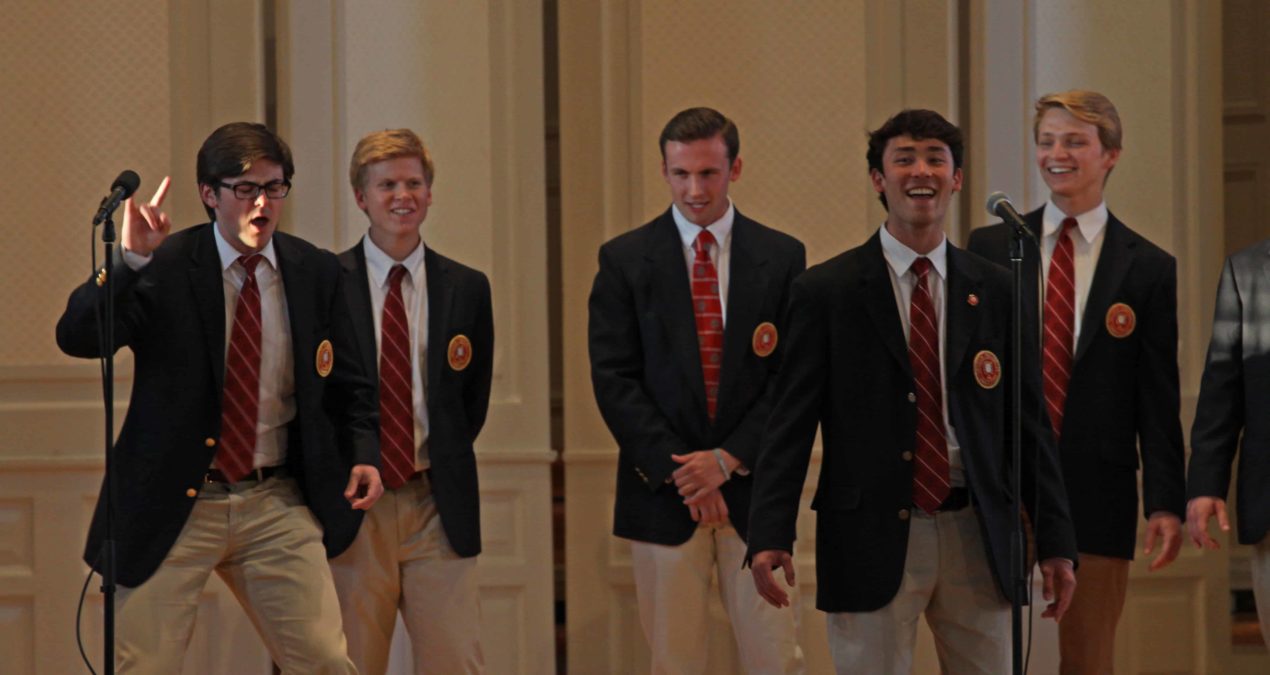 Hilltoppers send off seniors and welcome freshmen to the stage

Swasey Chapel was packed on April 25 with fans of the Hilltoppers ready to see their last concert of the year.  It was their “Out with the Old, In with the New” concert, ushering in new members and saying farewell to the seniors. Kyle Gordon ’14 belts out a solo

The seniors gave their last hurrah when they got the chance to sing a song of their choosing.  The seniors include Caleb Randall-Bodman, Adam Safer, Jack Ogilvie, Kyle Gordon, Justin Weiss, and Danny Webb. These solos were spread throughout the concert.

Ansley Gibson ‘17 of Great Falls, Va., said, “I got chills listening to the seniors’ solos.  They really put a lot of thought into their final songs, and it paid off.”

Lizzy Pellicane ‘16 of Short Hills, N.J. also enjoyed the seniors’ solos: “I really liked how the seniors were able to do their own song.  You could tell how much they enjoyed it!”

Although it was a bittersweet concert, next year will be exciting for the Hilltoppers with Kyle Vesper ‘15 as the new rehearsal director. Denison music lovers can look forward to seeing performances from the Hilltoppers for years to come.