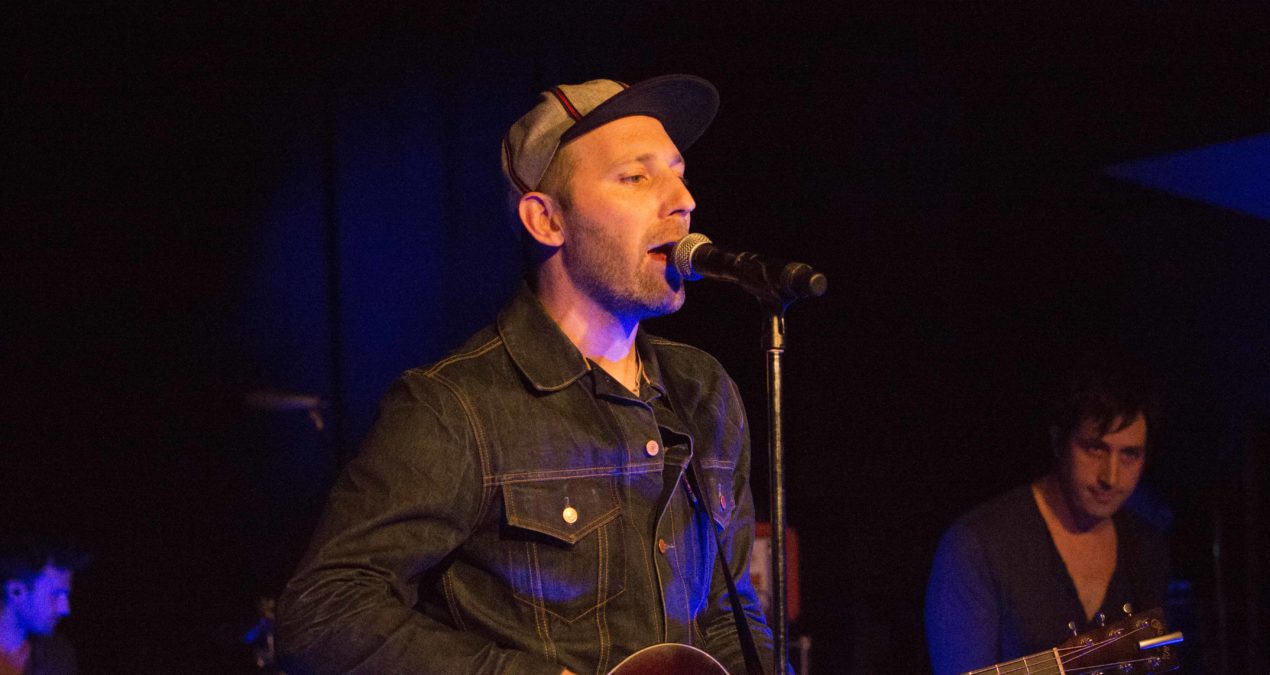 After a long week of weather ups and downs and mountains of homework, the students crowding in Slayter were more than ready to let loose and relax with pop/rock singer Mat Kearney.

This concert, held on April 18 in the Roost, was a last-minute addition for the UPC’s spring line-up, but it quickly drew attention via Facebook and word of mouth.

Students were lined up early waiting for the doors to open when the stage fog from upstairs set off the building smoke alarms.  After this slightly rough start to the evening, Kearney took to the stage—and took off.  At first, Kearney was a little subdued, delivering some of his latest tunes casually even though the audience was clearly excited to see him.

A few songs into his set, he began to engage more with the audience, and by the end of the concert he was regularly stepping off the stage into the crowd while performing parts of his songs.

Kearney is certainly a performer to see live.  His vocal performance was excellent, and the rest of the band was always in perfect sync.  They entertained the crowd with Kearney classics, as well as some of his lesser known tracks.  “What if I played something I don’t normally play?” he asked the audience before starting into “Chicago,” a more relaxed tune that did not fail to please.

About halfway through the set, which ran a little over an hour, Kearney played one of his signature songs, “Nothing Left to Lose.”  The crowd went wild, and it was clear that there were many longtime Kearney fans in the audience.

Even for the new fans in the room, the band successfully entertained all.

After Kearney and the band ended the set, the audience immediately started begging for an encore, loudly chanting “Ships in the Night,” the title of one of Kearney’s most popular songs.

The band did not leave the audience in suspense for long, but quickly returned and delivered.  The concert was certainly a success, and the perfect way to celebrate the beginning of spring and the end of another Denison semester.