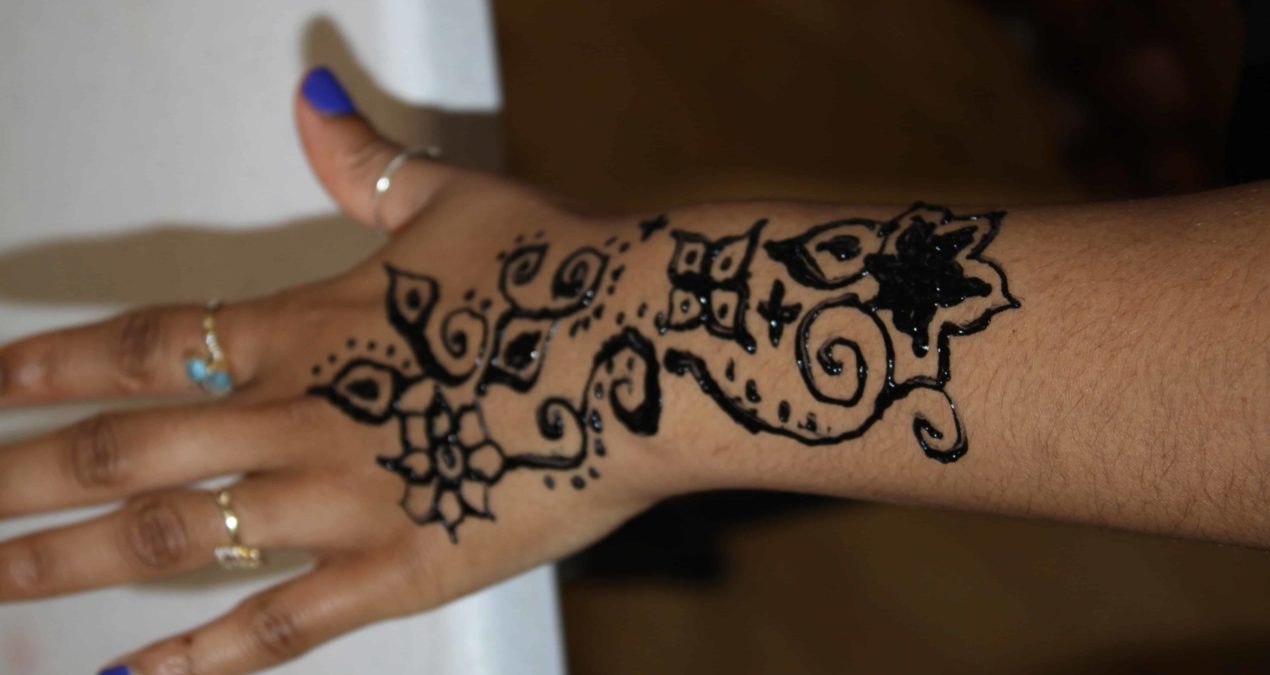 The festival, which took place on April 13, had a variety of food including shawarma, tabouleh, and baklava.

Saliba Ishaq ‘15, a biochemistry major from Chicago, Ill. and originally from Palestine, serves as president of MECO. He said they hosted the festival “to introduce people to middle eastern music, some art, the kitchen, and we wanted a fun event to end the year with.”

MECO vice president (and Saliba’s sister) Dalia Ishaq ‘16, a biochemistry major from Chicago, Ill. and originally from Palestine, said, “It’s amazing. We didn’t expect that much of a turn-out.”

Haley Dowdie ‘17, a communication major from Boston, Mass., said she attended because “my friend told me about it, and I was super glad that she told me.”  She added that “the food is absolutely delicious.”

Other students were equally excited.  Lashonda Payne ‘17, a biology major and Spanish minor from Pickerington, Ohio, said “I think it’s awesome. The food is great. The music is great. I got my first henna.”

MECO’s upcoming event is a Nagwa Karam concert in Cleveland.  If interested in attending, students may contact Saliba Ishaq at [email protected]