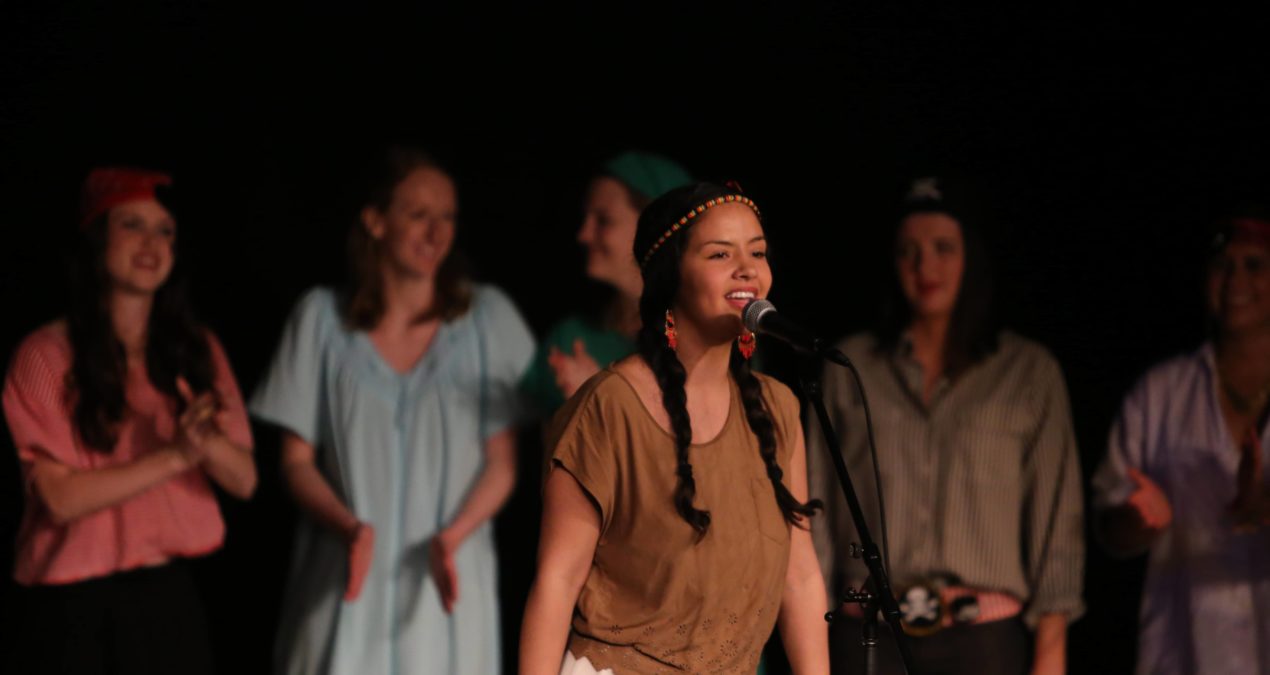 Madonna’s “Like a Virgin” could be heard from The Roost over and over as the Denison a cappella group Ladies Night Out (LNO) welcomed their new performers to the stage for their first solo.

Known as “the Virgin Concert,” this LNO performance involves more than just musical talent. The new members had to sing music they had gotten shortly before they took the spotlight for the first time.

On April 14, the new ladies showcased not only their powerful pipes, but also sheer confidence in their voices.

The new members Janyce Caraballo ‘17, Sarah Dixon ‘17, Rosalie Good ‘17, Emily Myette ’17, and Meghan Powers ‘16 each sang their solo and earned their place as a talented member of LNO.

New LNO member Good describes the emotional experience of performing her first solo: “It was nerve wracking, but also really exciting because after I sang I became an official member of LNO.”

Good sang “Love on Top” by Beyonce, and claims this “made things scarier because it’s hard to do her songs justice.”

Despite these fears, the women put on an entertaining performance, not only in song, but also in costume.

Everyone, both on and off-stage, seemed to have a great time.

Eisner Center for Performing Arts open for use at last