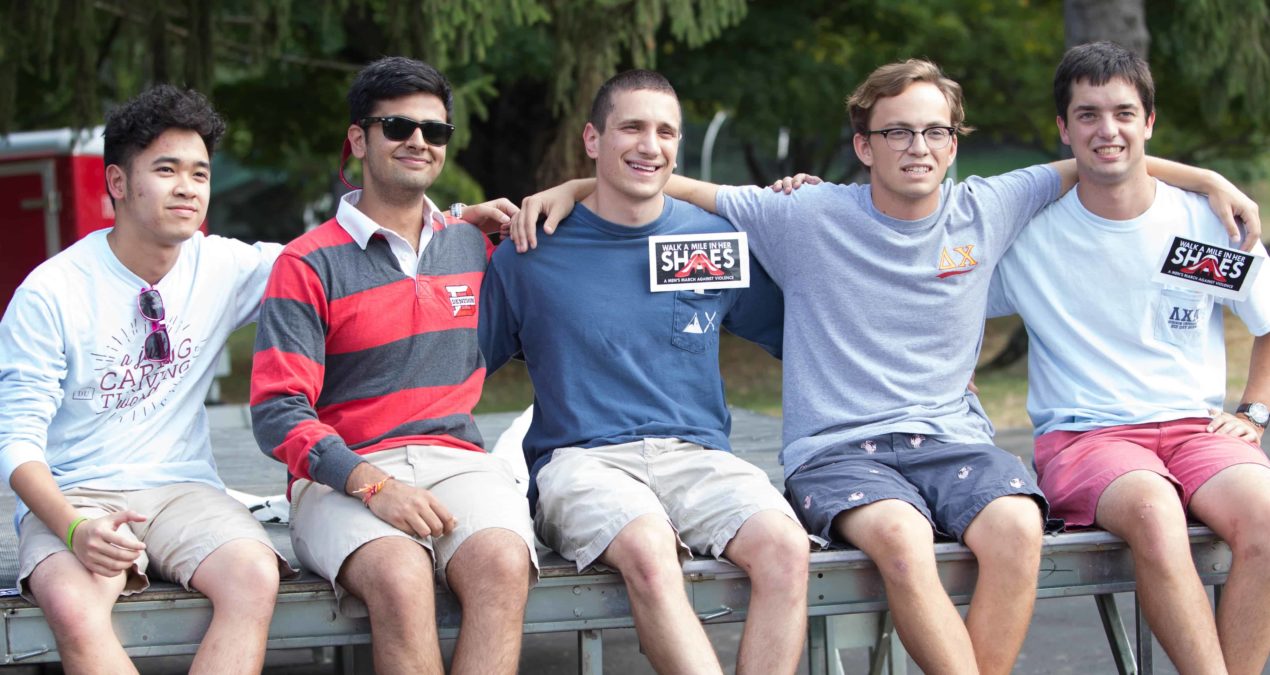 Greek life is a large part of Denison’s community, and this past week highlighted Greek life and involvement on campus. The week began with convocation in Swasey Chapel, followed by a day of service on Thursday, the Greek games on Friday and a concert featuring several student groups, student performers and country artist Clark Manson held on Saturday as the finale for the series of events.

The convocation ceremony usually hosts a speaker who talks about hazing prevention and other relevant topics, but this year the students decided that they wanted to put on a presentation themselves. Aimee Maczko, the CLIC overseer of fraternity and sorority life, said that, “we arranged for all four councils, and the groups within those councils, to present themselves to the campus community.” She said that the convocation on Tuesday was for more of an educational purpose, “we invited faculty, all students and staff to come out in addition to our current community to make sure that everyone was educated on the groups we have.”

Audrey Smith ’18, a member of the Kappa Kappa Gamma sorority, had a lot of positive words to say in regards to the service day. “We had a lot of people show up for the service day, which was really good,” she said,  “our goal was to make 400 sandwiches in two hours, but we ended up making 440 in about an hour and a half, which is great.”

On Friday, the “Walk a Mile in her Shoes” event took place in Granville. Men were challenged to walk a mile in crimson red high-heeled shoes to bring awareness to rape prevention, and it turned out to be a huge success. The Greek games were scheduled to take place after with events such as capture the flag and a dance off, but it was cancelled due to low attendance.

The week was capped off by a concert where student a cappella groups Ladies’ Night Out and The Hilltoppers sang in addition to student artists Joey Aich and Rob “Sarob” Tate and country music star Clark Manson.

In total, the week was a success, according to Maczko. “The overarching purpose was… bringing the groups together to celebrate one another.” Maczko was thrilled by the overall success of the event. “It ended up being really fun, and we all had a great time.”