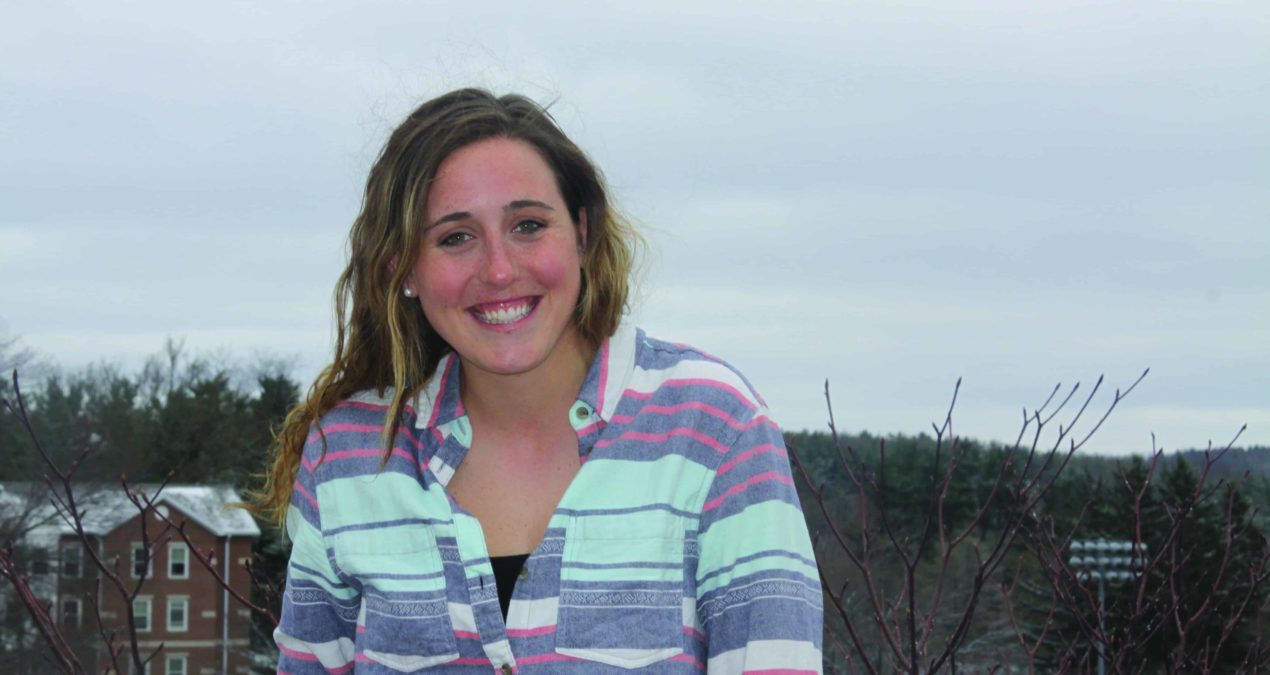 Emily Lipsitz ’15: Biking across America in the fight against cancer

Have you ever imagined biking 4,400 miles across the country over the course of just a couple of months? Emily Lipsitz ’15 of Kingstown, R.I. is planning on doing just that this summer. This is not something out of character for Lipsitz, who is an active student on campus.

Her most exciting new adventure is her upcoming bike race for cancer research that she will be participating in this summer. The trip is called “4k for Cancer.”

She is a member of Kappa Alpha Theta sorority, Relay for Life, Denison Student Athletic Advisory Council (DSAAC), and she is also a Denison Community Association (DCA) medical volunteer. Among all of these activities, she is leading a new freshman cycling orientation called “Bike-O” this summer for the incoming class of 2018.

Beginning in Baltimore on June 1, Lipsitz, among a group of 34 others, will bike 4,400 miles across the country ending up in Portland on Aug. 9.

All accepted members take a pledge to raise a dollar for every mile that they bike, so they must raise $4,400 by the start of their journey.

The program has four biking groups and one running group. All groups begin in Baltimore and end up in Portland, San Diego, Seattle, or San Francisco.

The proceeds that the members raise go to the Ulman Cancer Fund for Young Adults, which is based out of Baltimore. Out of over 350 applicants, Lipsitz was one of 130 accepted participants.

You can’t just wake up one morning and hop on a bike for 4,400 miles. Lipsitz has been training tirelessly, going on rides as often as she can, making sure to incorporate hills.

She likes to go on morning rides along the bike paths around campus and as much as she can, saying, “I actually have a bike in my dorm room that I like to use for training.”

Lipsitz first heard about this program when she was abroad last semester in Costa Rica. A good friend that she met in her program had done it, and got her interested. Lipsitz learned all about the trip as she followed her friend along her journey.

Although the requirement is raising at least $4,400, Lipsitz has already exceeded this amount and has raised $5,000. “I basically just reached out to as many people as I could. Sending letters, different kinds of publicity, and reaching out to local businesses.” She said she’s had a lot of success with the local community of Granville alone.

As a biology and athletic training double major, Lipsitz feels connected to this experience on an academic level as well.

Next year she will be writing a 60- page thesis paper on how the leg functions in one rotation of biking, and she is very seriously considering a career path in medicine, specifically pediatric oncology.

Lipsitz’s main motivation for doing this bike race is the “personal experience and journey of growth” as well as raising money for cancer research.

Throughout all of her training and involvement, Lipsitz has even gotten her family involved and active: “I’ve gotten my mom and my sister into spinning through this process. They’ve been really supportive of me from the start.”

If you would like to make a donation to the foundation or just want to find out more information on Lipsitz and her role in the cause, you can visit http://4kforcancer.org/profiles/emily-lipsitz/.