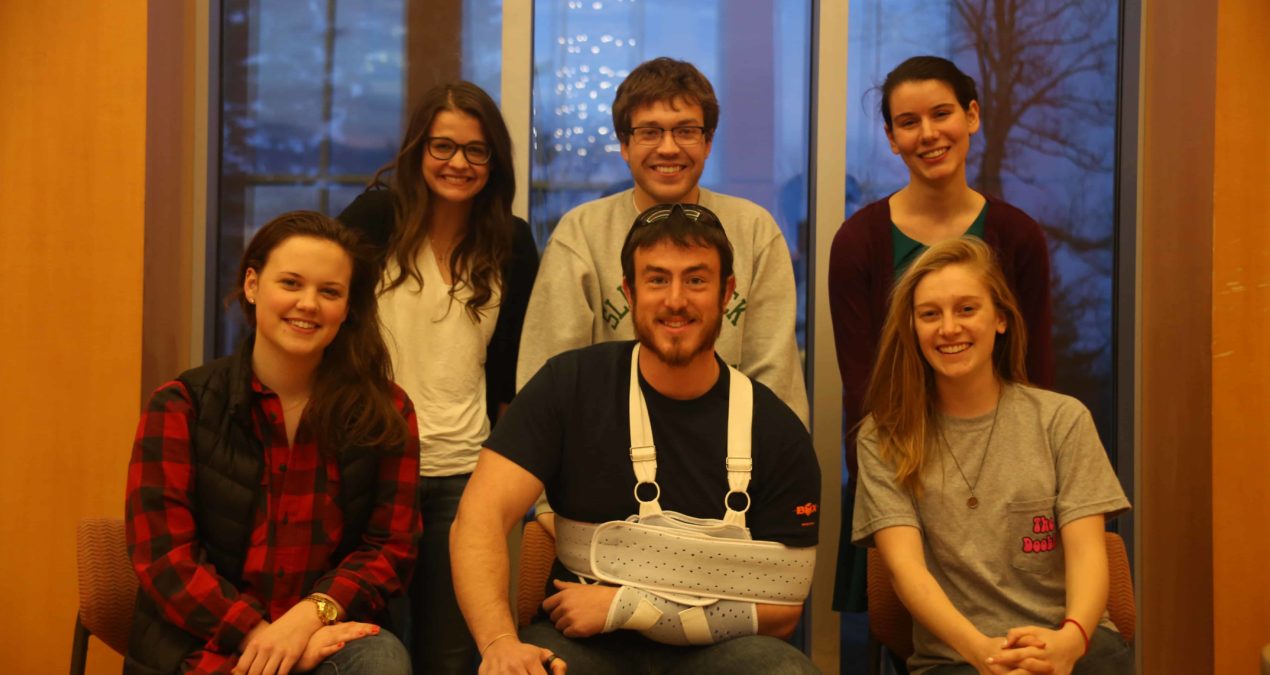 Sara Vincent ‘16 grew up around business; her father works in marketing and her mother works in advertising. So when the communication major, economics minor read an article about Georgetown’s student-run and owned businesses last December, it’s only natural that she “thought the idea was really interesting.”

Vincent is the founder of Denison Enterprises, a new student organization that seeks to foster entrepreneurship on campus by meeting student needs through different student-run start-up businesses.

Vincent was inspired by sophisticated student entrepreneur programs and organizations at schools such as Northwestern and University of Dayton, whose “Flyer Enterprises” raked in $1.5 million last year, according to Vincent.

Vincent and her co-founders believe that business ideas on other campuses would be successful at Denison: on-campus storage over the summer, t-shirt printing and a place to sell residential essentials such as comforters, fans and blankets.

Before Denison Enterprises moves on to help create businesses, they’re consulting for a big one: The Bandersnatch. According to Vincent, the student-run coffee shop is subsidized through the university, and the goal is to help them become completely independent — soon. Founding member Chris Martin ‘15, an economics major, lead a full-scale financial audit of The Bandersnatch. Vincent says that the audit allowed them to see which items were most profitable, how to control costs, and which nights were most popular.

There are ten students that sit on the Denison Enterprises executive board, as well as nine administrators and faculty members that sit on the board of directors. Some of them include communication department chair Amanda Gunn, Director of Administrative Services Jenna McDevitt, as well as President Weinberg’s wife Anne Weinberg, who has a background in marketing. Although no students sit on the board of directors, they still run the show: “[The board] doesn’t have a veto, and it’s an advisory role,” says Dylan Parson ‘16, another founding member.

The students behind Denison Enterprises are confident that their organization will be able to fill the dearth of entrepreneurial opportunities on campus. Martin says that though he likes attending a liberal arts college, he wanted “to get some hands on experience.”

Furthermore, Martin says, if a student is interested in politics, they can join a student political organization—“but if you have any interest in running a business there’s no outlet for that.”

The student group also has a long-term vision. Vincent says that some of the profit or surplus that comes from savings “could be poured back into campus” in the form of renovations or scholarships. “We don’t want to exist for money,” says Vincent.

Relay for Life raises over $29,000 for cancer research

Navigating STDs on a college campus: what to know