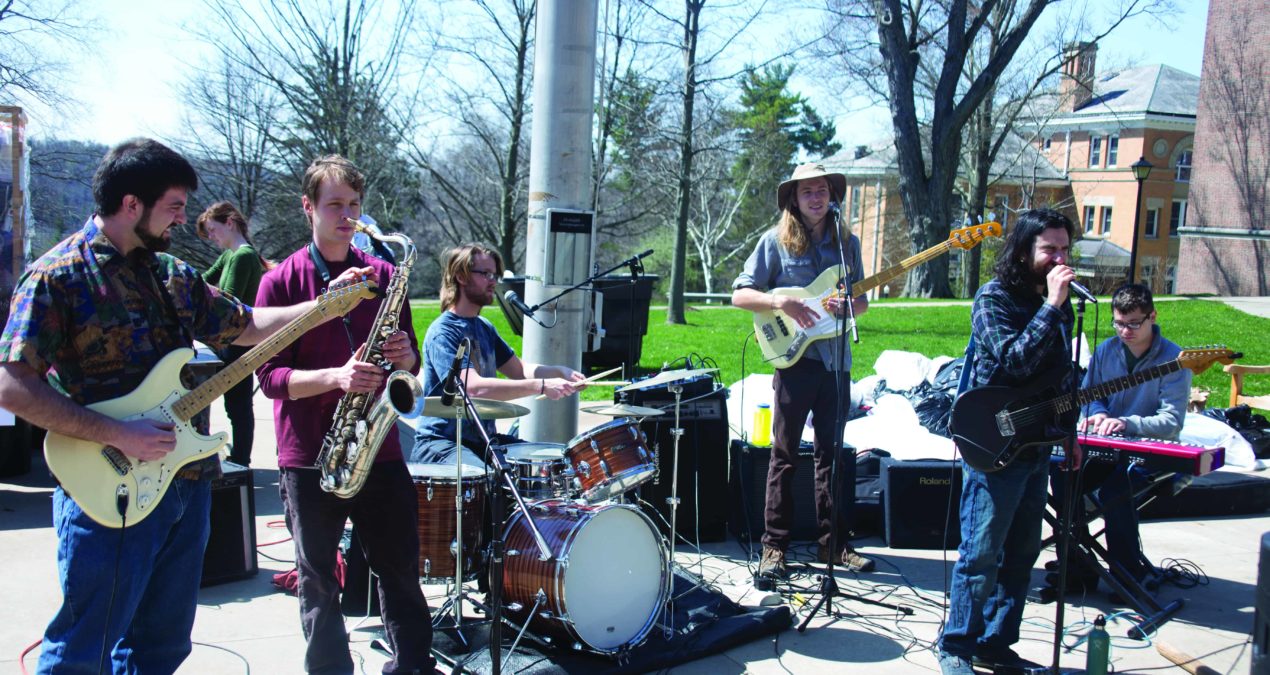 A-Quad was filled with the music from Osage for this year’s Earth Week Festival last Thursday. Secretary of the Green Team Mollie Evans ‘16 from Cleveland, Ohio, said the goal of the event was to “spread awareness of all the projects we are working on.” OrgSync describes the Green Team as “a group at Denison that focuses on spreading environmental awareness on campus.”

Evans said that the “Green Team came up with the idea for this and reached out to other sustainability groups.” They collaborated with the Sustainability Fellows, Office of Sustainability, Thirst Project, Homestead, PEAS, Denison Museum, Denison Student Farmworker Alliance and Bon Appetit to host the festival.

To encourage sustainability, the Green Team hosted a clothing exchange. Students gave away their old clothes and picked up new clothes for free.

Monica Edgerton ‘14 of Akron, Ohio said, “I always go to every Earth Week and I love the people. I really wanted to talk with the Student Farmworker Alliance.” Sahila Jorapur ‘15 of San Jose, Calif said, “It was fun to see so many students out on the quad.”

Other students weren’t aware of the festival and just stopped by. Natalie Rorick ‘14 of Waite Hill, Ohio said she was walking by and stopped because of the pig, Ducky.

Earth Week began on April 17 and will end on April 24. Other events in Earth Week include the Trash Sort and Recycling Tower, a Tree and Wildflower Walk led by Dr. Warren Hauk of the Biology Department, Farmer Friday with Stutzmans Grain Farm, the Homestead Open House, Mushroom growing and a film screening of Trashed.

In previous years, the Green Team has celebrated Earth Day, but this year decided to make it an annual week-long event.

Who got in: Denison’s class of 2018 revealed