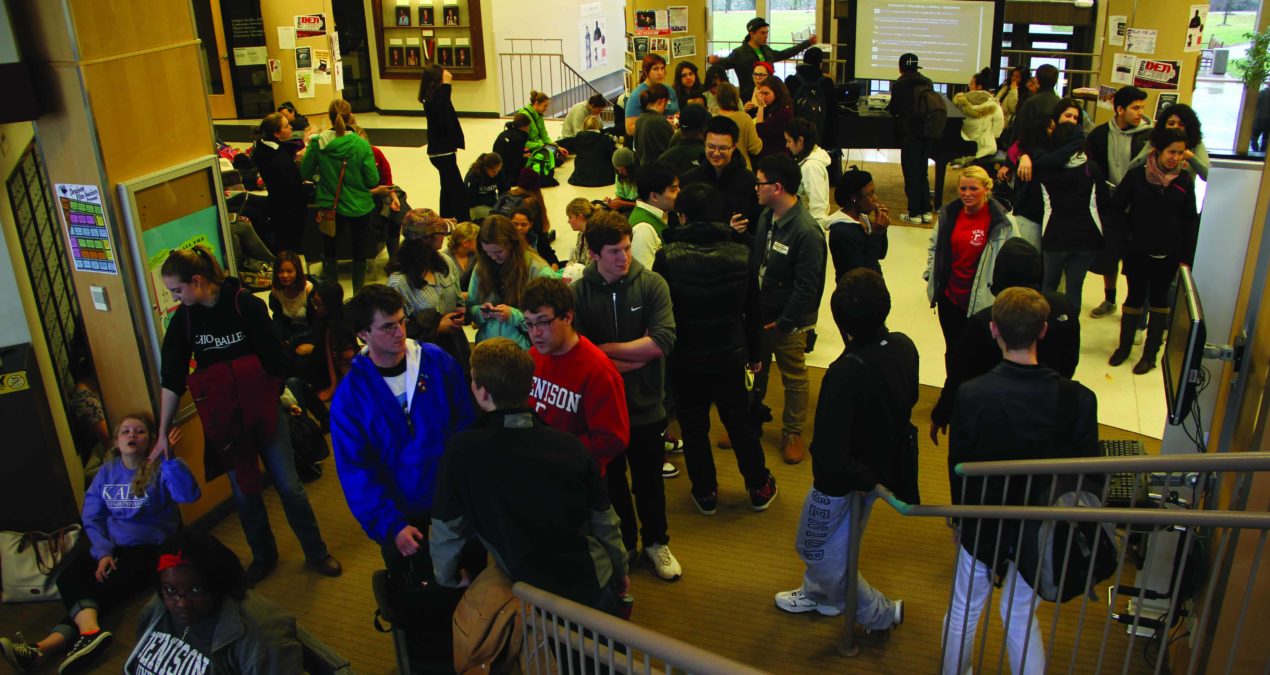 THE HUNGER GAMES is one of my favorite movies, and last Saturday, I got to simulate it with the senior housing lottery for the fall of 2014. My group was lucky—we got number 71 in the general lottery with 72 apartments left, and by the skin of our teeth, we’ll be spending senior year in Good Hall (or more accurately, Sunny D). But while I’m happy, my concern lies with my peers in the class of 2015 who couldn’t get housed in the apartments they’ve been dreaming about since freshman year, and are in Stone—or worse, in singles on North Quad.

Lottery for us is probably the equivalent to filing taxes for our parents: that thing you don’t ever want to do, but must. I can’t stress in six hundred words how important this is for some people. The unfortunate thing about housing lottery is that it brings out the worst in people. When group 39 didn’t show up? “Skip ‘em!” When group 50 decided to go with their individual number? Cheers. And when you see your peers with better numbers storming down the stairs from the Roost with their golden ticket to the Brownstones, you’re a little happy for them—but more jealous.

For my group in particular, we spent our first two housing lotteries with numbers that were laughable (anywhere between 100 – 220). But we thought, we’ll sacrifice the six-man in Shaw for the apartment in Chamberlin. Our mistake was thinking we would actually have the choice.

If I’ve learned anything from political theory this semester (and I’ve learned a lot) it’s that choice is a privilege, and in housing lottery, there’s a pretty clear line between the people who have choices and those who don’t. For us, it was Sunny D basement or Sunny C third floor. For others, it was a single in Mo-Hutch or a single in Sunset House. There’s choice, but then, there really isn’t.

One thing we could do is stop the process from being random. While randomizing lottery ensures fairness, it also allows us to not consider other factors, which our peer schools are considering. Oberlin and Kenyon Colleges are taking semesters in residence, credit hours, class registration and disciplinary issues into account when distributing lottery numbers. Oberlin, in fact, doesn’t even use a schoolwide lottery that encourages the Hunger Games atmosphere; instead, students are given “appointments” to come and pick out their housing. At Dickinson College in Pennsylvania, students don’t even leave their rooms—housing is done on an online portal called “MyHousing.” And Carleton College, in Minnesota, has an almost identical process to Denison’s—the difference? Students can live off-campus if they want to.

Another possibility that could be extremely helpful to seniors without further changing the lottery system is simply having more apartments. There’s always a conversation going on about what students want, and apartments are at the very top of the list. If we just converted King, Huffman or Sunset House into apartments, we would find ourselves with more options and a less strenuous process. Moreover, students that cannot afford apartments or suites, and as a result find themselves with less freedom in housing options could use some relief. Kenyon actually eliminates the cost difference between a double and a suite or apartment for needy students so that there are no barriers for them.  While the lottery system will never be perfect, we should be seeking to create a system where we have more winners than losers.

‘Justice’ in student settlement more blurry than we think