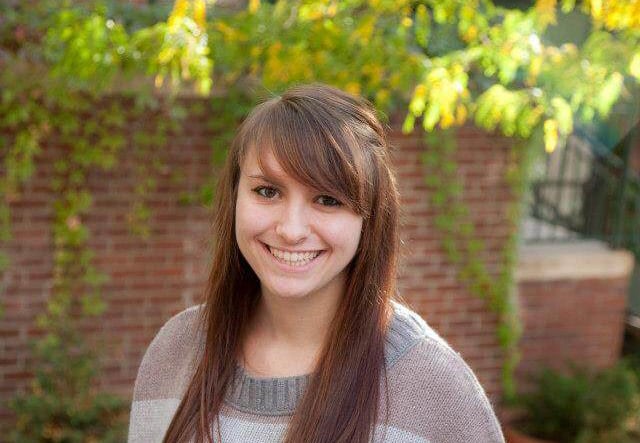 By Ciara Baird ’17, Special to the Denisonian

I GREW UP in a medium-sized, liberal, hippie town in Colorado at the base of the Rocky Mountains. I was raised by a single mother and learned from her how to be a strong and independent woman. Throughout my childhood, I never experienced bullying and I didn’t truly understand what it was until I entered high school. I always thought bullying happened when the big, mean kid on the playground wanted your swing and took your lunch money.

My sophomore year of high school I discovered first-hand that bullying can come in all different forms, in person and behind a computer or phone screen. The big, mean kid isn’t always the culprit. I learned to deal with what people said to and about me because my mother instilled in me great confidence and a thick shell.

Spending my high school years dealing with bullying was no easy feat and I was certainly ready to graduate and head to Ohio for a fresh start. I spent the first couple of months at Denison homesick, like most other freshmen. Adding a breakup to the mix didn’t make things easier and I spent a lot of time crying missing my mom and my home.

The boys on my floor didn’t know my name. I wasn’t Ciara, but “the girl who cried in people’s rooms”. I figured there were worse reputations to have, but it still hurt that showing my feelings demeaned me to someone’s idea of who they think I am. Besides, living in rural Ohio with people much more affluent than myself was quite the culture shock, but I still enjoyed being in Granville.

As the year wore on, I became less shy and began making friends with the inhabitants of my floor. I didn’t expect everyone to like me; I am not everyone’s cup of tea. This does not mean that I was prepared for the insults I heard.

One day, I was walking down the hall when a boy decided to scream at me that I am a “slut”, “whore” and a “cunt”. I told him and his laughing friends if he needed a word with me then they could talk to me politely without name-calling. After this experience, they would harass me when I walked down the hall by slamming their doors when I passed by or calling me crazy.

Second semester arrived and the first weekend back came with a traumatic event, leading to yet more bullying. When I went out I got shoved by boys who were friends with someone involved in that event. They would also tell me that I was a liar, that I would be expelled and told others to stay away from me.

When I would leave a room, the people inside would immediately begin talking about me and what happened, believing that I couldn’t hear. The final nights before break were some of the worst. Boys would walk past my door, rip pictures off of it and say that “I would go crazy, I would go f***ing nuts.”

I have wonderful friends who have supported me throughout this tough year, but words hurt. I was taught, as Thumper says, “If you don’t have anything nice to say, don’t say anything at all.” I hope that I can shed light on the environment that surrounds Denison and the bullying that occurs in front of others

When you witness someone being bullied, stand up for them and let them know that they are not alone. Only you can choose how you’re going to treat others, each day is a new day to be nice to someone, even if you were mean to them before. As Michael J Fox says, “One’s dignity may be assaulted, vandalized and cruelly mocked, but it can never be taken away unless it is surrendered.”

A mindful Denison: The power of a single act