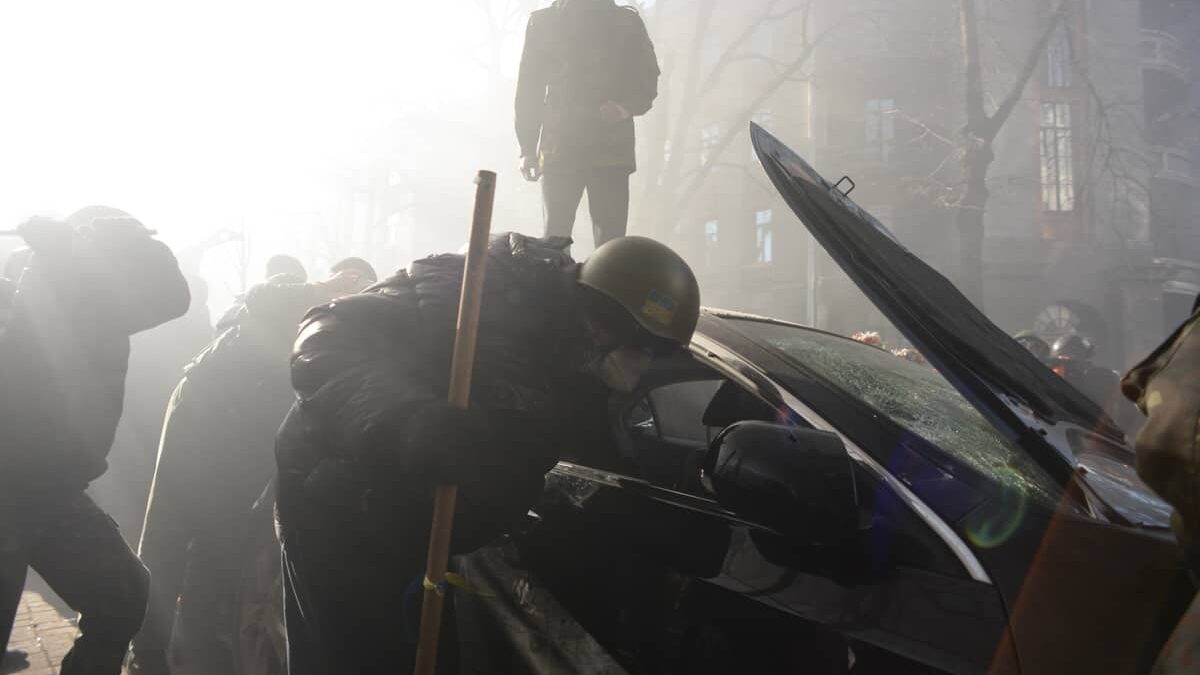 DESPITE THE MEDIA bombast over Putin’s recent actions in Ukraine, tales of Russian tanks rolling in are not new to me. My Hungarian grandfather dug trenches against them twice – once in 1945 to defend his childhood home in a village called Sashalom, then again in 1956 to defend a Budapest high-school dorm where he was prefect.

Czech history teaches similar lessons. There was, of course, the Prague Spring in 1968, when the Warsaw Pact teamed up to crush liberal Czech communists. But what is perhaps more relevant to the Ukraine today is not ‘68 but ‘38 – the Sudeten crisis.

The Sudetenland is the part of Bohemia historically inhabited by ethnic Germans. Before World War II people there overwhelmingly spoke German. After Hitler came to power, he proclaimed that all Germans ought to be united under a single Reich. When the nascent Czechoslovak Republic tried to put up a fight, Europe’s great powers met in Munich and agreed to cede the Sudetenland to Germany.

They called it “appeasement,” and the Allies was confident it would work. Britain’s PM Neville Chamberlain, returning from Munich, proclaimed “peace in our time.”

Even 75 years later, the West doesn’t seem to be learning from its mistakes even when it faces an appallingly  similar situation in Ukraine. The parallels are as obvious as ominous.

In both cases, you have relatively new countries (Czechoslovakia – 20 years old, Ukraine – 23) split between two large ethnic groups (Germans and Czechs, Ukrainians and Russians), one of which has an exponentially stronger patron (Nazi Germany, Russia) on the upswing from a defeat (WWI, Cold War) riding on nationalistic aspirations bolstered by Olympic recognition (Berlin 1936, Sochi 2014), helmed by strongmen (Hitler, Putin).

But most importantly, both countries began their territorial re-expansion with claims of ethnic irredentism. Germany, of course, quickly upped the ante. Russia hasn’t – yet.

But in a Guardian article from late March, a former aide testified to Putin’s thirst for the Baltic states and Finland. Events last week in eastern Ukrainian cities suggest Russian provocateurs have already infiltrated Ukraine and are preparing a pretext for another Russian invasion.

I’m usually a pacifist, but in the defense of Ukraine, I advocate NATO pursue a “no holds barred” policy. Officials have ruled out military intervention. I don’t think this is the right policy,

Only the threat of military response will force Putin to back down. The handy thing about dictators is that they can make snap decisions while democracies deliberate. The military threat, under the Commander-in-Chief, circumvents this problem.

I don’t want war, it looks like it’ll be out of our hands soon. The shadow of ‘38 looms dark. Let’s not make the same mistakes again.

The importance of traveling alone